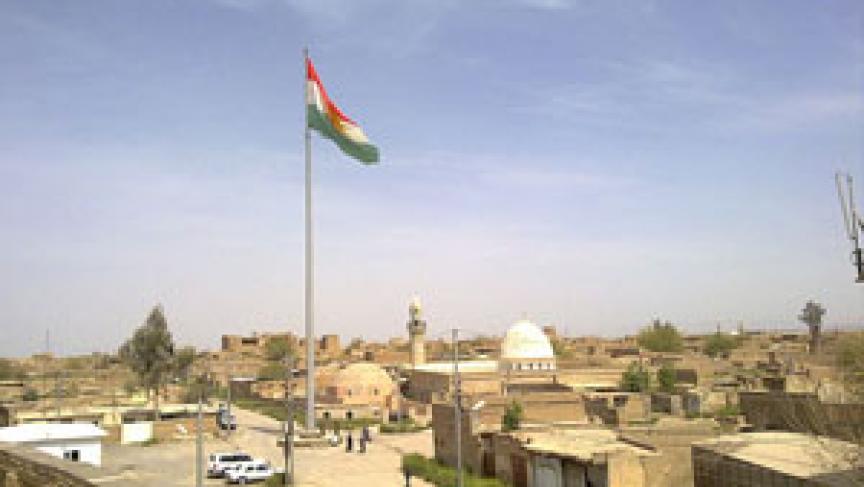 The emotionally, physically and psychologically disturbing practice of female genital mutilation (FGM) is surprisingly common in Northern Iraq. A recent survey found that more than 40 percent of women in the Chamchamal district had undergone the risky procedure that involves the removal of the clitoris and sometimes other genital parts. Some women as young as 3 to 12 years old have been forced into the situation by family members. A recent report by the nonprofit Human Rights Watch focused on the problem and called on the Kurdish government to take action to stop it.

"What this report does is it really does tell that story of how unexpected, surprising and really harrowing this experience is for these little girls," Human Rights Watch's Jessie Graham told PRI's The World. The women are often forced into the situation by the elders in the community, and by their mothers, aunts and cousins. Some believe it is an Islamic sunnah, an action taken to strengthen one's religion that is not obligatory.

Many Muslim scholars have spoken out against FGM, according to the report by Human Rights Watch. Some have said it is contradictory to the teachings of Islam. Clerics, interviewed for the report, said that "any practice interpreted as sunnah endangers people's lives, it is the duty of the clerics to stop it."

The practice continues, however, in part because the government is not doing enough to stop it, the report contends. The Kurdish government is relatively progressive on issues of women's rights and domestic violence, but it has not addressed FGM in a systematic way. A majority of the members of the autonomous the Kurdistan National Assembly supported banning FGM in 2008, but the bill was never enacted into law. And the current government has taken no actions to stop the practice.

The government needs to both ban FGM and work with communities to put a stop to it. According to Grahm:

It's dangerous, it really interferes with the quality of women's lives, it's something that can have lasting health effects, both mentally and physically."So they need to come out against it and say this isn't a religious practice, this isn't a traditional practice that we need to hold onto.