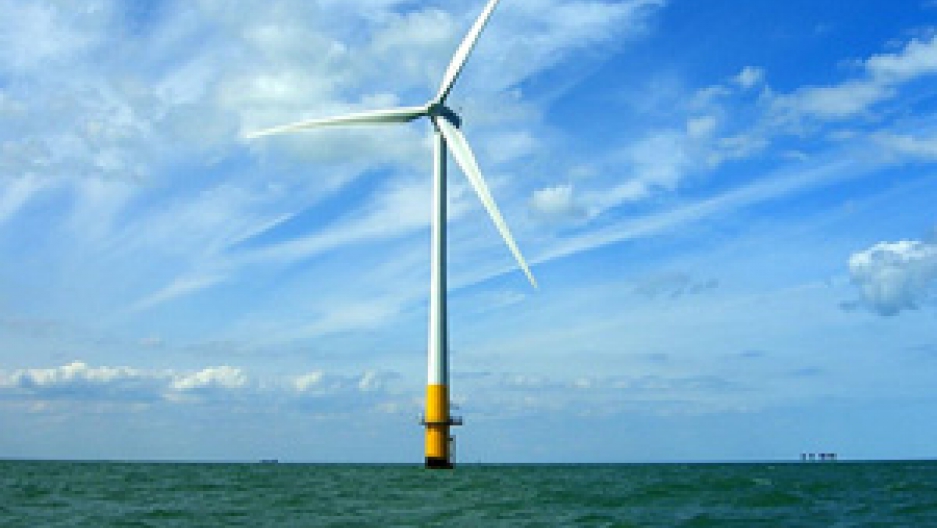 One of the largest offshore wind farms is located in the Thames Estuary in the U.K. (Image by Flickr user phault (cc: by-nc-sa))

After a decade-long battle, the Cape Wind offshore wind farm has been approved by the federal government. Despite some strong objections, Interior Secretary Ken Salazar approved the permit for the facility.

"I am approving the Cape Wind project with modifications that will help protect the historic cultural and environmental resources of Nantucket sound. This will be the first of many projects up and down the Atlantic coast as we build a new energy future for our country."

Salazar says Cape Wind's 130 turbines could generate 468 megawatts of carbon-free power, about as much as an average coal fired power plant. It could also generate a thousand jobs, something that excites Marty Aikens of the local electric workers union.

This is about jobs; this is real jobs, clean energy for America," said Aikens. "There's tin knockers, there's iron workers, there's carpenters, there's pile drivers, I mean -- we're all in this."

According to Bode, wind projects are in the works in Delaware, New Jersey, Rhode Island, Texas, North Carolina and Ohio.

"In addition, there are others in the development pipeline, including projects off the Virginia coast, and near New York in Lake Erie, as well. Many of them actually already have signed, purchased power agreements with utilities and are being actively encouraged by the governor and the economic development in their home states."

While there's a lot of excitement around the Cape Wind project, opponents are quick to point out that it isn't a done deal.

"I think this is so far from over," said Audra Parker, president of the Alliance to Protect Nantucket Sound. "State and local permits are being challenged in the state court. There is no sort of power contract for Cape Wind and we have an extremely strong legal case in the federal court, so I believe we will win."

If Cape Wind ends up mired in court battles, it won't necessarily signal the end for other offshore wind projects, says Bode. "The next one that's in the pipeline will know that they will receive long-term commitment from at least this administration to move forward on those."

Opponents of Cape Wind point to the fact that there is currently no contract to sell the electricity produced into the grid. But Bode says wind power will be highly cost-competitive over a 20- to 30-year period. And, she adds, the recent oil spill in the Gulf makes a strong case for wind energy.

"I mean the thing to take from this is that you have to make choices when you look at what your source of energy is going to be. And we think we offer absolutely the best, most sustainable, supportable source of electricity out there. I think the turbines are magnificent, they're a symbol of our dedication and our commitment to our kids' future, and to having clean air, and having a clean environment, and to having jobs for them."