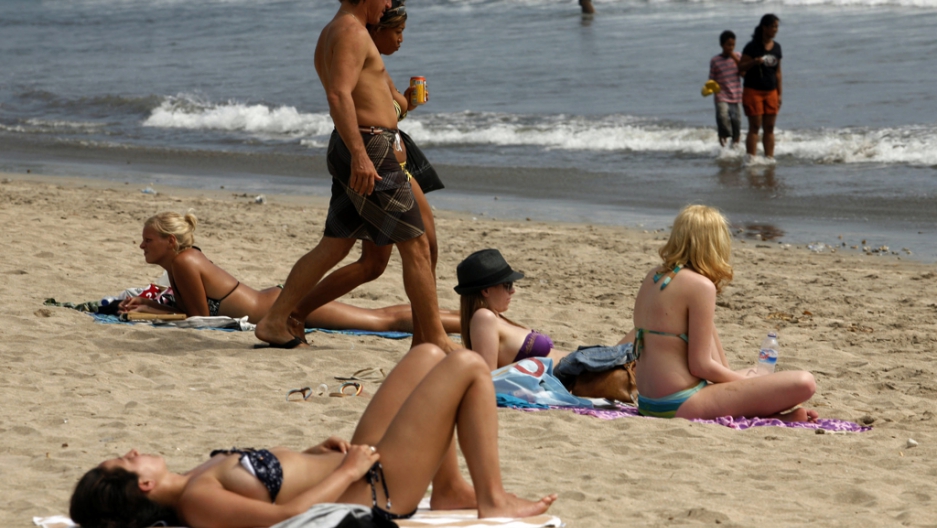 BOSTON — The arrests this week of 28 "beach boys" in Indonesia — accused by the authorities of selling sex to female tourists — highlights a surging global phenomenon.

GlobalPost correspondents and editors have observed this brand of female sex tourism in many corners of the world, including Jamaica, Jordan, Senegal, Ukraine and elsewhere. There is a growing body of work by film documentarians and authors chronicling what appears to be a thriving subculture. At resorts, beach communities and tourist attractions from Egypt to Indonesia,  women with disposable incomes are negotiating with local men who are in the business of offering the service of convenient coupling for female tourists on holiday.

More: Who is to blame for sex tourism?

The recent arrests, on the island of Bali, coincided with the release of a documentary on the resort's "gigolos." The film, "Cowboys in Paradise" — which contains candid interviews with local men and the foreign women who fall for them — had gone viral on the internet but has since been removed from the official website by its makers. Here's a YouTube trailer.

It's by no means the first attempt to describe a phenomenon that, according to Jeannette Belliveau, author of a book exploring the subject — "Romance on the Road" — is "going on everywhere from Fiji to Peru, well outside of the Caribbean and Africa and southern Europe."

GlobalPost correspondents Tom A. Peter in Jordan and Anne Look in Senegal report that business for the local men — and in many instances boys — who seek out foreign women, usually on vacation, has never been better.

Peter, based in Amman, traveled to Jordan's south, where many foreign women — particularly Europeans — test the definition of tourism by becoming sexually, even romantically, involved with local guides and other tourism industry workers.

Look, meantime, found the beaches of Senegal to be rich pickings for European women "of a certain age" who proposition young men, invariably trapped in a cycle of relentless poverty, for sex in exchange for "gifts" like electronics and often cold, hard cash. Many of these women claim they're just doing what middle-aged men have been doing for centuries: taking up with someone half their age and giving them an all-expenses-paid ride in exchange for sex.

Female sex tourism, though certainly less pronounced than the male equivalent — and arguably more taboo — has provoked ongoing debate as the subject of writers, filmmakers and researchers for decades.

J. Michael Seyfert in his recent cult hit film "Rent-a-Rasta," follows the lives of Jamaican men who offer their "services," be it companionship or sex, to foreign women in exchange for money, gifts or even the promise of a better future abroad. The 2006 film's opening even quotes a popular 1980s American movie, "How Stella Got her Groove Back": "Sex tourism, a product of slavery, is not new to the Caribbean. Every year, over 80,000 middle-aged women flock to Jamaica to get their groove back."

The 2006 film "Heading South," focuses on a group of middle-aged American and European women who visit dirt-poor Haiti in the late 1970s and link up with local boys (few are out of their teens) eager to provide sex to middle-aged female guests who lavish them with money and gifts. In the film, the 55-year-old American "Ellen" speaks matter-of-factly about the practice: "I always told myself that when I'm old I'd pay young men to love me."

The reasons Western women travel and engage in liaisons, brief or otherwise, with local men are also the subject of non-fiction. In "Romance on the Road," Baltimore native Belliveau pulls together an impressive array of statistics and writes of her own and other women's experiences as single travelers.

"I look in my book ... at how conquering soldiers through time have taken local women as part of the spoils of that clash of encounters. Today, the conquering hero is the Western woman who has a good job as a nurse or professional or writer or whatever. And she can have her pick of men," she said. "The transaction isn’t just simple money for sex at all. I’m 1,000 percent sure none of the women I talked to [for her book] paid for anything. "Their story was: 'I made love with a Fijian guy in the surf in Maui.'"

Laughing, she continues: "It was always in water. Another was in a bathtub with a Maori in New Zealand. A third one was in the Red Sea in Egypt.

"And it was all very much heat of the moment. It wasn’t, 'I’m going to the Dominica Republic to pay Pablo the going rate.'"