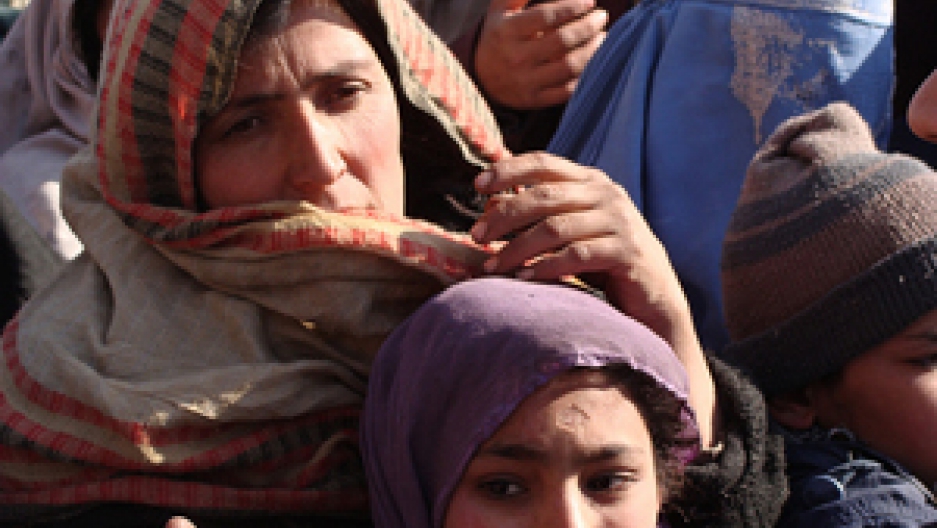 The Taliban in Afghanistan have become so strong that UN Secretary-General Ban Ki-moon has warned the Security Council that a "deteriorating” situation could become "irreversible."

Even the generals of the International Security Assistance Force  (ISAF) in Afghanistan concede they can't win a military victory against the Taliban with just 18 months left until US combat forces begin to withdraw. Their best hope is to persuade low-ranking fighters to switch sides, and to negotiate with Taliban leaders who renounce violence and agree to share power. But that won't happen, they say, unless the insurgency can be weakened first, and that won't be easy.

Lieutenant General Nick Parker is Deputy Commander for ISAF under General Stanley McChrystal. He admits ISAF in the last six months has lost initiative. But, he says, General McChrystal is an empowered commander, whose "population-centric" approach to counterinsurgency should produce progress.

"He has 30,000 more US troops and over 7,000 NATO troops, so he is an empowered commander who can undermind the insurgency," said Parker.

Parker described the population-centric strategy as one more focused on protecting the population than capturing or killing the enemy.

At a conference on Afghanistan last week, Afghan President Hamid Karzai introduced a plan to reintegrate the Taliban as a way to decrease tensions inside Afghanistan. Parker says reintegration is just part of the rebuilding process.

"Reintegration is something which one would expect to happen in any of these conflicts where, those people who are fighting make a choice whether they say with the insurgency, or whether they come back and join the people and the legitimate government. And if they look and see the inevitability of the government of Afghanistan's success with outside support, a number of people will elect to reintegrate with the society which they've been alienated from."

Sarah Chayes, Special Advisor for ISAF in Afghanistan, is concerned that the reintegration strategy won't work unless Afghanistan's government is seen by the population as legitimate.

"A reintegration effort that is not combined with a robust focus on good governance, on punishing egregiously abusively corrupt officials, isn't going to last long," she said.

Ahmed Rashid, a Lahore-based Paskistani journalist and expert on the Taliban, agrees. He says if the Taliban is currently in a position of strength, perhaps now is the best time to reach out to them. But this alone won't be enough.

"You don't want President Karzai to use this excuse of talking to the Taliban as the be-all and end-all of the policy," said Rashid. "The policy has to be that he has to improve governance."

The reintegration strategy may have negative implications for the Obama administration. Vanda Felbab-Brown, Foreign Policy Fellow at the Brookings Institution, says it might come across as the administration being "soft" on the homeland security front.

"There is real danger for the administration to signal that they do not believe the military offensive, the multi-faceted surge will make a difference," said Felbab-Brown. "And thereby engaging in strategic negotiations with the Taliban leadership that was responsible for the al Qaeda safe-haven, that will be associated with 9-11, really leaves the administration vulnerable to charges of being soft on protecting US homeland."