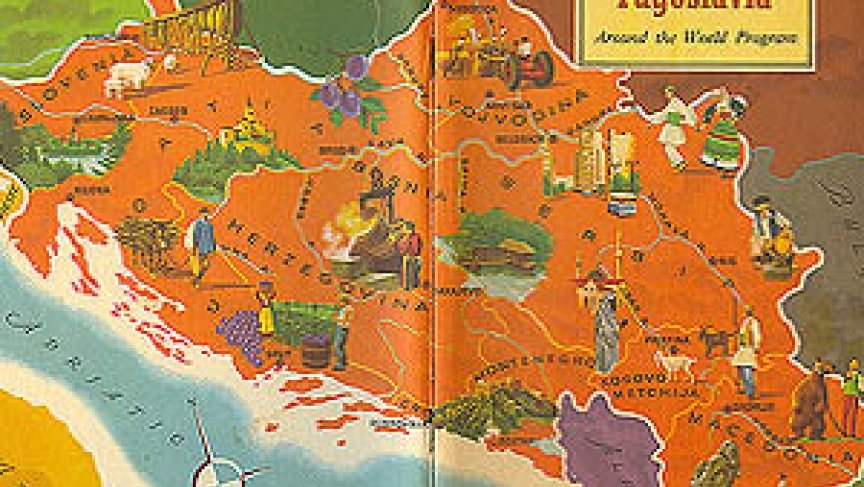 Tanganyika, an African country that once bordered the Indian Ocean and Lake Victoria, has disappeared from world maps. What happened to it?

Harry Campbell has the answer, and you can find it in his book called "Whatever Happened to Tanganyika?: The Place Names That History Left Behind."

Campbell says Tanganyika became independent in 1961 and three years later, "... it incorporated with Zanzibar ... and they simply took the 'Tan' of Tanganyika and the 'Zan' of Zanzibar and called it 'Tanzania.'"

There are about 50 examples of geographic name changes in Campbell's book. He says currently, one of the more infamous ones is Londonderry in Northern Ireland.

"There's some kind of procedure in progress at the moment to officially change the name from Londonderry, which is hated by the Republican community, to Derry, which is probably what most people call it; but that’s not an easy thing to do."

The political subtext in the Londonderry example exists to a larger extent for many other places in the world that have had name changes, says Campbell.

"Some of these things are very hot potatoes altogether, and they're to do with righting ancient injustices, or the head-on clash of two cultures, or changing from one language to another.

"A lot of places in Eastern Europe we used to call by their Germanic name, and now we use the Slavic equivalent. And of course the African ones often had European style names invented for them which have now been done away with."

In India, the cities of Calcutta and Madras are now Kolkata and Chennai -- Campbell cites these as the most blatantly political of all the examples.

Another one is Moldavia to Moldova. Moldova is a country sandwiched between Romania and Ukraine.

Campbell doesn't like this one. "I think it's just part of becoming a new nation, or throwing off the imperial shackles in the case of the Moldovans of the Soviet empire. They want to sort of re-brand themselves and have a fresh identity.  I supposed, you know, one can sort of sympathize. That is perfectly legitimate, but it makes people confused and uncertain. I mean, what's the adjective?  Are they Mold-O-vans or MOL-do-vans? No one knows how to pronounce it."

And then there's the Congo.

"People forget that there are in fact two [Congos]. There's the People’s Republic and the Democratic Republic; or Congo Kinshasa, and Congo Brazzaville.

"Kinshasa has been through some pretty bad times. It used to be 'Kin La Belle' because it was thought to be beautiful. It was one of the most elegant and modern African cities, but I don't think that it still really could quite be called that. It's suffered quite badly over the years."