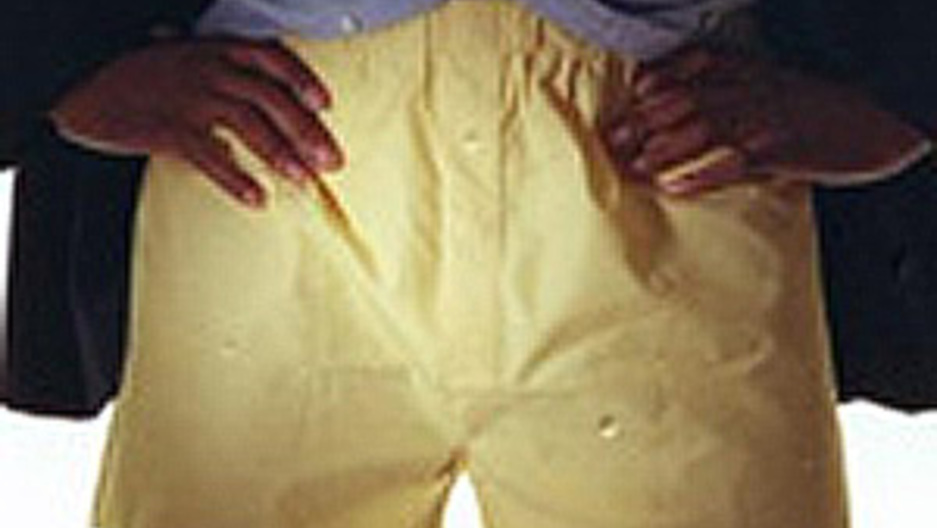 News of a dip in the numbers of US workers filing for new unemployment benefits could mean the economy is shedding fewer jobs now.  But unemployment is just one of many indicators analysts track to see how the economy is doing. Another, believe it or not, is underwear sales.

Marshal Cohen has been tracking underwear sales for more than three decades, the past ten with the market research firm NPD.

This is his reasoning behind why underwear is a good economic indicator: "You can go for just so long with the elastic having been blown out of your underwear. It’s a very uncomfortable thing for anyone who’s gone through that."

Those elastic blowouts do say a lot to Cohen. Looking at underwear sales might sound like an odd way to track the economy, but he says it is a good indicator because men’s underwear is a commodity, something we need. When we have a little extra spending money, we replace essential items first.

"And that’s the critical component," says Cohen. "When the consumer buys based on either pent-up demand or the necessity to replenish, that helps begin to get the consumer spending again, which in turn is a very good indicator that the recession is coming to a near halt and we’ll end up in the stabilization period, which will eventually lead to growth."

According to Cohen’s latest figures, sales of men’s underwear in the US are up slightly. That indicates that the US economy is now stabilizing. And this corroborates what many economists are saying.

But can the underwear theory be applied across cultures? Alex Collins in London, and Aaron Schachter in Beirut, went on a fact-finding mission.

In Lebanon, underwear sales appear to be up. Schachter visited several shops, including the Celio Store in Beirut, where he spoke with store manager George Khoury.

Khoury says in Lebanon, men buy for fashion, not comfort. "Lebanese people are always like attached to, what do you call it? Ego."

In other words, in Lebanon, men’s underwear is not exactly a basic commodity. It's $20 dollars for a pair at Khoury's store.

It seems like a bit of a stretch to interpret too much about Lebanon’s economy from underwear sales.

Fielding said sales have been up steadily over the past few months. "The trade were seeing is coming from the fashion brands, and then that’s really about color, vibrancy and the labels. Labels such Diesel, Armani, and Calvin Klein, doing really, really well for us."

It appears as if the fashion trend is similar to what’s happening in Lebanon. But in London, it does seem to indicate that the economy is getting better.

Katrin Magnussen is a senior fashion analyst with the firm Mintel in London. She says earlier this year, young British men were looking for basic, cheap, white briefs.

"And these obviously traditionally have been seen as an old man’s pair of underwear, not trendy, comforting and trusting, and tried and tested styles that they know will last. You know, they’ve gone for a style that isn’t fashionable at all, and isn’t sexy at all."

So if Fielding says they’re bringing sexy back in London, that does seem to indicate that London’s economy is not just stabilizing, it’s starting to grow.

Still, Marshall Cohen, the underwear expert, did caution against interpreting too much about another nation’s economy by looking at men’s underwear sales.

"Take this the right way. Some countries, underwear is a different kind of product, and/or a non-product at all. So you have to really pick and choose the right ones.  In other countries, some of the product is made by the consumer themselves, some countries they’re not wearing it, so it’s a little bit difficult to read all the time in many of the other places."