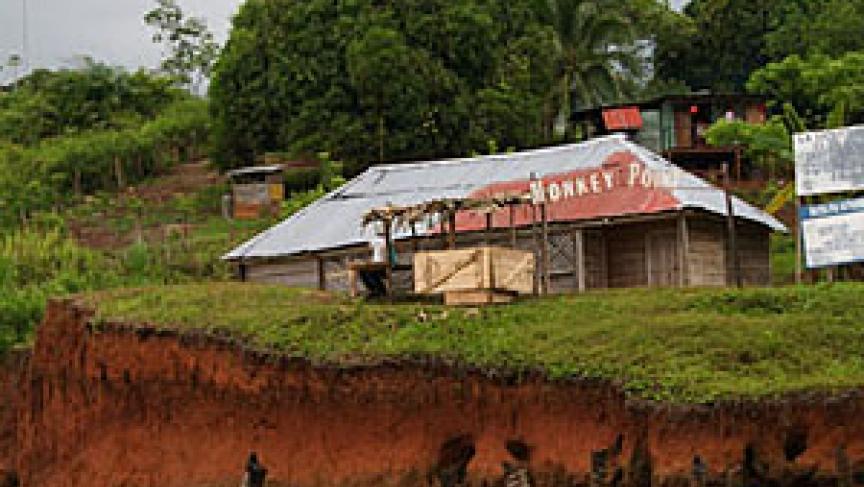 Anu Ramaswami is an environmental engineer at the University of Colorado in Denver, and directs a program on urban infrastructure development. She explains why, when it comes to the developing world, technological fixes often fail to deliver on their promise. Ramaswami is available online to answer your questions -- join the discussion now.

Technology has the potential to transform the lives of the world's poor. Computers, water filters, renewable energy, improved crops -- all have been touted as tools for pulling people out of poverty.

Yet technological fixes often fail to deliver on their promise. The following story by "The World" reporter Eliza Barclay is one example. It's about two American brothers who tried a technological fix to poverty in Nicaragua and found out that good deeds can cause unintended consequences:

Mathias Craig is an engineer and social entrepreneur. He's obsessed with windmills: "To me they seem a perfect mix of an opportunity to do something that has sort of a social good and an environmental good."

As a child, Craig spent a lot of time in Nicaragua, visiting impoverished villages that had no electricity. Later, as an adult, he got an idea: why not bring windmills to these villages? The windmills could provide clean power and help people escape poverty by lighting schools and health clinics and creating jobs.

Craig explored this idea as a graduate student at MIT. "I took a class called entrepreneurship in the developing world. So I combined that with my interest in Nicaragua from my childhood, and came up with blueEnergy."

BlueEnergy is a company Craig founded in 2004. He started it with his brother, Guillaume. Guillaume Craig now oversees the company’s headquarters in the town of Bluefields, on the Caribbean coast of Nicaragua.

When the brothers arrived in Nicaragua, they had their work cut out for them: 80 percent of the coastal population lacked electricity.

The Craigs installed their first wind turbine in 2005, and since then they’ve added 11 more. Gradually, they’re reaching the forgotten outposts of the Nicaraguan coast, places like Monkey Point.

Last year, blueEnergy installed the wind turbine and a handful of small solar panels. Together, they produce about half the energy consumed by a typical American home. But here it’s enough to power 27 households, a school and a health clinic, at least for part of the day. Locals appreciate the electricity.

But the arrival of electric power has not transformed this community in quite the way the Craig brothers had hoped. The town is still poor and jobs are scarce. And if you talk to locals and ask them, 'what’s the best thing about having electricity?' Here’s what they’ll tell you: television.

Mathias Craig says promoting TV was not why he and his partners started their venture. "Definitely some people within the organization, within blueEnergy, were a bit frustrated, a bit disappointed that they had worked so hard to bring development and opportunity to the community and here they were using it on television."

Some volunteers who came from America complained about locals frittering away the electricity on TV. In fact, many residents emptied their small savings to buy televisions to watch soap operas.

The Craigs learned a lesson: they can’t dictate how people use the energy they bring.

"The children them could come and watch TV and develop their minds, even with the one word or one letter of the alphabet," said MacClean.

But whether or not television is an ideal use of the electricity blueEnergy provides, the Craig brothers say they’ve learned another, deeper lesson. People in places like Monkey Point need many things: good roads, clean water, education. And these may be more important than electricity.

Guillaume Craig conceded this point. "Their priorities are not always energy. Sometimes [it's] drinking water because they’re getting sick and the children are dying from diarrhea. But we don’t impose, now, energy as the 'what we do.'"

The "what we do" of blueEnergy is now much broader. The Craig brothers have turned their energy company into an organization that takes a holistic approach to poverty.

The new beginning of the path is asking people what they need before deciding what to give them. And that’s something the Craigs are just learning to do.

Anu Ramaswami is an environmental engineer at the University of Colorado in Denver, and directs a program on urban infrastructure development. She explains why, when it comes to the developing world, technological fixes often fail to deliver on their promise. Ramaswami is available online to answer your questions -- join the discussion now.