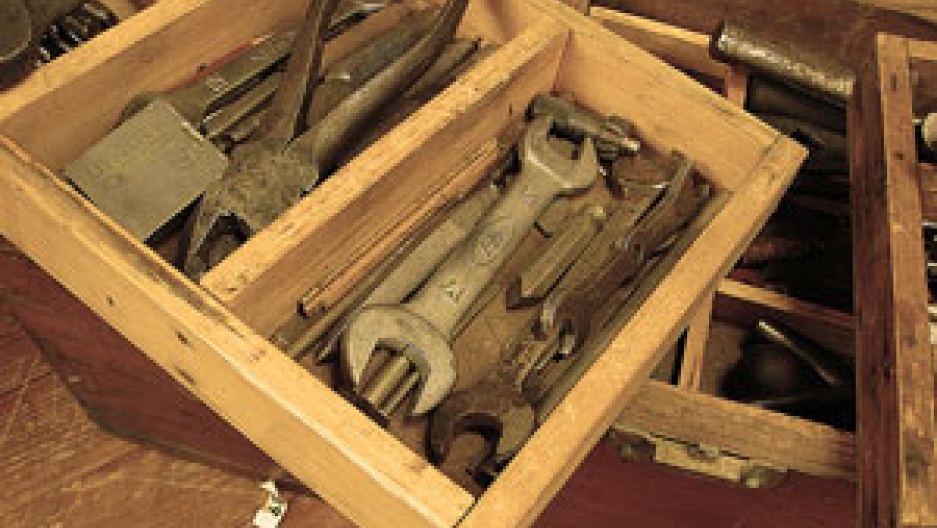 Matthew Crawford's book is titled "Shop Class as Soulcraft: An Inquiry into the Value of Work," and in it, he asserts that manual work is being disregarded in our information economy, and that's a problem.

Recently, Crawford told Steve Paulson on "To the Best of Our Knowledge" why manual work still matters.

"One thing that is interesting to me is how we could possibly think it isn't," said Crawford. "Someone has to actually do things: unclog the toilets, wire our houses, fix our cars. I think that kind of work has always been important, but it seems like in recent years, we've had this idea that somehow we are going to be taking leave of material reality and gliding around in a pure information economy."

Crawford writes that in the information economy that we now find ourselves in, there are certain assumptions that go along with it: Knowledge is power, you are supposed to get a college degree if you are going to have any professional success, and blue collar jobs are going the way of the dinosaur.

"You definitely need to learn a lot to find good work and to be successful. But, we've had this idea of knowledge work versus manual work as though they are two very different things. That is a distinction that doesn't make a lot of sense to me ... the kind of thinking that goes on in the trades would be genuinely impressive if we stopped to notice it."

Another example that Crawford gives is the stock mental library that experienced mechanics have.  Repair manuals that guide mechanics through the process of diagnosing problems are unable to fully anticipate every mechanical situation, requiring a level of improvisation.

Part of the attraction of manual work for him is the involvement of real objects rather than a theoretical discussion. Rather than comparing his ideology to another person's, an actual problem will either be fixed or not.

"I find that soothing. You know where you stand. I've done other work that was a lot more ambiguous.  Working in an office, sometimes the chain of cause-and-effect can get opaque and confusing, and responsibility gets spread around.

"As a result, that kind of workplace sometimes has a paranoid feel to it. You always have to be managing what other people think of you, because, for example, if you have a problem with your boss, you can't say, 'Hey, it's plumb, level, and square. Check it yourself.' I find that the job site can be a friendlier place, in my experience, less worrying about what other people think."

Though it might sound as though he places manual labor above desk work at all costs, Crawford is quick to point out something significant:

"Whereas working as a mechanic -- I've also worked as an electrician -- those jobs can never be reduced to just following a set of procedures. If you are someone who wants to use your mind at work, I think the trades are worth taking a fresh look at."