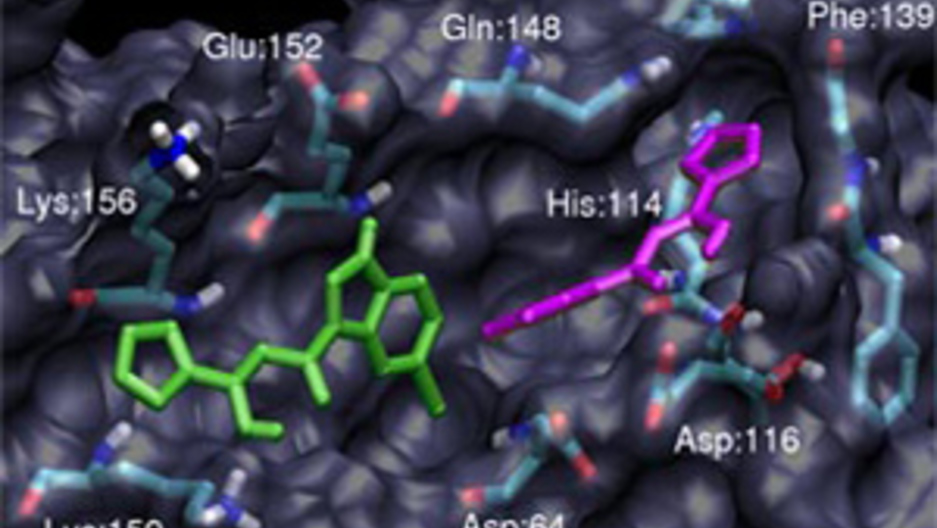 Story by Laura Lynch, "The World"

The search for an AIDS vaccine has been long, frustrating and mark by failure.  Most recently, one study was halted in 2007 after failing to prevent infection.  Five years ago, some scientists were suggesting this study was a waste of time.

But researchers in Thailand, sponsored by the U.S. military, carried on.  They found 16 thousand people there willing to take part.  Thanat Yomah signed up after seeing relatives infected with HIV.

"The reason I volunteered is because I really want the world to find a way to prevent HIV and AIDS," said Yomah through a translator.  "I live in a place that’s been facing a pandemic.  Some years ago, many people in our families and community died of AIDS.  So when this trial came to us, I really wanted to help."

For this trial, scientists combined two earlier vaccines that hadn’t worked on their own.  Eight thousand Thais between the ages of 18 and 30 were given the vaccine, the other eight thousand received a placebo.  After three years, the rate of HIV infection was a third lower in the vaccinated group:  51 people infected compared with 74 in the placebo group.

Dr Joseph Chu, a representative of the US Army Surgeon General who’s been involved in the trial, calls it a significant breakthrough: "Some people thought maybe we’ll never get to an HIV vaccine.  But the data from this study shows that perhaps we can find an HIV vaccine, finding a safe and efficacious vaccine is possible.  However, we still need to do a lot more work."

Dr. Kate Hankins, the Scientific Advisor to the UN Program on AIDS, is also encouraged by the result.

"The numbers are small, and the sample size at 16 thousand is probably less than what would have been required for a resounding result," said Dr Hankins. "But nonetheless it shows that we’re moving in the right direction.  The possibility that this occurred through chance alone is low; less than five percent."

Dr. Evan Harris is taking a special interest in all of this.  The British Member of Parliament participated in an unsuccessful HIV vaccine trial in 2000.  Some have raised questions about whether the U.S. military was using Thai volunteers as guinea pigs.

Dr. Harris rejects that: "So, this isn't a question of 'vaccination colonialism,' and experimenting on people in the developing world.  A lot of the early treatments, early studies -- particularly the safety studies -- were done on British subjects like me.  In fact, British Parliamentarians like me.  So, this isn't a question of testing something unsafe in the developing world.  It's far more relevant to test it on the sorts of virus subtypes that one sees in areas of high prevalence."

And in this case, the vaccine was tailored to combat the strain of HIV most common in Thailand.  That suggests the vaccine might not achieve similar results in other parts of the world with different strains, like Sub-Saharan Africa, given all the uncertainties.

Kate Hankins says it’s still necessary to emphasize other ways to prevent HIV infections. "We have other things that are more efficacious like male circumcision.  That’s not got the coverage it needs as yet.  We’ve got more to do on getting people to use condoms correctly and consistently.  We’ve got a lot of work do to on prevention to increase coverage while we’re trying to sort out this vaccine issue."

Sorting it out will take time.  Probably years of testing.

Dr. Joseph Chu admits he has no idea when or if there will be a vaccine: "I can’t tell you how long it will be but it’s certainly a lot closer than before we started this trial.  The thing that we’ll have to do right now is go back to the laboratory and find out what factors  actually help prevent the infection and  see whether we can improve on them."

It will need a lot of improving.  Most health authorities won’t consider licensing a vaccine for use unless it’s at least 70 to 80 percent effective.