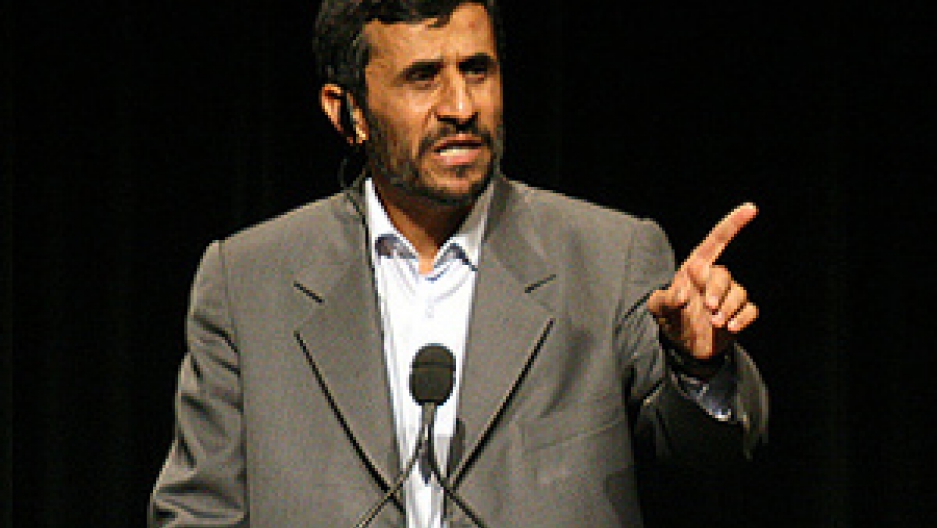 Nuclear disarmament is high on the international agenda this week with discussions at the United Nations and the G-20 summit. Adding to the sense of urgency are new reports that Iran has a second uranium enrichment plant, despite having previously admitted only to one.

The U.S. and Iran are set to meet in a series of high-level talks next week. In Pittsburgh Friday morning, President Barack Obama spoke about the need for Iran to halt their nuclear ambitions.

"Iran's decision to build yet another nuclear facility without notifying the IAEA presents a direct challenge to the basic compact at the center of the nonproliferation regime," said President Obama. "These rules are clear. All nations have the right to peaceful nuclear energy; those nations with nuclear weapons must move towards disarmament; those nations without nuclear weapons must forsake them. That compact has largely held for decades, keeping the world far safer and more secure."

Cindy Skrzycki, reporting for GlobalPost from Pittsburgh, got the reactions from the G-20: "It certainly was a surprise, and incredibly well-timed for Mr. Obama to be able to speak about -- and certainly in the right venue -- what kind of action will be taken on it."

Charlie Sennott, also with GlobalPost explains the international repercussions of the new revelation: "To see these three leaders sort of lock arms -- you have the United States, the United Kingdom and France in Pittsburgh, locking arms, saying 'we need to get inspectors in there' -- I think is a stronger move than the very defensive move that Ahmadinejad has made."

The story, as far as Sennott is concerned, is going to be about, "the dynamics of big foreign policy. How do we get China, and how do we get Russia to help hold Iran's feet to the fire on the UN inspections."

Skrzycki says the news will energize the protestors who have already been active at the Summit: "This is likely to become an issue with the protestors. There's a big protest planned for early this afternoon ... and this is certainly something that is going to energize their march.

On the table for months has been an offer from President Obama to open bilateral talks with Iran. Sennott believes the events around the June election in Iran, combined with its latest revelations, have made any form of talks much more difficult.