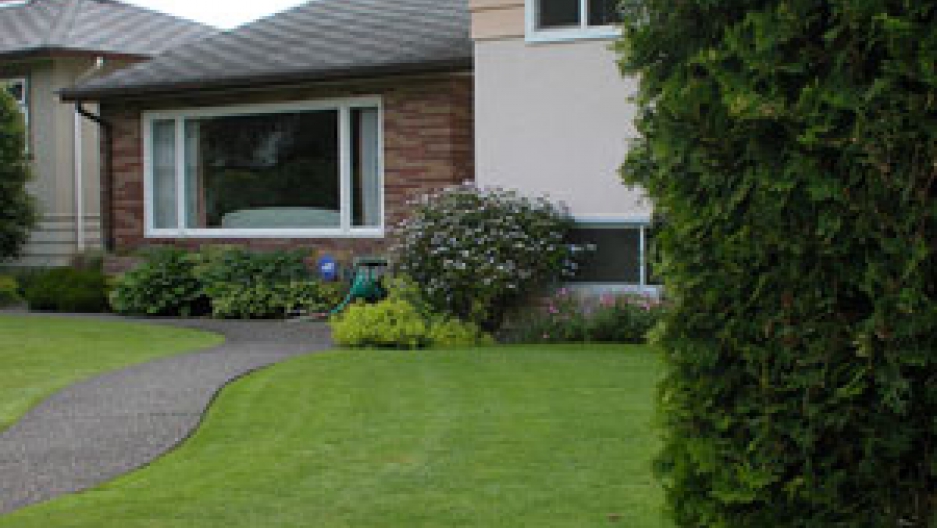 The dream of home ownership has turned into a nightmare for many Americans as the mortgage crisis has dug deeper roots across the country.  The numbers have shown that black and Latino communities have been especially hard hit.  A new report by the William C. Velasquez Institute takes another look at this aspect of the crisis, now three years in.  The report is called "The End of the American Dream for Blacks and Latinos -- How the Home Mortgage Crisis is Destroying Black and Latino Wealth, Jepoardizing America's Future Prosperity, and How to Fix It."

The president of the William C. Velasquez Institute, Antonio Gonzalez, says, "What we've seen in the last fifteen years was the greatest expansion in Latino and black home ownership in American history, in part, because of the risky loans that were promoted, but mostly because of the tremendous growth and a lot of self-organization within the black and Latino communities.

"This last three years of crisis has essentially unraveled that dramatic expansion of home ownership, and now there are lots of pundits and analysts and thinkers in the triangle of Boston, New York, and Washington, that are the country's intelligentsia, saying that, in fact, it was a mistake to expand Latino and black home ownership.  They couch it in terms of 'We went too far.  Sixty percent of Americans owning homes is the right percentage.  We went to seventy percent (i.e. dramatic expansion of black and Latino home ownership).  That was over the pale too far, and we have to get back to our sweet spot.'"

UCLA Associate Professor Raul Hinojosa-Ojeda, one of the report's authors, explains how this situation developed.

"It's very important to go back just a little bit further, to the 1930s.  We were in a similar crisis.  We were in a depression.  What really saved the country from the depression was the ability to create a pathway by which people could become a new middle class.  That is the bigger picture that we have to place ourselves in.

"Basically, 98% of the people that benefitted from the Great Depression, in terms of home ownership, were white.  That created a huge gap between white people and African-Americans and Latinos.  They have been playing catch up for many, many decades.

"It was only really until the 1990s that there was a celebration of that catch-up.  The problem is that the way in which people were being allowed to come into the market was through essentially a deck of cards that was not going to stand up.

"The sub-prime, rather than doing it the way that most white people did it during the 1930s and 40s and 50s, through the Federal Housing Administration, we went through a privatized version of sub-prime mortgages that really threw all of the risk onto African-Americans and Latinos.  They got the vast majority of these basically unsustainable loans.  Therefore we're not surprised to see the vast majority of the foreclosures coming upon them.

"This is not a sustainable process for a society that needs to now create avenues into the middle class of the African-American and Latino communities, which are going to become the majority of the homeowners in the future.  But, we have no path to get there.  That is the crisis."