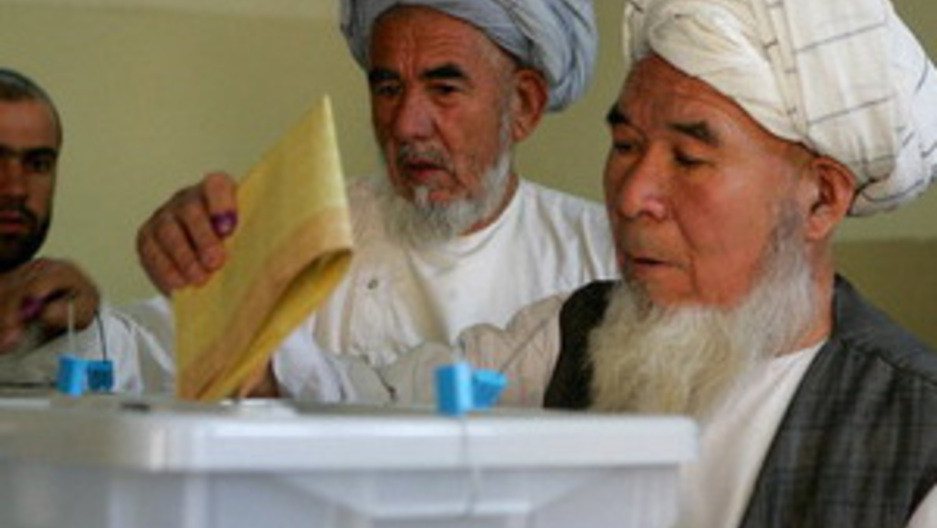 U.S. Special Envoy to Afghanistan Richard Holbrooke went to Paris on Wednesday for a meeting with more than two dozen of his international peers. He was there to pursue a fair outcome to Afghanistan's presidential primary election.

"Our advocacy is for a fair process overseen by the independent election commission, taking into account the decisions of the election complaints commission, a process which then elects a government that is legitimate and reflects the will of the people who voted," said Holbrooke.

The meeting was filled with reports of rampant fraud and further allegations of corruption during the country's second-ever presidential election since the fall of the Taliban.

Zahir Tanin, Afghan Ambassador to the United Nations, said the allegations are overblown: "We are concerned about the emphasis on fraud by the media that puts in question the legitimacy of the election, when millions of people voted under very difficult situations and constant threat of the Taliban."

The latest results from the election, with more than 60 percent of the ballots counted, show that incumbent president Hamid Karzai has 47.3 percent of the vote.

Emal Pasarly, a reporter in the BBC's Pashto section, was on the ground during the election. He said fraud is a not new concern and agrees with Tanin that reports are a bit overblown, "Elections in that part of the world always has these concerns ... this time around, there's a bit more talk about fraud than other aspects of the election."

Noah Feldman is professor of law at Harvard and author of "The Fall and Rise of the Islamic State." He believes the fraud allegations carry more weight due to the closeness of the race.

"The reason that fraud didn't matter so much the last time around is that none of the challengers came very close to President Hamid Karzai's vote total," said Feldman. "But that is different this time -- this time, Abdullah Abdullah, who is the other serious candidate, claims himself to have gotten as many votes as President Karzai. So a close election is one in which fraud matters tremendously."

The election's impact for the US, according to Feldman, is that it's at a very critical time as the Obama administration is considering deploying more troops to Afghanistan, "Right now we're in a position where ... public support for the war is dropping, but President Obama is on the verge of being under a lot of pressure to ask the public to put more troops in Afghanistan."

Feldman thinks the runoff will give President Karzai a second chance -- to have more legitimacy, "It depends on the margin of victory and it depends on Karzai being able to say to his own people, and then President Obama being able to say to the American public: look, this is the guy who got the most votes, this is the guy who should be president."