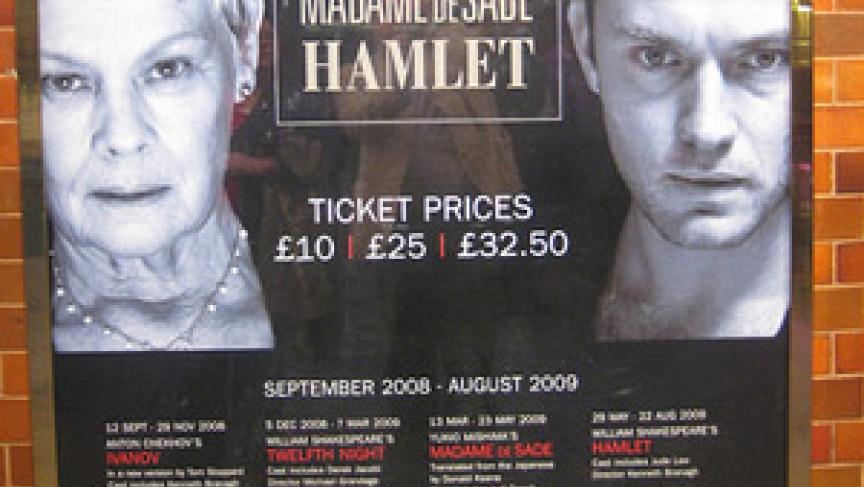 You can find stories about economic woe wherever you look these days, just about anywhere in the world. Stories about financial good times are harder to come by. But here's one: Theater is booming in London.

Mark Brown is an arts correspondent for the "Guardian" newspaper. On "The World," he said more people are going to the theater in London than ever before.

"There's been a 2.5 percent rise in attendance in the first six months of this year, which is something like 7.6 million visits ... it really does seem to be booming," said Brown.

While 61 percent of all people who went to the theater went to musicals, what made this a record year for theater in London is the straight play, said Brown. "Plays like 'Waiting for Godot' which is about to finish with Ian Mckellen and Patrick Stewart, I mean you would not believe how popular it's been. I mean there have been people ... unable to get tickets, and it's a Samuel Becket play -- who would have thought that?"

"Waiting for Godot," "Hamlet" and "Madam de Sade" have had good runs, and Brown believes there's a revival in plays with more substance, "For a couple of years the West End was really drowning in musicals, and not very good musicals -- quite derivative musicals. But now it seems ... people want to watch good, strong, meaty, straight plays."