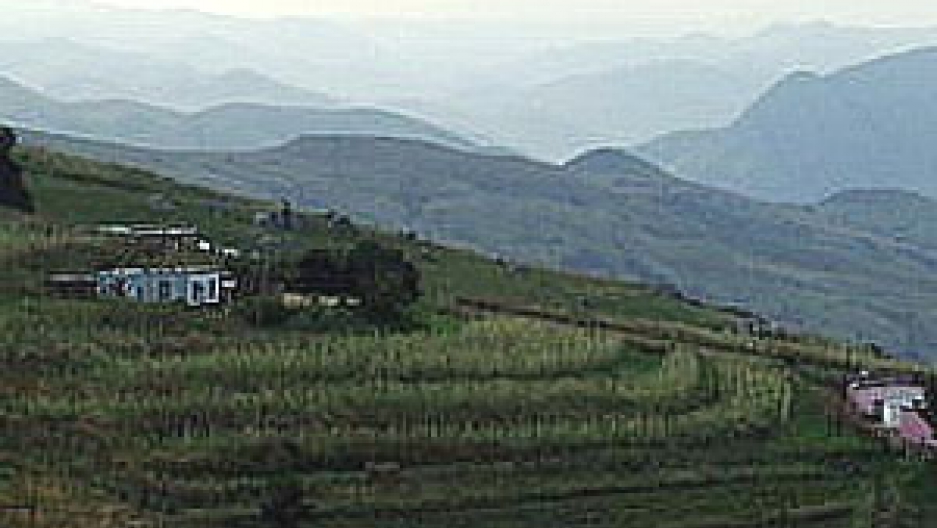 Whether the crops go for fuel or food, the world's rich countries are now looking to the developing world to do more of their farming. A number of wealthy nations are buying or leasing chunks of poorer countries and shipping the crops home -- essentially outsourcing agriculture.

Critics call it a "land grab" and "neo colonialism." Olivier De Schutter hopes for a more positive outcome. He's the United Nations Special Rapporteur on the Right to Food.

De Schutter says the scale of these land deals means the stakes are high, "The current negotiations concern some 30 million hectares which is equivalent more or less to the total farmland of France. Most of these investments are concentrated in sub-Saharan Africa, particularly in countries such as Sudan, Mozambique, Cameron, the DRC, because for the moment agriculture in these countries is underdeveloped. If we want to take a long-term view about this the arrival or investment in agriculture is excellent news because for many years very little was going into the countryside and the rural areas. This is reversing a sort of trend, which in principle is welcome."

While this sounds like a mutually beneficial deal, that's not really the way it's playing out.

"Well there are essentially three problems," said De Schutter. "One is access to land for the local population, which often has no remedies available when they are evicted from the land they cultivate. A second problem is food security for the local population because all the surplus food which will be produced will be shipped abroad and will not feed the local population. And a third problem is the transference and the use of the revenues which the host government shall gain from leasing or selling the land to foreign investors. There is no transparency, there is no accountability in the way these revenues shall be used for the benefits of the population."

De Schutter says the land deals can be seen as a form of neo-colonialism, but if done properly, they can help underdeveloped countries, "What we did with, you know, the battleships in the past we now are doing with the power of the purse. But of course there are other outcomes possible, and it's quite clear that if these investments are well managed and if they lead to infrastructures being built and to technologies arriving and to employment being created, then they could be beneficial and then the description of neo-colonialism may not be entirely justified."

He puts forth some recommendations for these beneficial outcomes, based on principles of human rights, "Basically these principles should ensure that the investors imposed more far-reaching obligations than is currently the case. You know these deals, they concern thousands and sometimes millions of hectares, and they are short documents of three, four pages without any description in these documents of any obligation of investors. For example, to create employment, to respect the environment, to respect the food security of the local population or not to evict peasants. And I think it's absolutely vital that these obligations be better clarified in the conclusion of these deeds. And so the principles aim to guides states in basically achieving better outcomes.