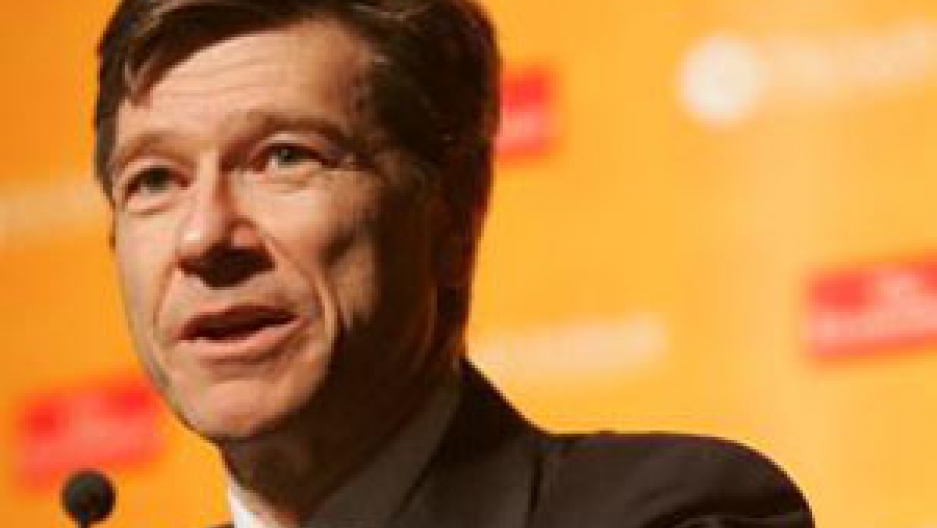 There aren't many "superstar" economists, but you can say Jeffrey Sachs is one. He runs the Earth Institute at Columbia University. He's also a special advisor to the U.N.

On "To the Best of Our Knowledge," he asserts that economics needed a new model -- one that is rooted in a vision for a sustainable future. And, he says the United States is way behind the times.

"We've been so big, we've been so successful, we've felt -- erroneously -- so dominant, we forgot the rest of the world ... So the starting point is, we're five percent of the world's population in this country. We've been using 20 - 25 percent of key vital resources of the world because of our economic dominance. But the world as a whole -- that means the other 95 percent of people on the planet -- is changing at dramatic speed," said Sachs.

He stresses the need to look beyond borders in order to understand what it would mean to be sustainable in our economic strategy, "We need a global vision, not only a local vision. It might be nice to think that turning off the lights or recycling our waste products would be sufficient -- those are good things to do, but they're not sufficient."

Sachs' example of having a global vision: "Recently, the government of Norway offered a billion dollars to Brazil for a program to avoid deforestation of the Amazon. Wonderful, generous, wise, rational -- Norway is doing it for Brazil because Norway understands this is a global challenge. Can you imagine the United States offering Brazil a billion dollars to avoid deforestation?"

World population, extreme poverty and health are areas where issues can be solved through a sustainable strategy says Sachs. He gave this example, "The government of Malawi three years ago, in a project that I am proud to have worked on, was able to get a voucher ticket to all of their impoverished farm households. It gave these impoverished households that had no cash at all, the right to get a couple bags of fertilizer and a bag of feed. From one year to the next, the food production doubled.

"This was almost unimaginable -- it wasn't 20 years to double the food supply; it was from the 2005 growing season to the 2006 growing season.

"And the cost of that was under a hundred million dollars, which is so insignificant considering we spend 1.1 million dollars a minute on the Pentagon..."