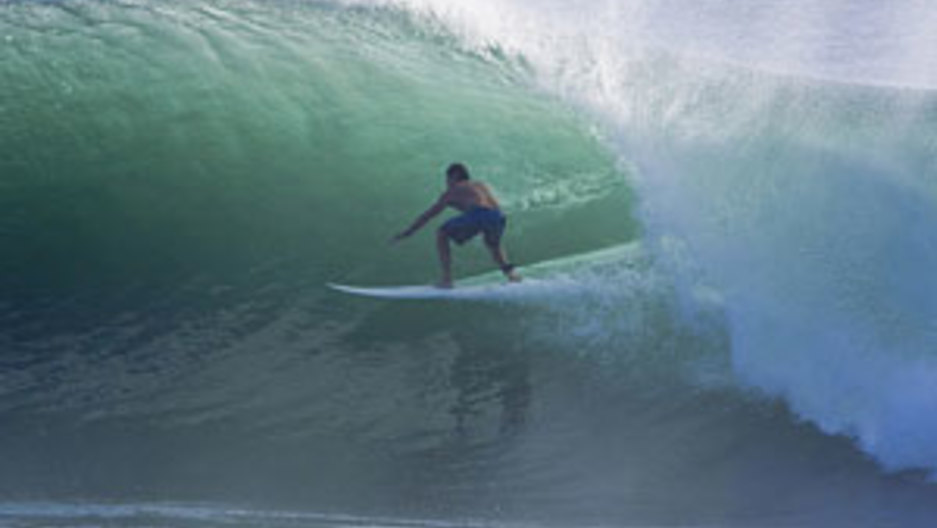 Australia's leading literary prize recently announced its winner for 2009. The Miles Franklin Award recognizes the best literary portrayal of Australian life. This year the winner is a novel called "Breath" by Tim Winton. Winton draws inspiration from the sea, in this case, surfing. Here's the author reading an excerpt from his book.

"There was never any doubt about the primary thrill of surfing. The huge body rush we got flying down the line with the wind in our ears. We didn't know what endorphins were, but we quickly understood how narcotic the feeling was, and how addictive it became. From day one I was stoned from just watching. We talked about skill and courage, in luck we shared all that. And in time we surfed to fool with death. But for me there was still the outlaw feeling for doing something graceful. As if dancing on water was the best and bravest thing a man could do."

Funny thing is, last year Winton himself didn't think the book would go down well.

"The culture warriors of Australia, the people in the arts world, the commentators, I didn't think anyone really believes that, you know, writing about surfing is proper business for a literary novelist.

"I did enjoy the challenge of trying to write about something that most people don't get to experience, and at the same time, knowing that I had to satisfy those people who know what it's all about. In an English tradition it goes back to Conrad and Stevenson, and they were really good at that.

"And another thing, I don't think Australians have been immune to that either. I think the Americans still honor the physical world in a way that I've learnt from, and been able to be suckered by that attitude to both regionalism, and place. And also, trying to dignify the physical world. You know, it's worth writing about."

You can support PRI by buying Australian author Tim Winton's "Breath: A Novel"

, just out in paperback here in the U.S.