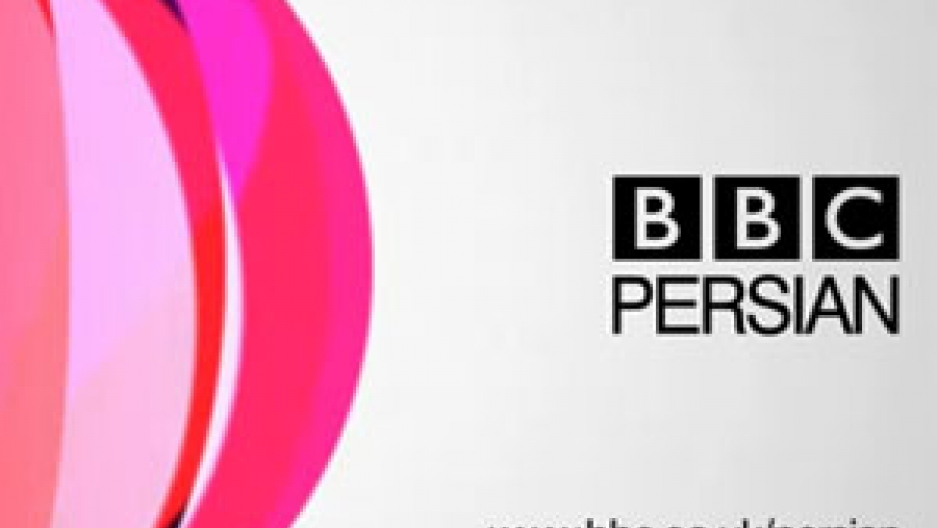 Iranian authorities have accused foreign media generally of trying to foment an overthrow of the Islamic Republic, and the BBC's Persian satellite channel is a particular target. "The World's" Laura Lynch filed this report.

Countdown to the latest newscast. The crisis in Iran in Iran is, as it has been for days now, the top story. The Persian TV channel has been on air only since January. It has no offices in Iran but satellite technology has ensured that its broadcasters like Sadegh Saba have become famous there.

Saba realized that when he visited Tehran a few weeks before the election: "For the first time I realized that everybody recognizes me and that told me a lot. The people recognized me because they watch Persian television."

The Iranian government recognizes Saba too and it recognizes the impact the Persian channel is having inside the country. Just today Foreign Ministry spokesman Hassan Qashqavi delivered fresh condemnation.

Qashqavi likened the election to a beautiful diamond one that he said shone upon the dignity of all Iranians. Then came the attack on the media. We will not allow, Qashqavi said, Western officials and media to turn this brilliant gem into pieces of rock that can be used to break windows. The government has tried jamming BBC Persian satellite signals. The BBC responded by using different satellites. It's also almost doubled the number of hours it puts on the air from eight to 15.

Saba is aware of the attacks on the channel's credibility. He calls it a crucial test for the journalists: "We have to come out of this test victorious as before to show that under pressure when such great upheaval is happening in Iran its staff remain measured, neutral, impartial."

For some Iranians the channel stands out from state-run television – TV that they see as a mouthpiece for the government.

Pooneh Ghoddoosi hosts the evening call-in program though calling in and out of Iran has become increasingly difficult. The Iranian government has forbidden almost all other television news agencies inside the country from sharing their footage with the Persian channel so Ghoddoosi says they struggle to do what they can.

Ghoddoosi: "We are left only relying on what we get from the people as in citizen journalism galore right now. However it's very difficult to verify some of them and it's very difficult to make sure we are relaying the story properly and correctly to the extent that it’s happening and not get emotionally frustrated by only the horrifying images that we see and not make it even more complicated for the people to understand what’s going on."

Ghoddoosi says during the election campaign she was accused of favoring President Mahmoud Ahmadinejad and the opposition by others. Lately though the calls are coming almost exclusively from those who favor reform.

But Ghoddoosi insists she's not manipulating the content: "We have the lines open and anyone who calls us we put them on air and we make sure nobody incites anybody to violence or hatred or invites anyone to attend any demonstrations. But it’s not our fault if the only people who contact us now are people who are scared and frustrated and angry."

Earlier this year the Iranian government claimed the channel was trying to recruit Iranians for espionage and psychological warfare. Those working at the channel denied that but they do admit they’re in the midst of a battle as they try to do their jobs.