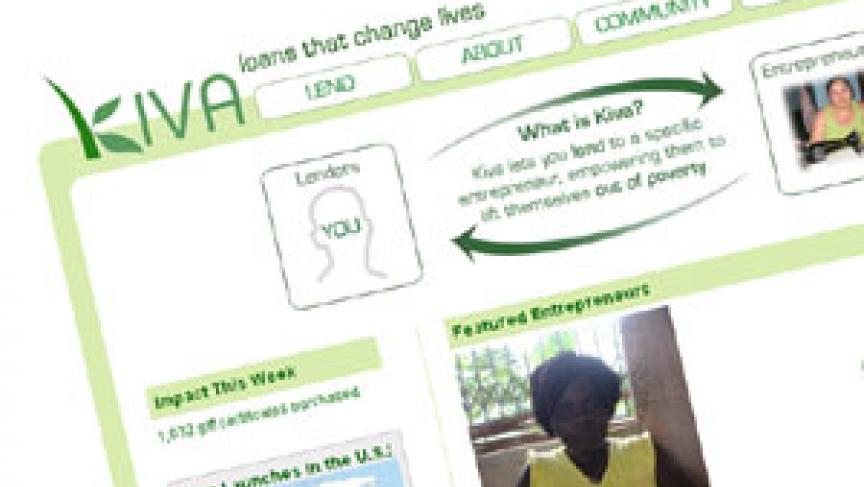 "The entrepreneurs that you’ll find on the Kiva site kind of before today is maybe someone in Kenya who needs $500 for a cow or someone in Afghanistan who needs $300 to start a rug weaving business. With the US entry the average loan size is probably $5000 to $7000. But the principles are the same which is these are people who can’t get a loan from a commercial bank, have a small business idea or have a small business that they want to expand. And it takes someone to bet on them."

So when somebody, a well-heeled investor in Kenya, for example, is looking at the United States they may see the same thing that they would normally see if they were in the United States looking for projects to support around the world

He says that he is not worried that Americans might now shift away from foreign projects.  "The thing about Kiva is that it gives you choice about how you want to lend $25. So some people might actually still reason hey my $25 goes much further in South Sudan than it does in South Central LA and I’d rather help someone because I think the relative need there is greater. Hopefully just more people will be lending on the Kiva website and we won’t see any dilution of the funds that are going to the developing world entrepreneurs."

"So you can imagine a world one day where someone who received a loan in Kampala, Uganda back in 2009 bought one cow, then two cows, then five cows, started a dairy business. Got a credit card. They could go down to their local internet café say in 2011 and actually make a $25 loan to someone in Louisiana. You can imagine that the lender, who back in 2009 was affluent, maybe needed some capital in 2011. So you can imagine money flowing both ways one day.

"There are some early examples of that. For example there is a store in San Francisco that’s looking for funding. And that store owner was actually one time a Kiva lender who lent to a business abroad. That store, one of their lenders is actually from Nairobi, Kenya. So you’re seeing the reverse in direction in terms of south to north people helping people. And I think that’s one of the beautiful things that we get to watch on the Kiva website."