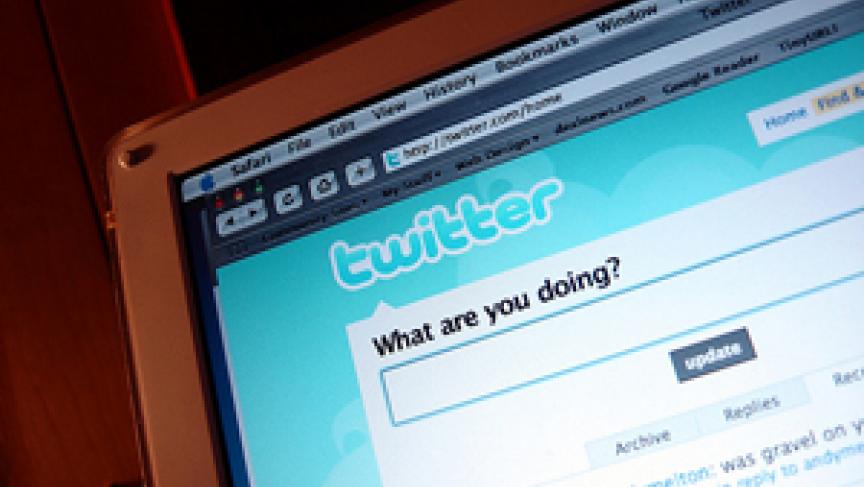 The unrest in Iran has moved online, as Iranians attempt to get around government censorship of media coverage. Social networking sites like Twitter and and Facebook have become the new source for information for Iranians both at home and abroad.

"The World" anchor Marco Werman talked to correspondent Laura Lynch who's just returned from Tehran, and Azadeh Moaveni -- author of "Honeymoon in Tehran" and also "Lipstick Jihad, A Memoir of Growing up Iranian in America, and American in Iran" -- she's been following the protests in Iran via online social networking sites.

Lynch describes how she accessed information in Iran: "From my part, over the ten days that I was there, it became increasingly difficult to get information over the web. They were blocking websites. They began blocking television networks and, of course, I can't go onto the social networking sites myself because I don't speak Farsi. So you were trying to rely on others as time went by to get you that kind of information. And there was one young woman staying in the hotel where most of the journalists were staying who spent her days trolling all of these websites and finding information that no one else was able to get. She knew her way around and she was telling all of us in whispered tones what she was finding about what people were saying, what the government was doing or reportedly doing.

"Now, listen there was a lot of rumor going around as well, but it wasn't just the high tech way. There was also very old fashioned ways of getting information. It's just gold old fashioned journalism getting out on the street, talking to people and there were a couple times when I would be walking down the street and someone would come by me and in whispered tones almost akin to when you're walking down the street and a drug dealer sidles up to you. In this, there were people saying to you in such and such square at 5 o'clock, demonstration and then whishing away."

Moaveni, who is in Cambridge, England, says she relied on social networking sites over mainstream media to get information: "Well, it very quickly became apparent that mainstream media was lagging far behind. So I promptly stopped watching the news really and spent most of my time online, on Facebook and Twitter. And I think it's really striking the kind of citizen journalism that has emerged in Iran throughout all of this. And so, in that way I think it's admirable.

"It's interesting to see how despite the government's very fierce crackdown on the press and the controls that it's placed on journalists, how ordinary Iranians are stepping into the gap. And I would say I think that the ease with which they've done this, and I think the world has been very impressed by how quickly this is all emerging on Twitter. Iranians have a lot of practice for this. The government has been filtrating the Internet very aggressively in the past several years and so organizing despite the filters and the blocked sites is something that Iranians have become very savvy about."

Moaveni says that, while not all the information online is completely credible, it's still a good guide: "A lot of it you have to take with a grain of salt and wonder where it's coming from, but a lot of it is just footage and it's pretty clear that it's authentic. So I think even if you were to rely only on that kind of information, it would be a good guide to what's going on."

Lynch: "That's a really interesting point because when we were told that we could no longer go out on the streets yesterday and anyone caught with a camera would be arrested on the spot, it became much more apparent that we would have to rely on state television for one, but all of these other sources of footage that are coming out now. And I don't think the government knows how to deal with that. The government can control the foreign media, yes. It can get rid of us, it can lock us in our hotels and our offices, but it can't stop the people in the streets with their cell phones, with their cameras, and they are everywhere. I saw them at every demonstration."

The Web makes it possible for communication to happen quickly, and some believe that this facilitates the speed at which social change can happen. However, Moaveni thinks the situation in Iran is too complex and, "I think that that's perhaps too grand of an expectation especially in places like Iran where the situation is very fragile, and the government one moment can filter the Internet so aggressively and cancel text messaging and even calling out of Iran is so difficult. And so, I think the idea that speed can somehow facilitate such a complex process is perhaps a bit of wishful thinking, and the speed with which things will unfold will likely more reflect the sort of authentic momentum, and how much people are willing to sacrifice day in and day out at these kind of protests."

Lynch: "I think that's really key now because it seems to me that there seems to be some division within the clerical establishment itself about what is the right way to respond to this? And that came through because of the seemingly inconsistent ways that they are treating these demonstrations, letting some go ahead without intervening and then cracking down immediately on others and telling them not to gather and threatening them with, in some cases, lethal force."

As for whether Ahmadinejad really did win the vote, Moaveni has doubts: "I can't think of any situation where a president could preside over such a widely acknowledged four years of failure, drive the economy into the ground. I mean, in Tehran alone real estate prices have gone up by 150, 200%. I can't imagine a record of failure so wide, discontent so broad and then an election won by the margins that have been reported. It's simply inconceivable. And I think that we shouldn't be shy about saying that."

Whether on the streets in Tehran or online, images from the protests in Iran have stuck with both Lynch and Moaveni:

Lynch: "How could I forget Monday. It's one of those times in your life as a journalist that you are there and you're thinking that this is history in the making, being on the streets with those tens of thousands of people who had come out in spite of warnings not to, streaming along for miles along this boulevard, mostly in silence. Their way of saying that we are not going to be violent, we are just going to move forward with our message, which is that they feel that they want their votes counted and their hands up in the air, and feeling so incredibly deflated. It's an image that you just never forget."

Moaveni: "I think the image that has stuck with me is this one clip that keeps being passed around on Facebook of a young woman attacking a police officer. She goes after him with these karate chops, and her legs flying high in the air. She kicks him and the crowd around her is cheering her on, and the policeman cowers. These images are such a reversible of the Iran that we've come to know and the Iran that I've lived in where women and where I've walked the street constantly nervous of these police forces. And it's so empowering to see image after image of young people being so extraordinarily brave."