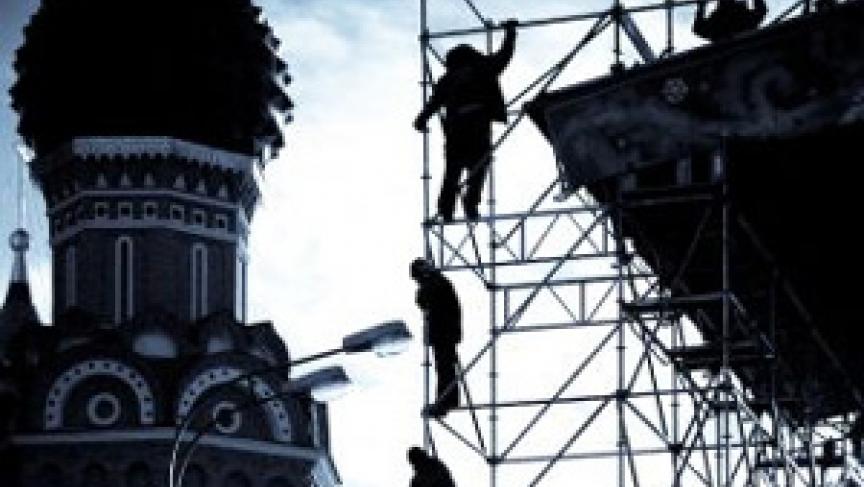 In the United States women can do anything they want -- well at least legally they have the right to hold any job. But in Russia there's a list of job that women can't do. Jobs that are considered too dangerous and physically grueling. One Russian woman recently tried to challenge the list. She filed a discrimination claim after being denied a job as a metro train operator. But this month Russian's Supreme Court ruled against her.

"The World" correspondent Jessica Golloher files this report from Moscow on the jobs women can't do in Russia.

In Moscow the metro is the easiest way to get around. Officials tout the metro as an on-time, well-run service with very competent workers. But if you're a woman and want to drive a train you're out of luck. The only job a woman can do on the train is as an announcer.

Irina Vasanova is a teacher in her late 50s. She says it's ironic the list of jobs deemed too hard for women was established in the Soviet era [through translator]: "In Soviet times often Soviet women would repair the roads in the city and also the railways. During maintenance they would do very hard, manly, heavy work."

But this list of no-can-do jobs for women isn't just as Soviet relic. In 2000 Russian president Vladimir Putin signed off on the latest list.

Evgenny Nasonov says the restrictions still make sense. Nasonov is with the Kremlin-aligned Young Russian Foundation which promotes Russian family values [through translator]: "I think there are several jobs and professions that women shouldn't do, for instance defend their country. Men should protect the homeland, not women. Women should stay at home and take care of the children and the family."

And that’s a common view here.

Mascha Lipman is with the Carnegie Center, a think tank based here in Moscow: "I think we can say with certainty that there is not much interest and this is an overstatement. There is no interest in gender issues at large in Russia.

"The Bolshevik state imposed the concept of gender equality and as anything imposed from above it only went so deep. And when the Soviet Union collapsed the conservative aptitudes came to the fore."

Russian teacher Irina Vasanova agrees. She says many Russian women don't care about the restrictions because they don't want to do what are considered manly jobs [through translator]: "Russian women often want to appear weak. They like that men think that they are weak. Russian women don't think about discrimination."

So you probably shouldn't expect to see female freight handlers or train operators any time soon.