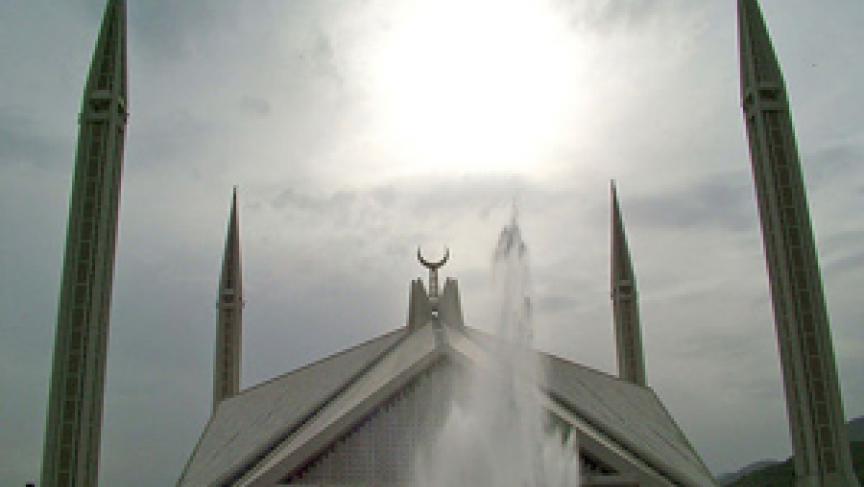 The attacks in Lahore took place just as the head of the Pentagon Central Command, General David Petraeus, is visiting Pakistan's capital Islamabad. General Petraeus oversees U.S. military strategy in the region including in Pakistan and in neighboring Afghanistan. Petraeus spoke to "The World's" Jane Little a few days ago and he told her that understanding the differences among the Taliban and local militant groups in both countries is key if U.S. policy makers want to start winning over some of those militants.

General Petraeus: "We have all recognized that to foster reconciliation, for example, at the very lowest levels, you must understand who the reconcilable and who the irreconcilable are, and to do that, you need a very nuanced appreciation of local situations of who's who, who are the local power brokers, who could be, again, part of the solution instead of a continuing part of the problem. And I don't think we have that kind of granular understanding across the board. We do have it in certain local areas as a result of our forces being there in sufficient density. But one reason we're putting more forces in there, in fact, is to help establish the kind of security environment in which we can get that better appreciation, and also devoting more intelligent resources to this effort is important as well."

One man who has made an effort to get to that granular level is the journalist Nicholas Schmidle. His new book probes the complexities of Pakistan. It's called "To Live or to Perish Forever. Two Tumultuous Years in Pakistan."

He describes his two years in Pakistan: "They were tumultuous for a couple of reasons. Mainly, I had the opportunity over the two years that I lived there from early 2006 until early 2008 to travel extensively throughout the country from the Swat Valley to all over the Northwest Frontier Province in Baluchistan, and I dressed locally, I spoke Urdu and I was able to really interact and be able to get inside places that other western journalists have not been able to."

Schmidle says the dynamic in Pakistan changes at a rapid pace: "The dynamic of the Taliban and the "enemy" and Swat is very, very different from the dynamic of the Taliban in Southwest Iristad, which is where the Pakistani army is currently considering or is talking about a future operation. So in each area, you've got different leaders, you've got leadership struggles, tribal struggles that are all playing themselves out as well."

In his interview on "The World," General Petraeus described what he sees as a key issue for the U.S. military as they deal with the Taliban: "Really, the bulk of the so-called soldiers, the foot soldiers of the Taliban, are really just in this to survive, to feed their families, and to be secure themselves. And so, we've got help them. We have to provide them an alternative way again to make a living rather than planting improvised explosive devices, being part of the illegal narcotics industries, or other illicit activities that are connected with the Taliban."

Schmidle agrees, " ... to some extent, but one of the problems that as I talked to military officers about a little bit that I think is under-valued is the significant, significant role that foreign Al Qaeda elements have played in the evolution of Taliban ideology on the Pakistani side of the border. It's what we're seeing now is that the Pakistani Taliban in my mind are more irreconcilable than the Afghan Taliban.

"Some of the models that U.S. Military strategists are thinking of trying to duplicate what's happened in Unbar and what's happened to some extent even in parts of Afghanistan in terms of turning tribes against the Taliban and against Al-Qaeda is, it's going to be a lot more difficult on the Pakistani side of the border."

He thinks efforts have to go beyond the alternatives General Petraeus presented: "Well, if the alternatives have to be there, and I think that that is certainly part of the equation, some of them there is no turning back. For some of them literally the only option is to kill them. And that sounds very crude but I just think that there are aspects that negotiation and dialogue is not an option. And this has been said by even some of the Pakistani Taliban leaders in Swat. There was one individual there who I met during my trip, who I know lived in the United States for four years, and is an artist and a painter and yet I'm seeing him now give interviews talking about why slicing the throats of Pakistani soldiers is allowed according to Islam. So, you know, the ideology has evolved so rapidly and so precipitously that I feel like there's no going back now for some of them."

Nicholas Schmidle's new book is called "To Live or to Perish Forever. Two Tumultuous Years in Pakistan." He is also a fellow with the New America Foundation.