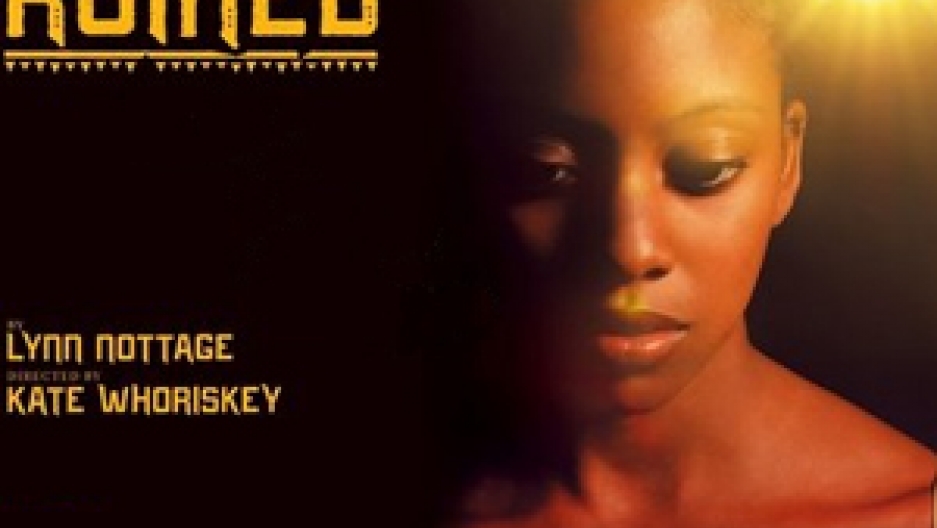 MARCO WERMAN: One of the criteria for the Pulitzer Prize in Drama states that the play should preferably deal with American life. Well, Lynn Nottage won the prize, breaking that rule. "Ruined" is the winning drama she wrote about a brothel in a mining town in war-torn Congo. The play focuses in part on the rape of two women the madam takes under her wing. And Lynn Nottage, first of all, congratulations on your Pulitzer.

LYNN NOTTAGE: Thank you very much.

WERMAN: When you first started writing "Ruined" you were aiming to adapt Bertolt Brecht's "Mother Courage and Her Children" but you were having a tough time, I gather, getting any information about rape and Congo's civil war and its victims. So, you went to Africa to research it for yourself. When did you go, where did you go, and what did you find out that pushed you further into this subject?

NOTTAGE: I went to Africa in the summer of 2004 with the director, Kate Whoriskey, and my husband. And we went to Uganda specifically because the conflict in the area that we were going to go in the Congo was still very much going on. And we found women who were fleeing over the border, Congolese women who were willing to speak to us. And what I discovered in the process of interviewing them was that there was a narrative that was really specific to the conflict there. And that's the story which "Ruined" tells.

WERMAN: Sexual violence and rape as a weapon of war, as I've found, as a number of my colleagues have found, is a real conversation stopper at parties.

NOTTAGE: It is indeed.

WERMAN: So, what did you do to move it out of that untouchable domain?

WERMAN: Were you surprised yesterday when you heard about the Pulitzer going to your play, which is clearly not about the US?

NOTTAGE: I was a little surprised, but if I can just say something about it not being about the US: I do feel, to a certain extent, the play is set in the Congo, but it very much touches upon themes that are relevant to the United States. Because the play looks at the Ituri Rainforest where coltan is mined and coltan is the precious ore that's used to fuel our cell phones and our laptops. And 80 percent of the coltan comes from the Democratic Republic of Congo, which means that we, as Americans, have a direct stake in that war. So, yes, my play is set in the Congo, but they are issues that touch us directly here.

WERMAN: Do you think that people who see your play are going to make the connection to coltan and, you know, our investment in that part of the world?

NOTTAGE: Well, what my hope is is that they'll see the play, when they leave the theatre they may not make that direct connection, but I hope that the play, sort of, moves them to ask more questions about the Congo.

WERMAN: Presumably you'd like to give this issue a wider airing and more exposure to people in this country and the Pulitzers are often a harbinger for road shows and even TV and film. Do you think a play about rape as a weapon of war and coltan can make that jump easily?

NOTTAGE: I think it's a challenge, but I absolutely think it can make that leap. I think that we live in a time now that we're in the post-Bush years where people haven't been able to, sort of, actively engage with international issues, and so I think that there's a hunger to look at the world in a more complicated and engaged way.