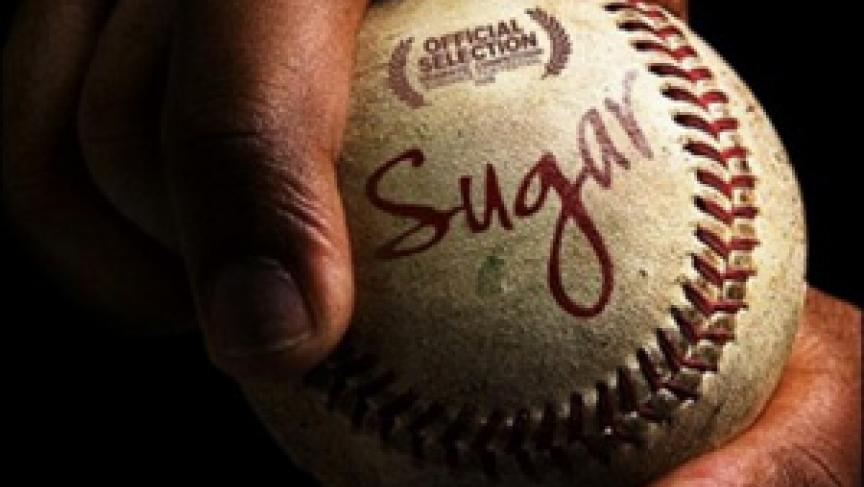 "Sugar" is the second feature film from husband and wife team Ryan Fleck and Anna Boden. (Their first was 2006's acclaimed Half Nelson, with Ryan Gosling.) It's the story of Miguel "Sugar" Santos, a promising young pitcher from the Dominican Republic who makes it from a training camp there to the minor leagues in the U.S.

About ten percent of all Major League baseball players -- like Sammy Sosa -- come from the Dominican Republic.

The film is simultaneously a baseball movie and a look at how extreme inequality affects the life of one young man. Fleck and Boden join "The Takeaway" to talk about their critically-acclaimed film.

Fleck on how the film's characters were developed: "It came out of a lot of research -- we live here in New York, in Brooklyn, and we went up to the Bronx where there's a huge Dominican population, and we went to this field where these guys play games on the weekends just for fun. And we talked to them, we got their stories -- so many of them had been through a similar journey ... similar to the one we deal with in the movie, and we heard their stories. Really, the movie is a combination of their stories."

Boden describes the premise of the movie: "The movie is interested in a character who has one idea of what he wants his entire life -- he wants to be a Major League baseball player in the United States; not just a successful baseball player in the Dominican Republic, but all of these young boys' dream is to come here to play. And if things don't go right and if they don't quite make those dreams happen, then how do they redefine what their idea of what the American dream is, and that's a little bit of what this film deals with."

The young players who come to the states live with local host families who are highly involved with the game -- Fleck explains: "That was something we learned in research again, in Iowa this time, going to all these small towns all around the Midwest, and there are host families -- these are families that take in players, usually the foreign-born players who are sending a significant amount of their bi-weekly paycheck back home. And these families ease their financial burdens ... they provide them with food and a place to live, and they really care about the kids on some level, but I think they care about their team winning just as much."

Boden: "I think that we focus on our character and his journey and what he's going through, and I think that there is an element of exploitation going on around him that you can't ignore, and it just ... becomes part of the context of the story and the subtext of what he's going through, and ... he's been living in this kind of system ... that could be considered like a ... factory of baseball players -- he's been part of this system for a long time and hasn't really questioned it, but there's a certain point in the movie where he rally starts reflecting, not only on his own internal self and who he is and what he should be, but also on his place within this system and this world. So it's more than just a personal awakening, there is a hint of a political awakening."

Watch the trailer for "Sugar" below.