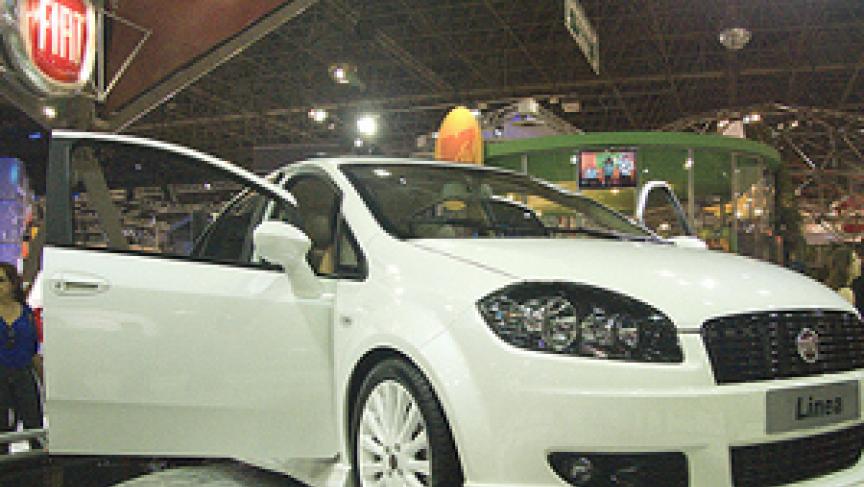 Before leaving for the G-20 summit, President Obama handed U.S. automaker Chrysler an ultimatum. Finalize a partnership deal with Italian car company Fiat -- or forget about getting new government loans. That's quite an endorsement for Fiat -- a company that many Americans still refer to as "Fix It Again Tony."

"The World" anchor Lisa Mullins speaks with auto industry analyst Anil Valsan about Fiat's transformation from the butt of jokes to Chrysler's potential savior. Valsan is the global director of research for automotive and transportation at Frost & Sullivan, a consulting company in London.

He says of Fiat's "Fix It Again Tony" reputation: "Not anymore. That was definitely the case a few years back, but thanks to the leadership of Mr. Marchionne that image has definitely changed. And they have definitely bagged a few car of the year awards in the last couple of years for some of their new models."

Sergio Marchionne is the chief executive of the Fiat group and, according to Valsan, the architect of Fiat's turn-around: "It's been on a number of fronts, but the most important element that's quite relevant for Chrysler particularly is on the product front. The complete product line-up has been upgraded. These vehicles have become highly competitive. In addition he has introduced some key technologies, particularly relating to fuel efficiency, just to give an example; some of the new models include some technologies which actually enable drivers to actually monitor the level of emissions that these vehicles are giving out. And these are technologies that are benchmarks today in the European industry."

What both companies would want to get from this deal: "For Chrysler it's a matter of survival. It's literally a do or die situation. They need the technology. They need the models to actually survive. And, obviously, they need Fiat's turnaround strategy. That's what Chrysler needs. In the case of Fiat, the opportunity really is to enter the U.S. market on the back of Chrysler and, in the hope of turning around Chrysler, and using that access to launch their other vehicles as well."

Valsan says it's too early to talk about what kinds of cars the companies would produce :"That's very difficult to say at this stage. I think that really boils down to what would be agreed between Mr. Marchionne and his Chrysler counterparts. But, at this stage, I think the objective, really, is to ensure that you keep Chrysler as a going concern and offer support to Chrysler in terms of technology, in terms of vehicle platforms, to essentially fill a lot of gaps in Chrysler's portfolio. And, most importantly, compensate for the SUV's and Van segments which are, at the moment, shrinking. And really fill the gaps in terms of the small cars, which is, sort of, the only segment which is actually growing in the U.S."