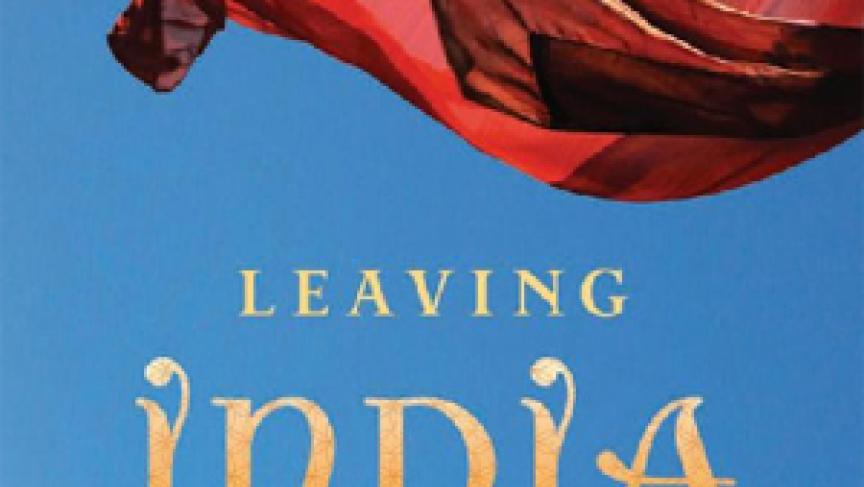 "There is this fusion music happening within the last 10 to 20 years or so," says  writer Minal Hajratwala.  "It’s people who are like me, first or second generation out of India, who are combing the music of India with the music of their new country. So there’s Bangra and Hip Hop, or there’s Bollywood and Disco."

Minal Hajratwala grew up first in New Zealand and then in the US. And she has relatives all over the globe, but the family’s roots are in northwest India. Hajratwala has written a book, her first, about the family’s migrations. It’s called “Leaving India”.

"I think at the beginning I was propelled by the question of 'How did this happen?' I knew that I had about 36 first cousins and that we were spread out all over the world in nine different countries, and I was really curious about why that was the case.  I took a research trip. I traveled 8 months around the world. I interviewed between 75 to 100 relatives, and when I came back, I had boxes of tapes and tons of files, and I took about seven years to sort through them and create a narrative.

"My great-grandfather, Mortiram, traveled from Fiji to India in 1909 as a tailor, and he was not a very important person -- he was just an ordinary person like you or me. And by the time that his sons took over his small tailoring business and grew the business, it was the largest department store owned by an Indian in the entire South Pacific. So it was kind of an amazing journey that he made, and he directly caused many, many people to migrate from his area of India to Fiji.

"I often felt a sense, as I was writing, of kind of accumulated grief and nostalgia and trauma that was partly my own, but largely, I think, just a quality of diaspora of living in a globalized world where we are traveling. And travel always involves leaving something behind.

"I think sometimes, you know, especially in the United States, the story is often told as a win-win situation, where the migrant comes to America and they fulfill this American dream and it’s all sunny and successful at the end. And that’s certainly one part of the story. But I’ve found that it really varies person to person, how much they feel that they’ve gained, how much they feel that they’ve lost. But there’s always some of both. Even in the most amazing success stories, there is a sense of something lost."