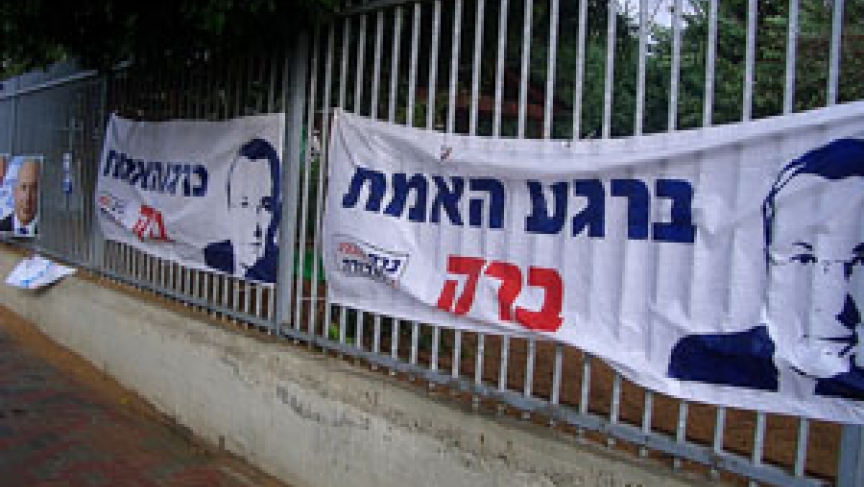 There is cautious optimism right now in the Middle East about a lot of things – Iraq, Afghanistan, Lebanon, even the Israeli-Palestinian conflict.  Most of what optimism there is centers around the new tone coming from the Obama administration.  But there is no such optimism about the next Israeli leader, whoever that is. After the Israeli election last week, it's still not clear who will lead the next government.

"The World’s" Aaron Schachter spoke to experts in the region to gauge their reaction.

Oussama Safa heads The Lebanese Center for Policy Studies: "It’s not like we’re going to lose doves to bring in a hawk.  It’s just a hawk of a different dimension."

Safa says it makes little difference whether Tzipi Livni, of the centrist Kadima Party holds on to power or the rightwing Benjamin Netanyahu, of Likud, takes over.  He says Israeli politicians have proven themselves to be bad for the region: "Kadima is no better than Likud for responding to peace gestures or for being forthcoming or for making concessions.  Kadima has been in power and what’s happened?  We had two wars and we had absolutely no movement, rather regression, on the peace processes."

But Afshin Molavi, of The New America Foundation, says there is a difference.  He calls Netanyahu clearly the harder of the hardliners.  Netanyahu has pledged to increase settlement construction and to crush Hamas.  But that’s only the tip of the iceberg.  Netanyahu has also shunned “the Arab initiative,” a peace overture by 22 Arab nations, and he’s vowed never to engage Iran, something President Obama has said he’d like to do.  Iranians go to the polls this June and could choose Mohamed Khatemi, a moderate who advocates dialogue with the West.

Molavi says that would be a unique opportunity:  "It would almost be the perfect storm, if you had a Tzipi Livni as Prime Minister of Israel, a Mohammed Khatemi as President of Iran, and a Barack Obama as President of the United States.  You would almost have the perfect conditions for some kind of US-Iran rapprochement and some kind of lowering of the tensions between Iran and Israel."

Molavi says there’s no telling how Netanyahu would affect that dynamic as Prime Minister.  Whether it’s led by Netanyahu or Livni, a new government in Israel seems likely to include the ultra rightwing party of Avigdor Lieberman – and that possibly has got some in the region feeling downright pessimistic.  During the election, Lieberman condemned Israeli-Arabs as traitors and advocated redrawing the map so that some of their villages would be in the West Bank rather than Israel.  Many commentators here, including Israelis, point out that both Israel and the West would likely shun a government in Europe or the Mideast that included a party like Lieberman’s.

The final makeup of the Israeli government won’t be known for weeks, and even then many analysts point out, what a candidate says on the stump and what he or she does when faced with cold, hard real politic can be wildly different.