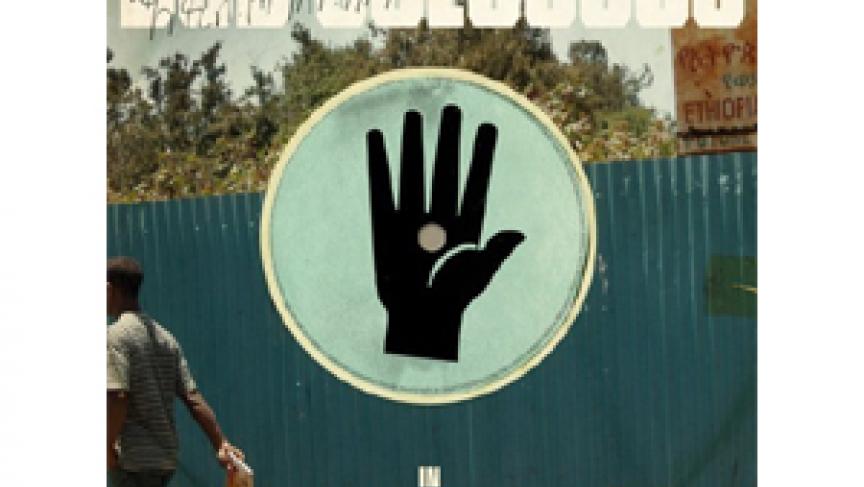 Before we get to the big thing out of Ethiopia today, first a quick rewind to the origins of Ethio-funk. Sure, some of Ethiopia's super-cool pop music in the 60s was a bit derivative. But there were also some great jazz players in Addis Abeba who were wholly original.

When Mengistu Haile Mariam took over in 1974, his Derg military government imposed an all-night curfew that lasted for years. It effectively killed the nightclubs in the Ethiopian capital. But singers and bands managed to keep their chops alive -- not with audiences. But for each other in small, secretive recording studios.

By the time Mengistu was pushed from power in 1991, Ethiopia's music scene found itself basically starting from scratch. The traditional azmari singers -- wandering troubadours -- the artist you're hearing now for example, had never gone away.

Azmari gathering places began to come alive again in the mid-90s. Younger up-and-coming musicians made themselves known, and began gigging and recording again. Today, between the artists who kept active in the Mengistu years and the newer ones, Addis has begun to recapture some of its former musical prowess.

This track "Azmari Dub" shows a new face of Ethiopian popular music. It's part of a new music project titled A Town Called Addis. Nick Page is the producer. He's from the UK and is a frequent traveller to Ethiopia. For this project, Page goes by the name Dub Colossus. And the CD logically is titled "Dub Colossus in a Town Called Addis."

Dub Colossus brought her and four other rising Ethiopian singers and instrumentalists into Peter Gabriel's Realworld studio in Britain. Dub Colossus comes from a reggae background, but he's also had interest in all manner of global musical idioms over the years. In a recent promotional video, Nick Page (aka Dub Colossus) explained why he was a champion of Ethiopian music.

“Addis is a very vibrant and exciting musical scene that has an awful lot to offer and needs some kind of exposure.”

With "Dub Colossus in a Town Called Addis," Nick Page is doing his part to re-elevate Ethiopian music. And it taps into that time-tested tradition in Ethiopia of fusing local sounds with those of the outside world.

Support PRI when you purchase the CD "In a Town Called Addis."