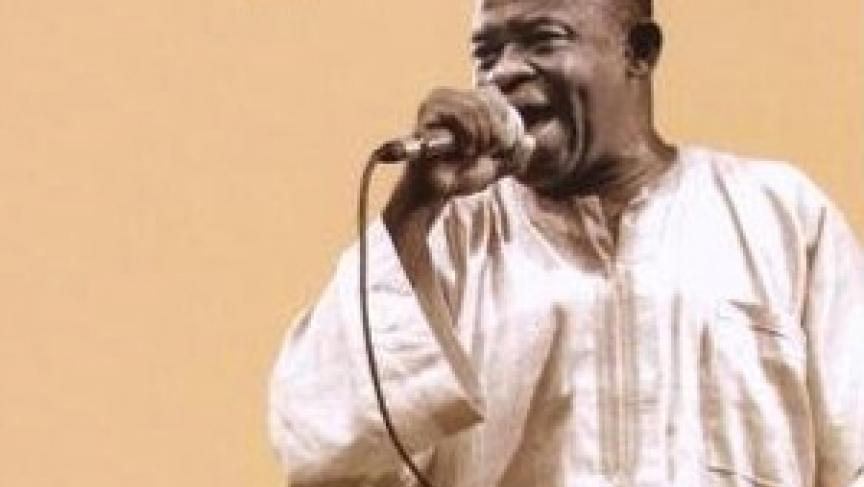 Over the past couple of days there were lots of musical tributes to the new president. The Boys Choir of Kenya came from Nairobi for the festivities. That's the Kenyan Boys Choir.  There is another African singer in town to celebrate Mr. Obama. His name's Samba Mapangala. He's performing tonight at a gala thrown by the Kenyan Embassy. And if you could be in the audience tonight, you'd be getting some great insight into the history of African pop music.

Mapangala is also from Nairobi. But tonight he won't be covering an American standard.

Mapangala is performing at the Pan-African Inaugural Celebration for Mr. Obama, sponsored by the Kenyan Embassy. And though he was invited by the Kenyans, Mapangala is not Kenyan by birth. He's from the Democratic Republic of Congo.

“I left Kinshasa in 1975 when I was young. But Kenya is home, I feel that Kenya is really home because I stayed in Kenya for twenty years, I mean it's home, even when I go to play in Kenya I feel like I'm more at home, more than in Kinshasa.”

Along with all of Congo's mineral wealth, is a rich deposit of musical talent. Congo is one of the main sources of most modern latin music. The Afro-Cuban sound? The Afro part is primarily from Congo. In the 1960s and 70s, with Mobutu Sese Seko's autocracy keeping Congo stable, live music flourished. It made the competition fierce in Congo.

It also made countries in other parts of Africa hunger for the Congolese sound. That's why many Congolese musicians like Samba Mapangala moved to Kenya.

“This should not come off as arrogance, but in Kenya, in East Africa, they for a long time, they depended on Congolese music for entertainment.”

That's Congolese scholar Lubangi Muniania. He manages Tabilulu Productions which develops educational and cultural material about Africa. He says Samba Mapangala's performance for an American president at a gala hosted by the Kenyan embassy is a powerful statement.

“It's a huge symbol; it's a symbol of unity. It is a pan-Africanism that has been talked about for a long time. It started already, you know, not on a political level, but at a cultural level it's been going on for a long long long time. “Today when he performs, he performs with the Congolese musicians that he knows because they know the genre of music that he likes to play, which is very much Congolese, but he sings in Swahili, Kenyan Swahili.”

Tonight, the cultural unity will tilt to the Kenyan side. This is after all a Kenyan party. And, today, Congolese-by-birth Samba Mapangala says he feels more Kenyan than ever.

“I feel more close to the President Barack Obama because I've been in Kenya for twenty years, and as you know his father comes from Kenya. And I feel very good, and I'm proud of it.”