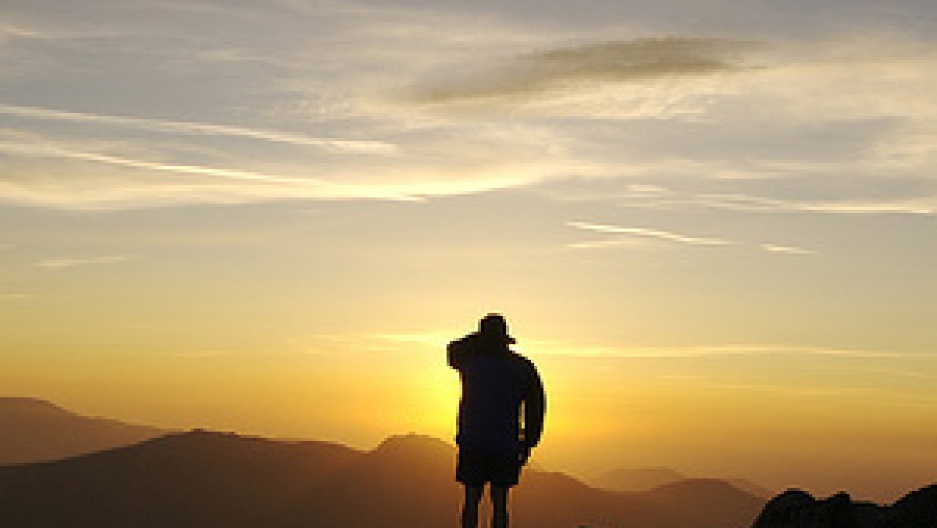 Maybe it hits you the first time you get a mailing from AARP -- all of a sudden, getting older isn't just about other people. In this hour of "To the Best of Our Knowledge," spend time with some people who've chosen to face the rest of their lives in some unusual ways.

Michael Gates Gill, son of Brendan Gill, was born into privilege and handed a job at the country's most prestigious advertising firm. When he hit middle age, he was fired, got divorced and was diagnosed with a brain tumor. Much to his own surprise, he went to work behind the counter at Starbucks and has never been happier. He tells Anne Strainchamps his story. His book is "How Starbucks Saved My Life; A Son of Privilege Learns to Live Like Everyone Else." And, James McManus got his editor to pay for the Executive Physical at the Mayo Clinic. He tells Jim Fleming what it was like. McMans is the author of "Physical: An American Checkup" and "Positively Fifth Street."

Glenn Kurtz tells Steve Paulson that he was a child prodigy of sorts and headed for a big concert career as a classical guitarist. But it didn't happen and he put his instrument away for some ten years. Now he's playing again but for the joy of it. Kurtz is the author of "Practicing: A Musician's Return to Music." And we hear him warm up, practice and play.

Novelist Joanna Trollope reads from "Second Honeymoon" and talks about why the empty nest syndrome is particularly difficult for women. Also, Carl Klaus is the author of "Letters to Kate." It's a collection of the letters he wrote to his wife in the first year after her death. He tells Jim Fleming how she died, and how he learned how to go on living. And we hear a couple of his letters.