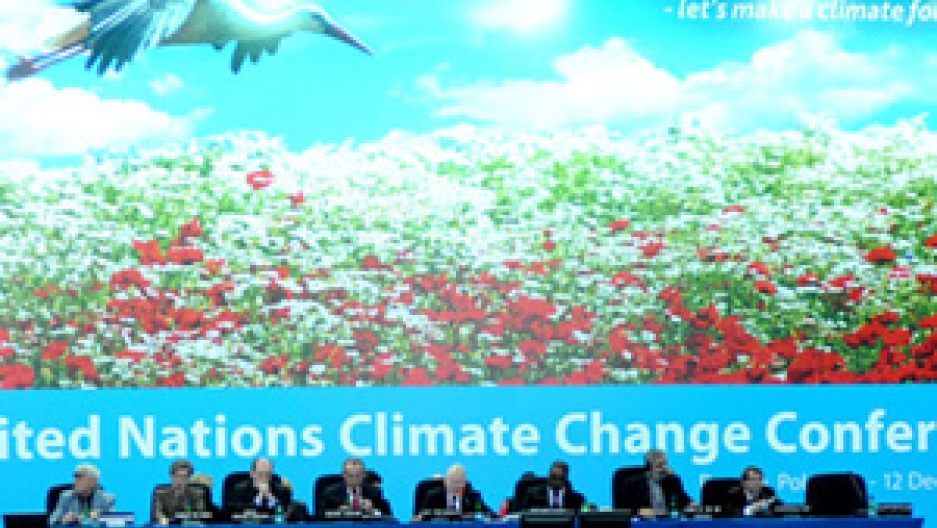 Thousands of delegates from nearly 190 countries converged on Poznan, Poland to chart a new path forward on climate change. Progress was modest at this meeting but Massachusetts Senator John Kerry tells "Living on Earth's" Steve Curwood that he’s optimistic the U.S. will play a vital part in cutting greenhouse gas emissions and forging an effective climate treaty under the next administration.

The 11-year-old Kyoto Protocol expires in 2012, and headway in Poznan was crucial to stay on schedule, and stay ahead of climate disruption. When George Bush took office he pulled out of Kyoto. Now, with a new administration on the way, Ban-ki Moon, the secretary General of the U.N., told delegates, it's time America stepped up to the plate:

"We look for leadership from the United States. It is therefore encouraging to hear about the incoming administration's plan to put alternative energy, environmentalism and climate change at the very center of America's definition of national security, economic recovery, and prosperity."

But for the moment George Bush is still in charge, and Jim Connaughton, the chair of the White House council on Environmental Quality, was in Poznan and defended the administration's record on climate change: "We need to keep our eye on the ball. We need new technologies. We need strong emission commitments from every major economy. And we need to come up with practical courses of action working with the developing world. We can see a successful outcome by the end of next year, if we roll up our sleeves, focus on realistic objectives and practical actions. If we continue to reinvent the failed approaches of the past, I fear it will take many years before we come to an agreement. We can't afford to wait."

Democrat John Kerry is the incoming chair of the Senate foreign relations committee. He came to Poznan in his official capacity as a senate leader, and as the eyes and ears of the president-elect: "I think the Bush Administration has lost eight years on one of the most urgent subjects before the world. And I regret that they have consistently stonewalled the concept of mandatory targets and reductions of emissions. Now that said, they have advanced a sort of schedule for negotiations next year, and I give them credit for putting that in place and making sure that this process will continue with a meeting in March, with another meeting in June, where real negotiating will begin. And the next administration will have an opportunity to be there front and center. So I think it's, you know, time to move on from the lost opportunities and start looking at the ones that have been found through these elections and through the inauguration of President Obama on January 20th."

For 12 days delegates met to debate and discuss how to fight climate change and find the money to do it. But Jennifer Morgan, global climate director for E3G, based in Berlin, says, when all was said and done - more was said than done: "The process is set. The chairs have what they need to drive home a deal in Copenhagen, logistically, mechanically. The politics is not set. There's not trust now between the north and the south. Developing countries don't believe that developed countries are actually going to come and do something. They're not there on technology and finance yet. And there's no trust to move forward on a global deal as of yet."

From the crossroads of Poznan, Poland, the delegates now head home. And then in March, they go to Bonn, Germany, the next stop on the road to Copenhagen a year from now.