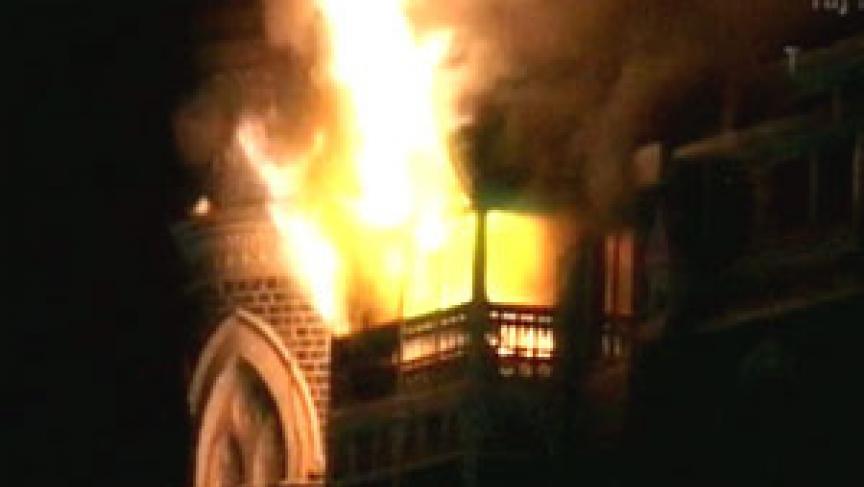 The Hotel Taj at Colaba in Mumbai in flames during terrorist attack. (Image: Stuti, Flickr)

Indian investigators say the Mumbai attackers had months of commando training by the Islamist group, Lashkar-e-Taiba in Pakistan. The group has long fought Indian rule in Kashmir. "The World" anchor Lisa Mullins finds out more from "New Yorker" journalist Steve Coll, who has reported on Lashkar-e-Taiba for years.

Coll says Lashkar-e-Taiba emerged as a factor from the insurgency in Kashmir in the late 1980s: "They are a Pakistan-based group with headquarters just outside the city of Lahor. It has evolved since its founding in the late 80s into a very large organization. They run hospitals, schools, universities and they also engage in paramilitary activity in Kashmir, and increasingly elsewhere.

"Lashkar finally was banned by President Musharraf after it was implicated in a variety of terrorist attacks by the United States in 2001, but Musharraf allowed it to remain as a charity under a new name ... it enjoys legal legitimacy in Pakistan today."