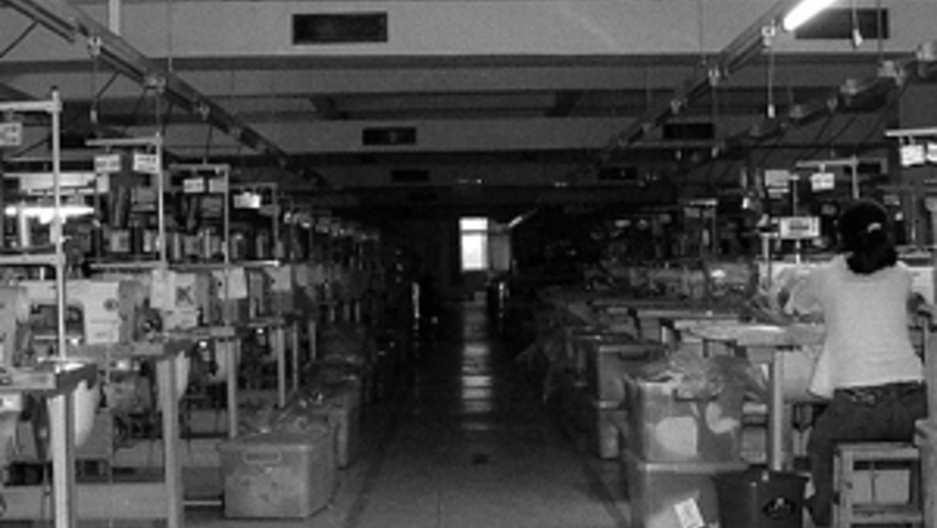 The global financial crisis has hit China, although not the same way that it has swept up the rest of the world. For example, China's banks have avoided the turmoil that has paralyzed Western markets, and its economy continues to grow at a rate that leaves every other major economy in the dust.

Here is the problem, though: the government of China needs even more robust growth than it's getting to satisfy a population that is growing in numbers and expectations.

The factory town of Dongguan in Guangdong province is one of the most prosperous parts of China. Jobs were once plentiful, but many of the clothing factories in the area have gone out of business. One such plant got fewer orders, and had to eliminate 100 jobs. Street sweeping is often a last resort for the unemployed.

There are signs of hard times all around this neighborhood. Drive down some streets, and you will find more shops closed than open. A young man named Yang tends a dimly-lit grocery store with no customers. He says the closed shops around him used to serve the factory workers. But as more and more factories closed, the workers went home to far-away provinces.

Dongguan's woes are not just a result of the current economic crisis. Factories here have been struggling for a couple of years because of rising costs, tightened regulations, and a strengthening currency which makes exports more expensive.

Eddie Lang is the president of the Dongguan Foreign Investment Enterprises Association. He says his group surveyed its members in August and again in October. Altogether, he says, 20% of respondents said they would probably have to close their factories by January. Lang says that could mean 3,000 factories closing in Dongguan alone.

China's economy grew by 9% last quarter, and its exports were up by 19%, but much of China's factory belt was built upon the promise of more growth than that. The new $586 billion stimulus package might help, but not for a while. Analysts contend that the worst is yet to come.

That is a frightening prospect for Julian Chen, assistant manager of a shoe factory in Dongguan. The company provides goods for Polo, Spaulding, and other companies. But Chen says business is off; the economic crisis has meant no spike in orders for the holidays, as the company usually gets, so he has laid off 200 of the factory's 800 employees. Chen says the company will try to ride it out over the coming months, but only the strong are likely to survive. That may be good for China's economy in the long run, but it is bitter medicine for now.