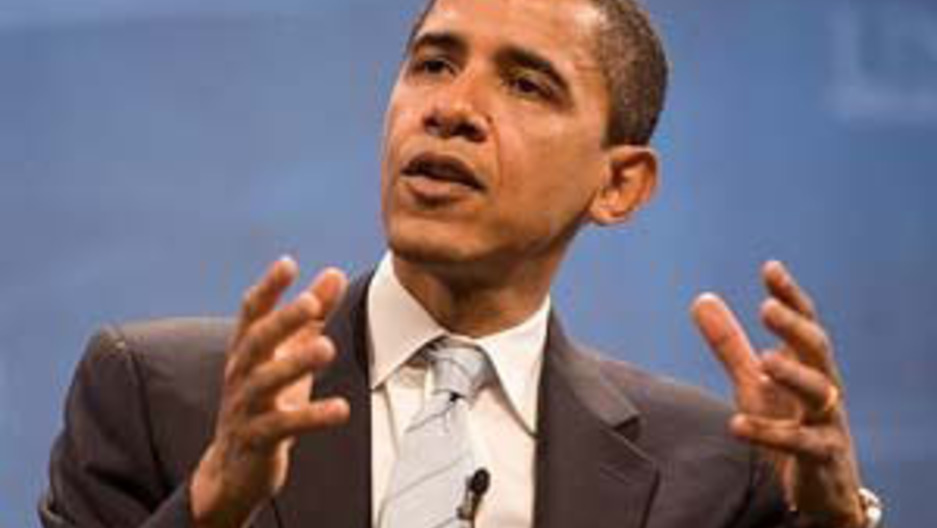 Last week, a storm was brewing among democrats over the chairmanship of the powerful House Energy and Commerce committee. California representative Henry Waxman was challenging Michigan's John Dingell, who held the job for 28 years.

Representative Dingell, a stalwart supporter of the auto industry, had been a long time opponent of stiffer fuel economy standards. Congressman Waxman is a longtime champion of environmental causes. When the results were counted, Waxman won by 15 votes, delighting many environmentalists.

Senator Barbara Boxer: "I think Congressman Waxman will be a great chairman, but for me as a Californian, I've watched Henry over the years. I could not frankly have a better partner as we head into these days and I think it just signals the change, the sea change. It's momentous. The problems are momentous as well."

When Congressman Waxman takes up his new chairmanship, he'll find he has a strong supporter in the White House – especially when it comes to climate change. This past week, President-elect Barack Obama laid out his plans to deal with global warming – a departure in substance and tone from the Bush administration. "Living on Earth's" Ashley Ahearn reports.

Barack Obama in a video-taped address to the bipartisan governors' climate conference in Los Angeles: "Few challenges facing America and the world are more urgent than combating climate change. The science is beyond dispute and the facts are clear. Sea levels are rising, coastlines are shrinking; we've seen record drought, spreading famine, and storms that are growing stronger with each passing hurricane season. Climate change and our dependence on foreign oil, if left unaddressed, will continue to weaken our economy and threaten our national security."

President-elect Obama told the governors his presidency will mark a new chapter of leadership on climate change. These were welcome words to California Governor Arnold Schwarzenegger: "America has been the biggest polluter of any country in the world, up until recently. And we have the big responsibility, and as a country, we have not taken on that responsibility. Washington has not taken on the responsibility of having an energy policy or an environmental policy. And this is why I was so enthusiastic to listen to the message of President-elect Obama. To say that he wants to adopt the same regulations we have."

Obama also plans to set limits on CO2 emissions: "That will start with a federal cap and trade system. We'll establish strong annual targets that set us on a course to reduce emissions to their 1990 levels by 2020 and reduce them an additional 80 percent by 2050. Further, we'll invest 15 billion a year to catalyze private sector efforts to build a clean energy future. We'll invest in solar power, wind power and next generation biofuels; we'll tap nuclear power while making sure it's safe, and we will develop clean coal technologies."

These remarks indicate that the president-elect plans to make good on the climate change and energy promises he made during the campaign.

The renewed pledge drew tentative praise from Nick Berning of Friends of the Earth: "On balance it's a very strong plan – he's signaling real leadership, he's signaling that he's prioritizing this issue, and that he's going to work to help us win the fight against global warming. That said, there are a number of details here that we're encouraging Obama to rethink. First, we're calling for a greater reduction in emission by 2020. We also applaud Obama's focus on clean energy and energy efficiency, and we're hoping he'll keep the focus on those and de-emphasize some of the other things he's talked about, including nuclear power and coal."