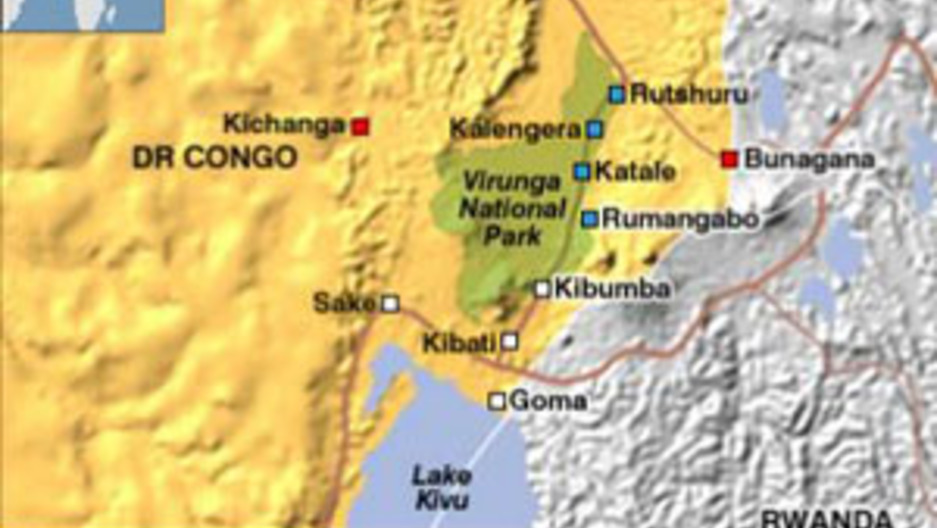 The Democratic Republic of Congo is rich in copper, gold, and diamonds; yet there is still much misery, anarchy and violence in this central African nation as anywhere in the world. Now, a battle for power between government and rebel forces has turned a difficult humanitarian situation into a catastrophe.

Aid workers in a rebel-held area are trying to locate and help tens of thousands of people displaced by fighting.

"The World" host Lisa Mullins gets an update from Erna Vangoor, who is in the eastern Congolese city of Goma for the humanitarian group Doctors without Borders.

The security situation has prevented aid from getting beyond the regional capital of Goma, and Vangoor says her group is trying to be very impartial in order to negotiate access: "At the moment we are working in four hospitals in this province, we are working in clinics, we are working in mobile clinics ... where others cannot work, we are providing items -- shelter, blankets, food ... obviously we would like to concentrate on medical care ... but if there are no other groups on the ground who can provide other essential items, like water -- specifically water because that's the first thing that people need, clean water -- then we are getting involved in that and we have capacity to deal with that as well."

More on the conflict in Congo from "The World."