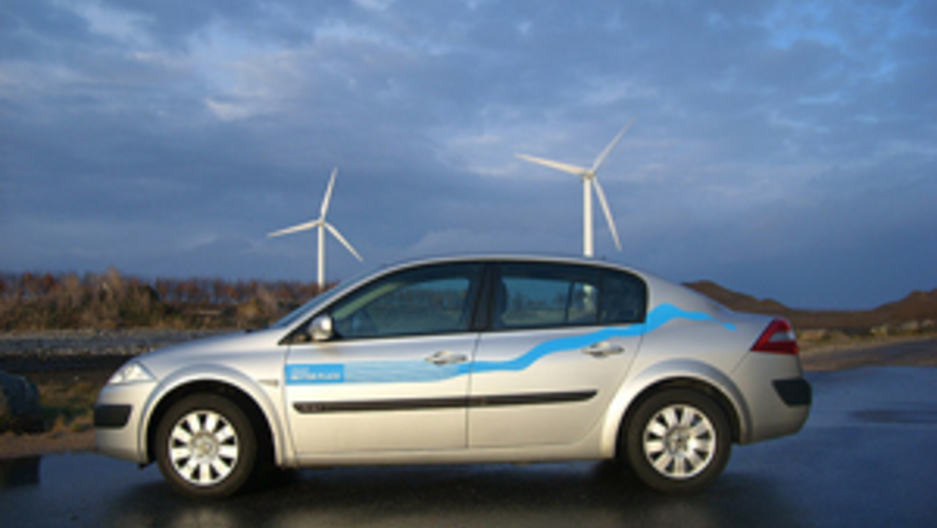 Better Place just happens to be the name of his new company which he promises will make us rethink how we drive. Israel and Denmark were the first countries to sign up for the Better Place plan. Now Australia is on board, too.

ROTH:  "Shai figured out a new business model. You don't usually hear about business models as being things that change the world, but he thought of a business model that would – he thinks – get us off oil. Thinking about cars like, as if they are cell phones.

"The way this would work is, basically, you would get your car through Shai's company. He doesn't make the cars. He only works with the car companies to make sure that they have cars that work on his standards. He buys the batteries and then you buy an electric car from him. You buy a plan. You get a certain number of miles per month that you can drive or you get an unlimited plan – it's just like buying a cell phone.

"And he owns the battery. He swaps it out when it goes bad. He's setting up battery exchange stations. You drive your car up, and in under five minutes the battery drops out from beneath the car and a new one pops up. And you don't really care what battery you're getting. You can get any old battery because you don't own it. As long as it works, is all that matters to you.

"(Agassi) thinks that he needs – at least in Israel – he says he needs one charging spot for every six parking spots in the country. That's how he has decided that you'll feel like you have ubiquitous charging. And he's making sure that these cars have a PC inside of them to figure out where the closest charging spots are, when you need to get charged, whether you can make it or not.

"The idea is to make it not only as easy as possible to recharge a car, but sort of fun. You'll drive and you'll have on your dashboard a bubble around your car showing how much energy you've got, how far you can get, and how far you can press the limit. Then he's thinking, down the road maybe a company puts up a charging spot and starts giving discounts - Charge a car, you go shopping at a Safeway and you get some discounts on things. It's an incentive to charge at their store rather than charging at the neighbor's store.

"If something doesn't work, this whole thing could fall apart, I suppose. But there are enough people that are betting on this, and that have a vested interested in making this happen, that it's less pie in the sky and more risky business. You know, this is not just a start up – it's a start up that's taking on big oil and big auto.

"Something's going to happen here. Will it be as big and as grand as Shai thinks it will? I don't know. We'll have to wait and see."