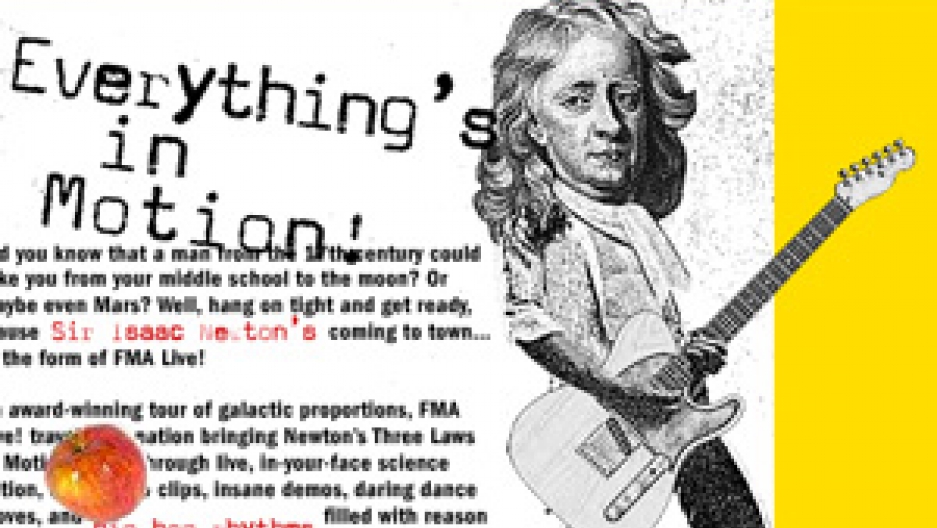 FMA Live! is a multi-media theatrical presentation that tours schools using a hip hop beat to teach Newton's Three Laws of Motion. The cast tells "To the Best of Our Knowledge's" Jim Fleming how they do it, and gives a performance.

Paula Alsell, Senior Executive Producer of the PBS series, "Nova," talks with Steve Paulson about story choice and how to interview scientists.

Walter Isaacson is the author of "Einstein: His Life and Universe." He tells Steve Paulson that Einstein had a rebellious nature and that he didn't impress his teachers. His brilliance only emerged later, and it took the world decades to catch up.

"Radio Lab's" Robert Krulwich tells Anne Strainchamps that the secret to good science reporting is to start at the beginning and go slowly so people can understand it. He says he's the leader of the pack when it comes to not getting it, and ends by saying that what he does sometimes gets him "crazy with happiness."