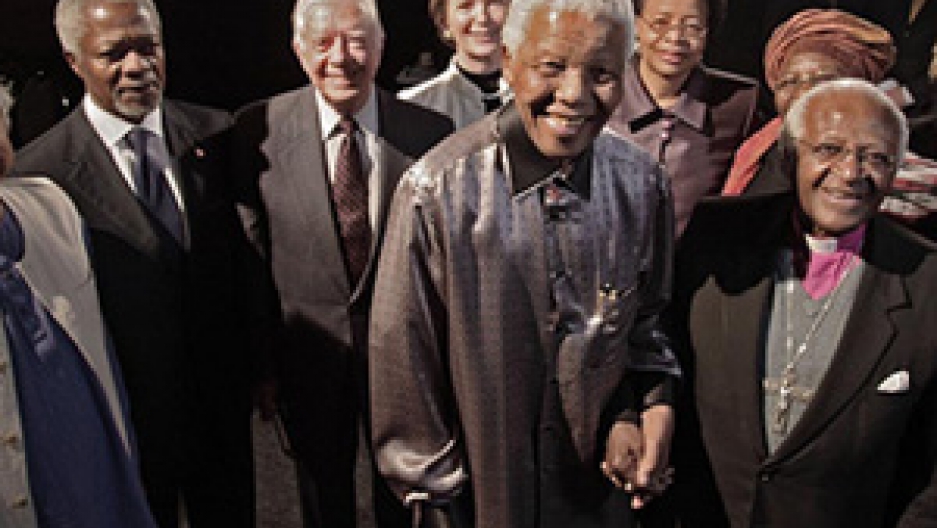 People around the globe celebrated Nelson Mandela's 90th birthday last week -- 20 years ago, nearly a billion people tuned-in around the globe to catch a historic birthday bash and concert in London, to push for his release from prison, and an end to apartheid. Mandela triumphantly walked out of prison a couple years later, and onto the world stage. -- first as South Africa's first black president, then as a tireless crusader for human rights and dignity.

Mandela recently helped launch the Elders, a group of respected former statesmen and women, working together to resolve some the world's problems.

Fellow "Elder" and former Irish President Mary Robinson talks to Tavis Smiley about the group's combined efforts to push for human rights across the globe.

Robinson says their current campaign, Every Human Has Rights, spotlights the Universal Declaration of Human Rights -- which is critical in these times of global conflict.

"The Tavis Smiley Show" is a weekly show offering a unique blend of news and newsmakers in expanded conversations, along with feature reports and regular commentators. "The Tavis Show is produced by Tavis Smiley productions, and distributed nationwide by PRI.