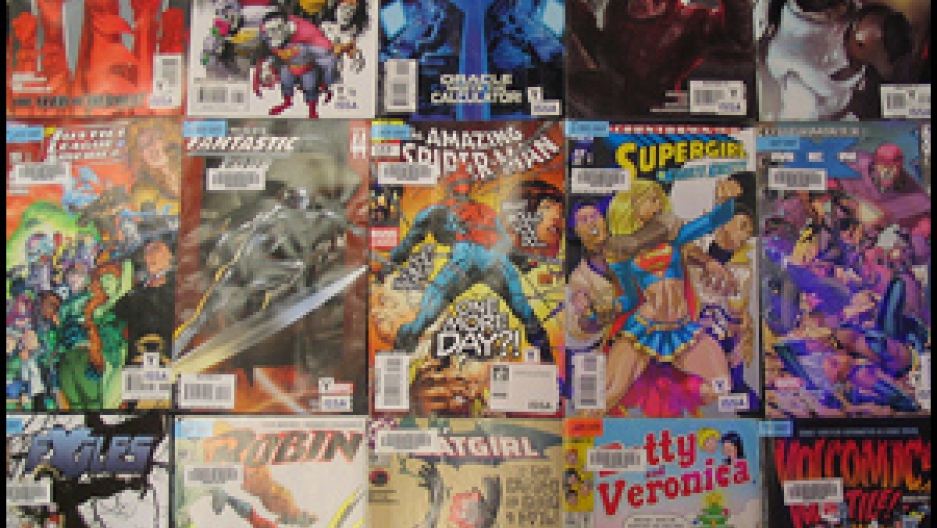 Austin Grossman design games and writes about comics. He's also the author of a novel called "Soon I Will Be Invincible." We hear produced excerpts from the book, and Grossman tells Jim Fleming that he tried to respect the comics conventions in his prose.

Douglas Wolk writes about comics and pop music for "Salon," "The Believer," "The Washington Post," and others, and is the author of a combination history and appreciation called "Reading Comics - How Graphic Novels Work and What They Mean." Wolk tells Steve Paulson why comics became such a vital medium for individual artistic expression.

Roberta Gregory writes and draws the comic strip featuring the mis-adventures of Midge McCracken. Gregory tells Anne Strainchamps where the character came from and what the response to her has been.