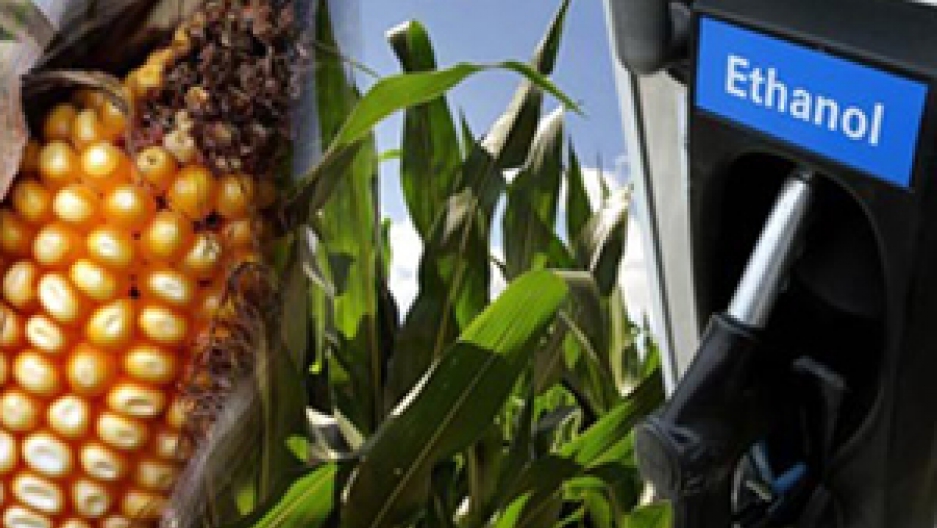 A United Nations food expert calls it a 'silent tsunami.' It's a wave of rising food prices that's triggered riots around the world, leaving hundreds of millions of poor people hungry. Devastating droughts and the escalating cost of fuel and fertilizers are certainly factors, but many experts say biofuels made from food crops are also to blame. "Living on Earth's" Jeff Young reports critics want Congress to reconsider aggressive targets to boost ethanol production.

Are you impacted by rising food costs and/or shortages? Share your story.

McCarthur genius grant-winner Lester Brown is a prolific writer on agriculture and the environment. He was at this Washington café to sign copies of what might be his fiftieth book – he's lost count. That same day the "Washington Post" ran Brown's opinion piece challenging Congress to rethink what he calls a tragically flawed policy on ethanol.

BROWN: "It's reached the point where it's driving up world food prices, creating instability all over the world. And the idea that we're doing this just to get a very modest share of our automotive fuel – it's not a solution!"

The U.S. makes four times as much ethanol as it did just six years ago, and that has swallowed nearly all the new production of corn. Brown blames that for a good share of the spike in global food prices.

There's a lot of argument about that, but several economic analysts back Brown up, saying anywhere from ten to 30 percent of the recent rise in global food prices is due to demand for biofuels. Brown sees much bigger problems ahead if that trend continues.