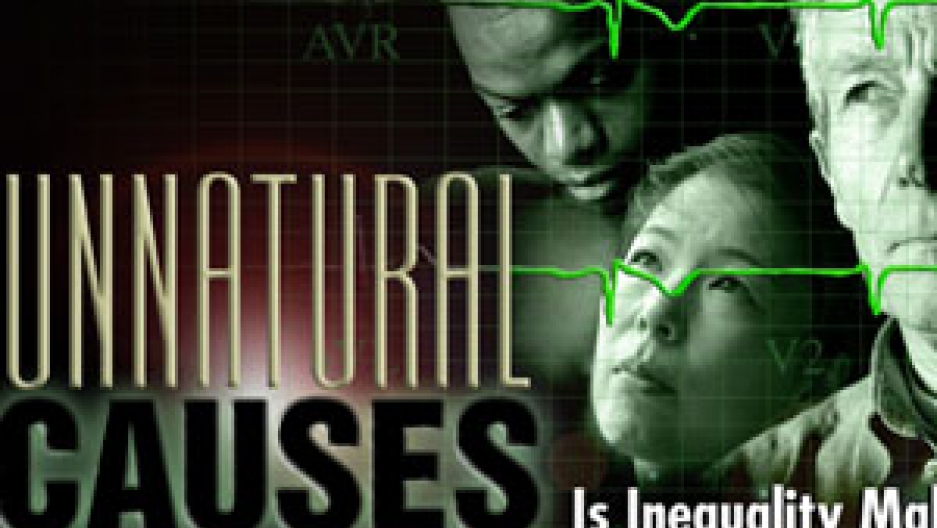 For the next month, a special PBS-TV series will explore what it is about the American experience that's so deadly to the poor and minorities. It's called "Unnatural Causes: Is Inequality Making Us Sick?" The first show, 'In Sickness and in Wealth,' examines the hierarchy and health outcomes in a hospital in Louisville, Kentucky. Llewellyn Smith is co-executive producer of the series.

SMITH: "If you imagine a ladder, with the wealthiest individuals, or wealthiest families, at the top and the poorest families at the bottom, but also imagine that there are different people all along the rung of that ladder, where you live on that ladder is a powerful predictor of what your health is going to be and how long you're going to live. It's more powerful than the personal behavioral choices that you can identify, because the research even shows that, if you have two smokers, and one is an upper-class, wealthier smoker, and one is a poorer smoker, there's a greater chance that the poorer smoker is going to have diseases associated with cancer and so on than the wealthy smoker.