Every October, a parade of opinion writers, politicians and Americans of Italian descent celebrate Christopher Columbus as someone who represents Italian Americans.

But associating impoverished 19th- and 20th-century Italian immigrants with a 15th-century explorer disavows the cultural identities of Italian Americans.

It renders the diverse histories and hardships of such immigrants insignificant in favor of a representative of European imperialism already familiar to Americans and more consistent with America’s homogenized European ideal.

As a political philosopher, I think it’s worth examining how mythologies of the past can distort reality and erase Indigenous and immigrant cultures.

Given Italian history, descendants of Italian immigrants have reason to stand in solidarity with Indigenous groups as they reclaim histories that were previously expunged.

A mass lynching remains the professed political reason for first associating Columbus with Italian Americans. In 1891, 11 Southern Italian immigrants were murdered by a mob in New Orleans.

This was not the first or last lynching of Italian immigrants in the United States. But it holds the distinction of being one of the largest mass lynchings in the nation’s history.

The killings were defended as vengeance for the murder of a police chief by unidentified assailants. Many of the nation’s papers, including The New York Times, applauded the lynching.

This media coverage contributed to political tensions between the US and the newly formed Kingdom of Italy. The following year, President Benjamin Harrison announced a one-time national observance of the 400-year anniversary of Columbus’ voyage.

Harrison’s proclamation did not mention Italy or Italian immigrants. Instead, American citizens were encouraged to observe the anniversary of “the discovery of America … as shall impress upon our youth the patriotic duties of American citizenship.”

Southern Italians, along with other Southern Europeans, North Africans and Middle Easterners, were viewed by many white Protestant Europeans as an inferior Mediterranean race. As such, Mediterranean immigrants in the US were widely regarded with contempt. 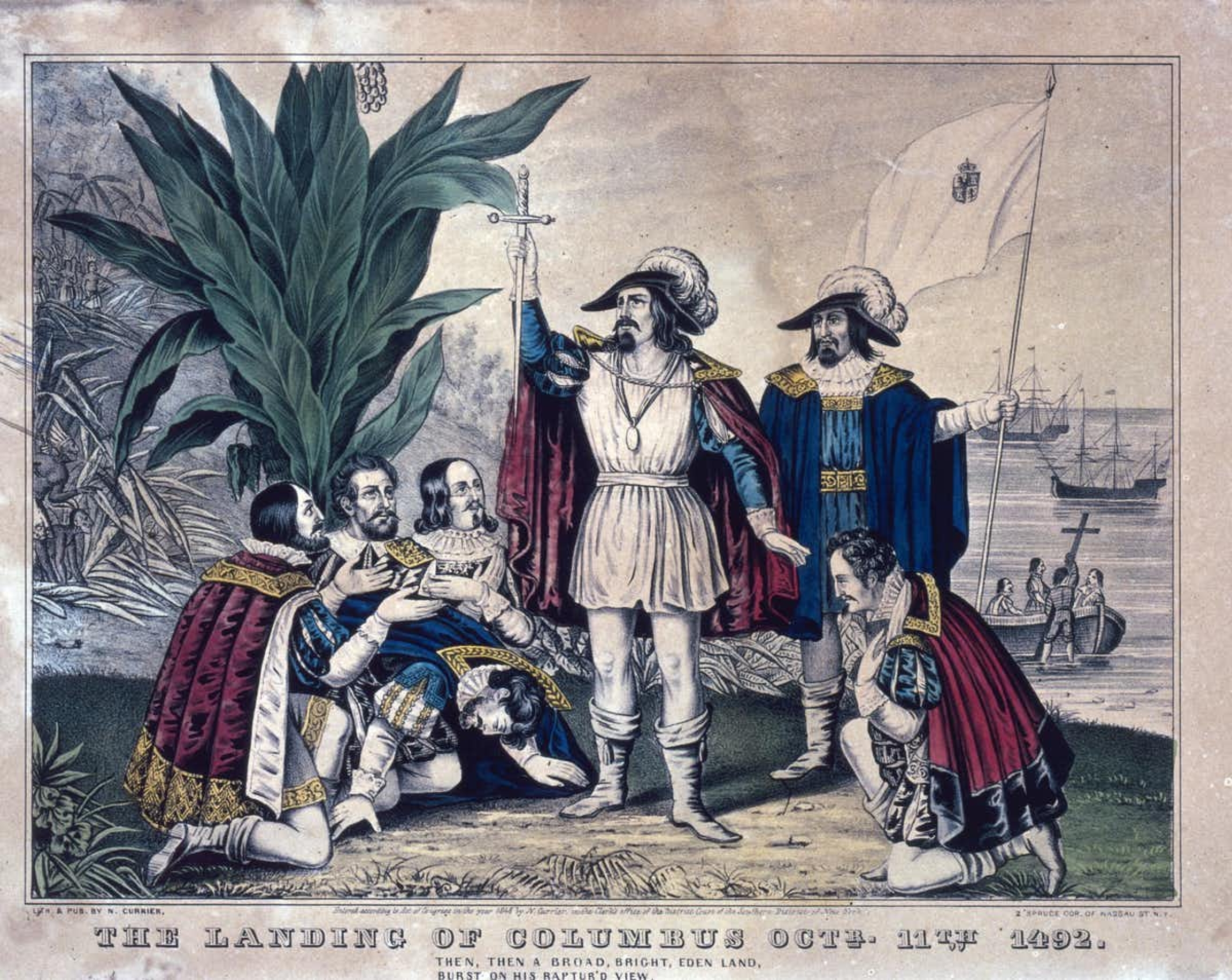 Amid racist theories marking the period, President Harrison’s proclamation signaled distinctions between glorious European figures, like Columbus, and destitute Sicilians, whose appearance was unwelcome and whose lynchings were met with approval in the press.

In a 1924 letter to The New York Times defending immigration restrictions against Italians and other Southern Europeans, the eugenicist Henry Fairfield Osborn took care to exclude the so-called discoverer of America from the tainted races: “Columbus from his portraits and his busts, whether authentic or not, was clearly Nordic.”

Columbus died long before the unification of Italy in the 19th century, but he came to be its mythologized representative. With unification, Italy’s rulers attempted to forge a new national identity among disparate peoples, with different experiences of brutal colonialism.

By the 19th century, Southern Italians were leaving Italy in large numbers to escape the entrenched poverty wrought by political and economic subjugation.

These so-called Catholic Monarchs of what is now Spain brought the Inquisition to Sicily. In the context of the long-standing cultural diversity of Sicily, the Spanish Inquisition imposed a Catholic monoculture, while literacy and other markers for social welfare plummeted.

As the historians Louis Mendola and Jacqueline Alio write of this time: “Compared to what she had been under the Byzantines, Fatmids, and Normans, Sicily was now in decline. Illiteracy became endemic, defining the educational level of the great majority of Sicilians — and indeed Italians generally — into the nineteenth century.”

As a Spanish possession, Southern Italy was culturally throttled by the Inquisition while simultaneously exploited for natural resources and taxation. The corruption, poverty and misery that prompted waves of Southern Italians to seek escape between 1880 and 1924 has its roots in this period.

As such, a significant majority of Italian Americans descend from those Southern Italian immigrants.

The feudalistic cycles of poverty from which they sought escape were maintained and enforced by the same monarchical, imperialist powers Columbus served and helped enrich.

Identifying Italian Americans with Columbus in America meant identification of Italians more generally with Columbus, rather than with the waves of disadvantaged Southern Italians leaving Italy.

Because of this, the identification served as propaganda for both the US and a newly formed Italy.

By rejecting their own association with Columbus, contemporary descendants of Italian immigrants have an opportunity to recognize the authentic cultural identities of their ancestors.

Lawrence Torcello is an Associate Professor of Philosophy at Rochester Institute of Technology.

This article is republished from The Conversation, a nonprofit news organization dedicated to spreading ideas from experts, under a Creative Commons license.