The United Nations is preparing to host pivotal conferences in the coming months on two global crises: climate change and biodiversity loss. As experts have pointed out, these issues are fundamentally, inescapably intertwined. In both cases, human activities are harming nature and the support it provides to people.

But that connection also is an opportunity. Protecting places that are both carbon- and species-rich can help slow climate change and biodiversity loss at the same time. For example, in a June 2021 report, UN biodiversity experts urged nations to establish strict protected areas and govern forests through “locally adjusted sustainable management practices.”

I study Mexican community forests, and believe they are the world’s best model of local sustainable management. My research over 30 years has shown that when Indigenous and local communities control their forests for commercial timber production, both humans and the land benefit.

As I write in my book, “Mexico’s Community Forest Enterprises: Success on the Commons and the Seeds of a Good Anthropocene,” these forests provide hope for a better future than the one now bearing down on us. 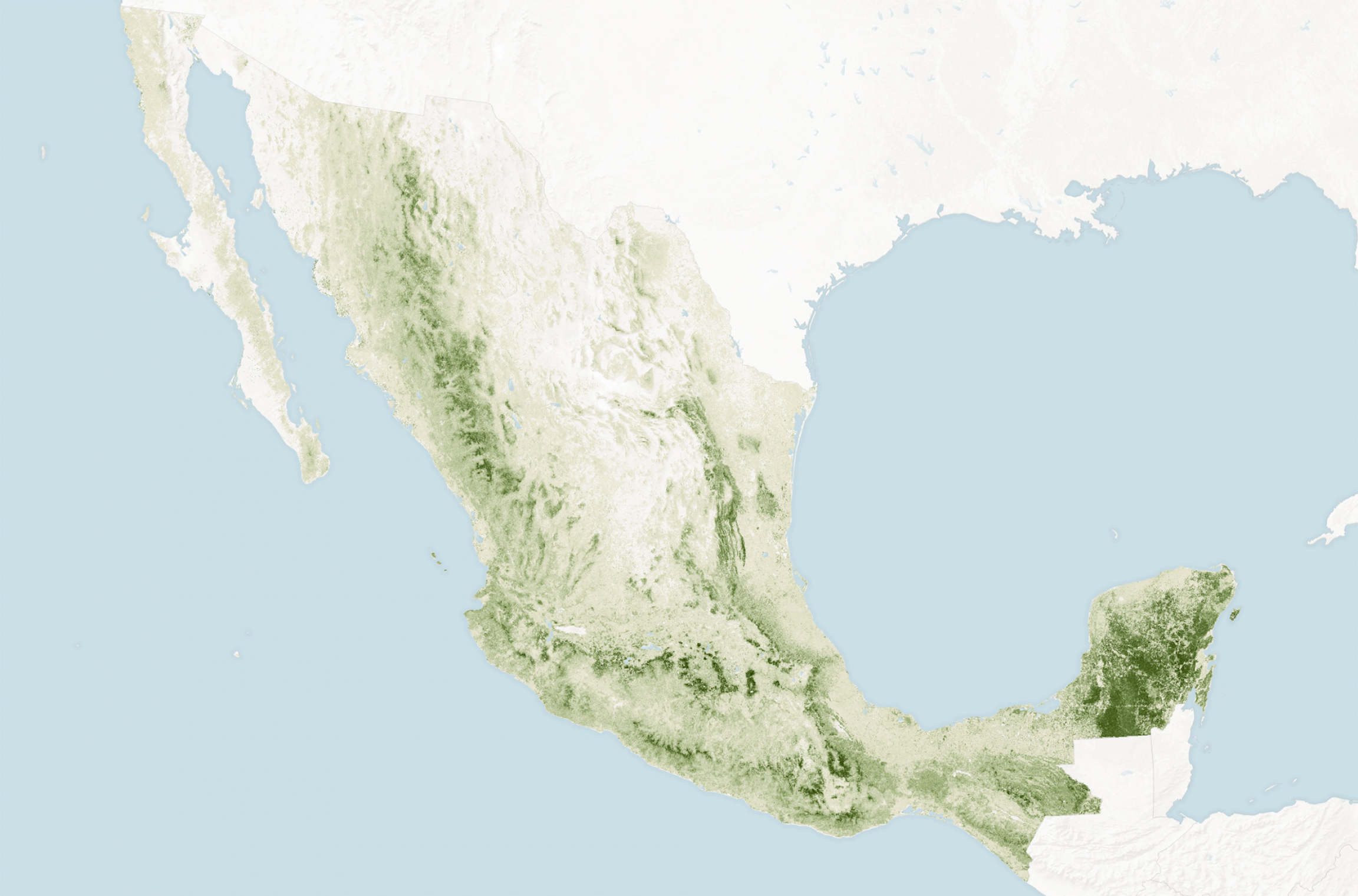 This 2014 image, derived from ground-based and satellite images, shows the amount of organic carbon stored in the trunks, limbs and leaves of trees in Mexico. The darkest greens reveal the areas with the densest, tallest and most robust forest growth.

Mexico is one of the most biodiverse countries in the world. Much of that life depends on its 165 million acres (65 million hectares) of forests, which cover about one-third of the nation’s land area.

As a result of the 1911-1917 Mexican Revolution, ownership of around 60% of the nation’s forests, totaling some 104 million acres (42 million hectares), was transferred to local communities. Over the following decades, reformers subsidized equipment and provided training in logging and business for the people who took over these important resources. Community members seized the opportunity.

This decadeslong experiment, with government support and market incentives, has produced surprising results. Today, Mexican community forest enterprises administer their common property woodlands at a scale and current maturity unparalleled anywhere else in the world.

Cutting down trees may seem like a counterintuitive way to slow climate change and species loss, but in Mexico, it works. Community forest businesses sell profitable products like timber and bottled spring water. Some 1,600 communities sustainably log over 17 million acres of forest. They carefully select only certain trees for harvesting so that forests will vigorously regrow. 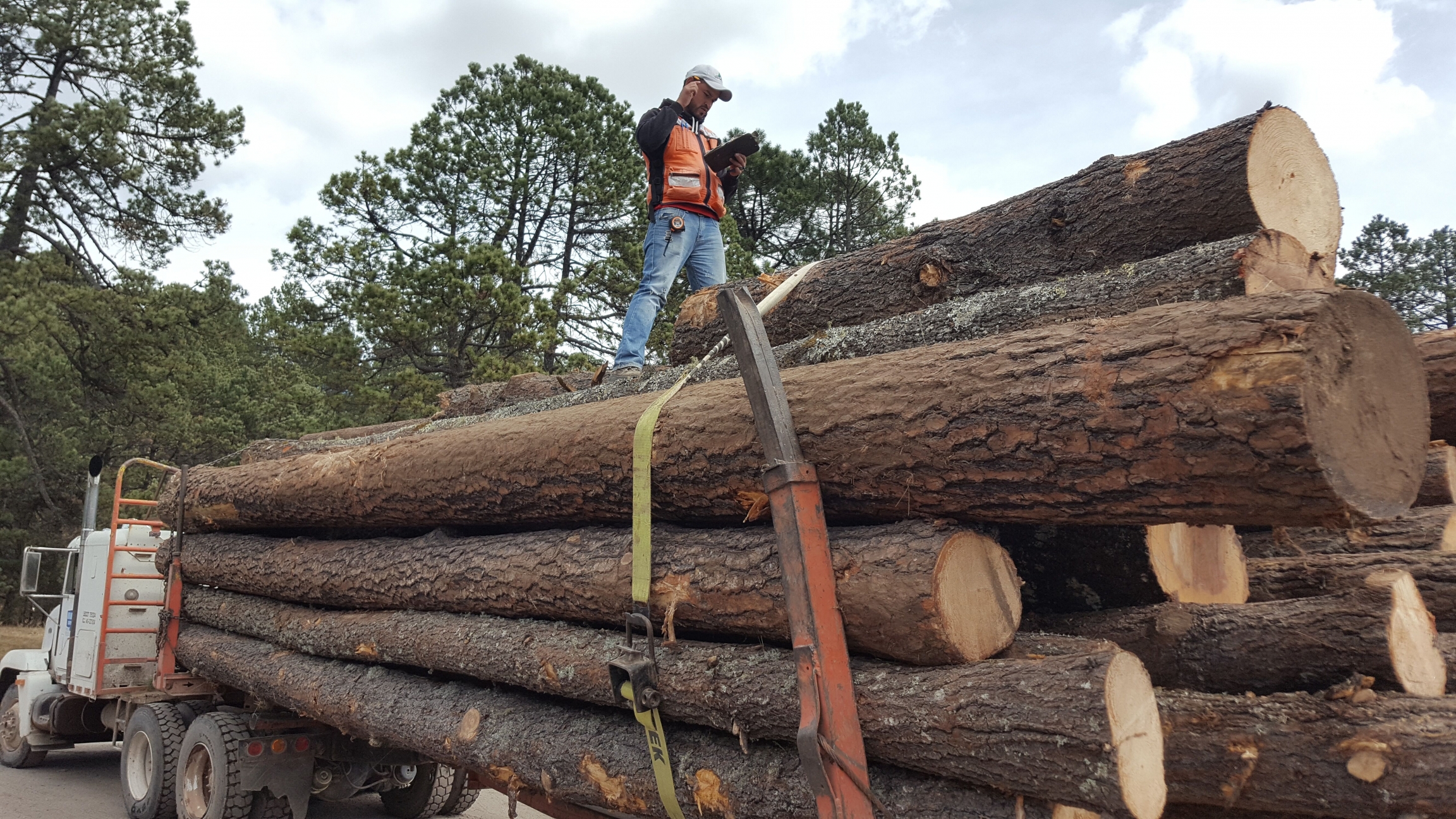 A worker measures logs harvested from community forests in Durango.

In the Sierra Norte of Oaxaca, 23 communities with a total area of over 500,000 acres have zoned their territory so that 78% of it is forested for sustainable production and conservation, leaving the remainder for agriculture and other uses.

The Sierra Norte community of Pueblos Mancomunados manages its 78,000 acres mostly as a community park focused on ecotourism. Foresters cut trees only to control bark beetle outbreaks. Zapotec Indigenous people have lived here for over 1,000 years, and residents have practiced sustainable logging for decades.

This region has some of the highest biodiversity in Mexico. New species are commonly discovered here, such as Charadrahyla esperancensis, a tree frog with a protruding snout.

These operations also benefit local economies. In a 2019 study, Mexican researcher Juan Manuel Torres-Rojo and colleagues found that in a sample of over 5,000 Mexican forest communities, government support for forestry, particularly for investments in social and human capital, significantly reduced poverty.

The most serious challenges confronting community forests are the impacts of organized crime. Gangs charge communities in several states protection money and reportedly have physically taken over community forest businesses in some northern states.

Illegal logging is also a serious problem, but it is concentrated in communities that are not managing their forests. Mexican community forests are less vulnerable to stresses like the deforestation, fire and drought that threaten large swaths of the Amazon basin because neighboring communities depend on their forests for their livelihoods and constantly monitor them. 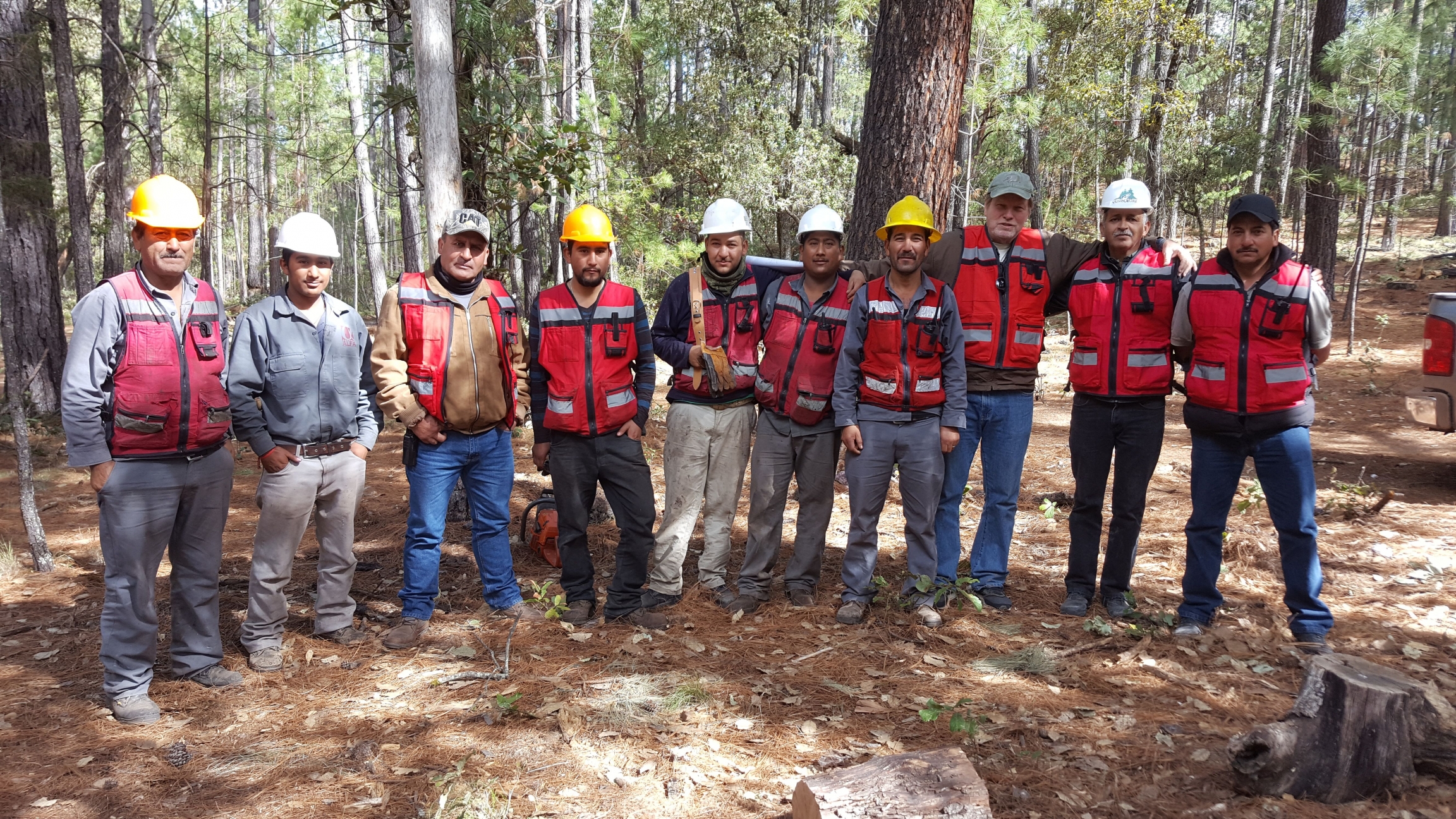 Governments of developing countries often have little money to manage protected land. Giving communities control over valuable forests and the resources to manage them is an affordable alternative.

Mexico’s community forests sustain themselves and generate profits. They do not depend on government subsidies, although they have received them over the years, as a pro-community forest public policy initiative. In my view, mobilizing community collective action around timber – a product that, unlike most small farmer crops, virtually always has a good price — is a market-oriented way to stop deforestation and conserve biodiversity.

However, many governments don’t have the political will to give this kind of ownership, management authority, training and equipment to local communities. I believe that if the results achieved in Mexico were more widely known, they could help convince other governments that promoting community forestry can deliver political stability, poverty reduction and a more livable climate.

David Bray is a professor of Earth and environment at Florida International University. This article is republished from The Conversation, a nonprofit news organization dedicated to spreading ideas from experts, under a Creative Commons license.