My journey began with a question from my then-13-year-old daughter in November of 2018: “Do you know BTS?”

But in the months that followed, she guided me through the maze of music, history and fan content surrounding this seven-member supergroup from South Korea, who are also known as the Bangtan Boys. I fell down the “Bangtan rabbit hole” — a term for deeply exploring BTS content that often starts from simple curiosity.

As a scholar of rhetoric and literacy, I was in awe of how BTS’s music brought people together from across the globe. Their fandom, known as ARMY — an acronym for Adorable Representative M.C. for Youth — is widely known for its enthusiasm. I was inspired to research BTS and use BTS in my courses on global citizenship and identity.

I felt that a shared archive of BTS resources might be helpful to students, researchers and anyone interested in learning more about BTS. From this, the #BTSSyllabus was formed. 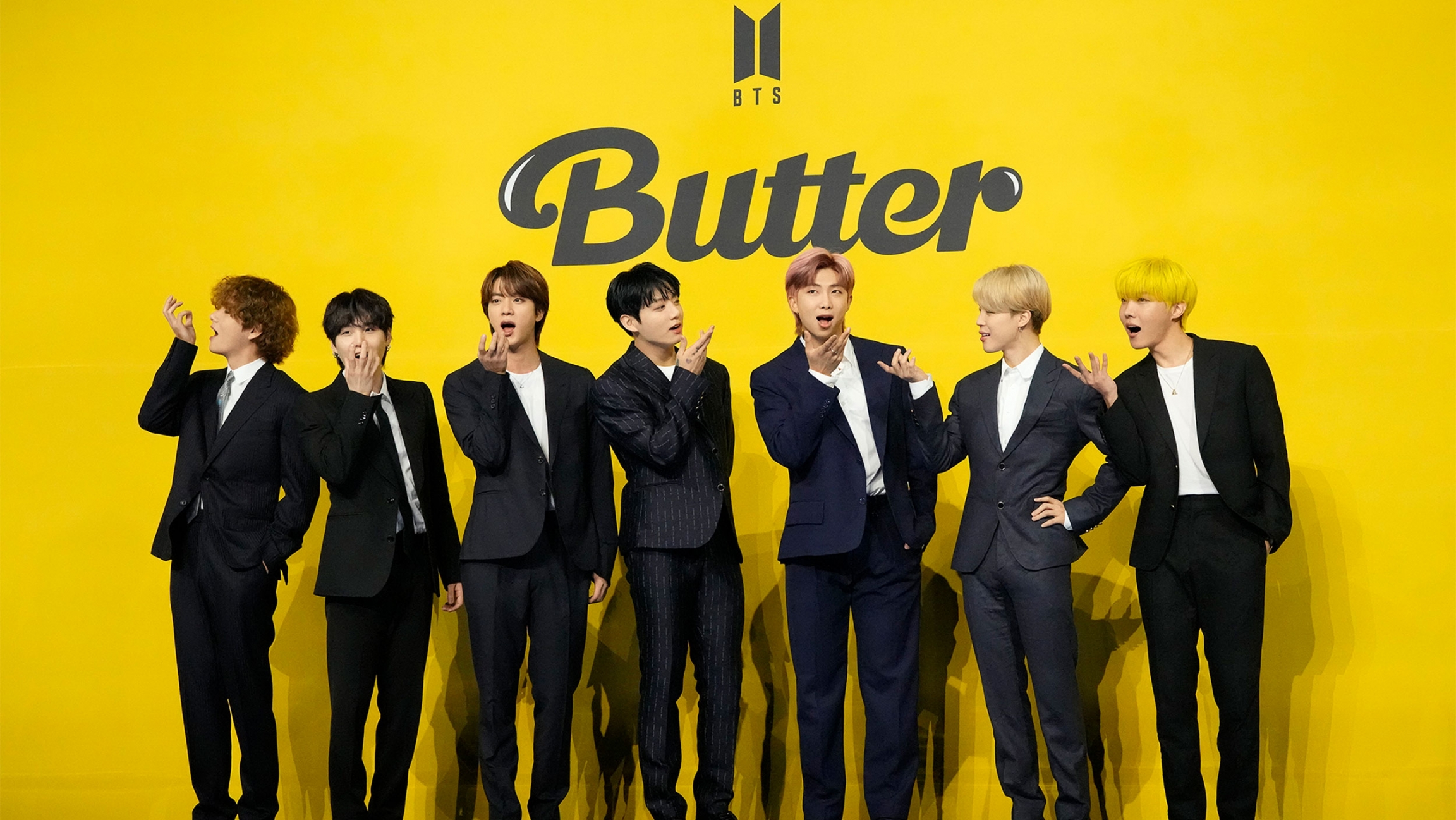 Members of South Korean K-pop band BTS pose for photographers ahead of a press conference to introduce their new single "Butter" in Seoul, South Korea, May 21, 2021.

BTS has blazed a trail with its chart-topping and genre-blending music, combined with philanthropy, humanitarian campaigns and consistent global messages of care, hope and inspiration.

The band debuted in June 2013 after the members were brought together through a combination of talent scouting and auditions. They honed their talents as singers, rappers, writers, producers and dancers. Originally conceived of as a hip-hop idol group, their focus has grown to cross and blend genres like pop, R&B, hip-hop and more. There’s debate whether BTS is K-pop, pop or something else altogether.

A course syllabus can be many things. At its most basic, it documents the contents of a class and maps out learning over the academic term.

But a syllabus is also a statement about how knowledge will be constructed and shared. For example, an instructor’s reading list might suggest which histories or perspectives will be most prominent. The tone of the syllabus — formal or casual — can also demonstrate the relationship an instructor seeks to have with students.

I introduced the #BTSSyllabus at the first BTS Global Interdisciplinary Conference at Kingston University London in January 2020. I collaborated with Jin Ha Lee, associate professor at the University of Washington and fellow BTS fan and researcher, and tweeted a poster that described our vision and process.

Traditionally, a syllabus is authored by a teacher who curates the direction of the course. We knew that ARMY’s knowledge of, and experience with, BTS was central to the project, and a crowd-sourced syllabus was the best path. So, one of our first decisions was to invite the fandom to create the syllabus with us.

In 2020, Time magazine called the BTS ARMY “one of the most active online communities in existence.” The BTS YouTube channel has 57 million subscribers, and the group’s official Twitter account has nearly 31 million followers.

This is a fandom that has created a global network of free tutoring services, composed a white paper on issues related to Korean and Japanese history and raised over $1 million for the Black Lives Matter movement.

We believed that ARMY has critical expertise and experience which those outside the community lack. Therefore, we wanted their input to drive the project.

Our process began by circulating calls through Twitter, directed to ARMY, inviting recommendations for any sources they felt would be useful for those writing about, teaching about or researching BTS. This could be content produced by journalists, academic researchers, fans and artists — really anyone, and in any language.

The crowd-sourced or hashtag syllabus — which is often circulated through hashtags on social media — has gained popularity over the past seven years. Notable ones include the Ferguson Syllabus, with resources on race and racism, and the Lemonade Syllabus, which offers a list of readings as a guide to Beyonce’s 2016 “Lemonade” album, and Black womanhood more broadly.

These projects invite public input and participation. Anyone can access them. As sources come from various perspectives beyond academia, these projects democratize the knowledge-making process and disrupt conventional — often white elitist — interpretations of events.

It’s worth noting that BTS has been subject to racist and xenophobic remarks that perpetuate anti-Asian stereotypes and attempt to trivialize the band’s impact. Their fandom, largely female, has also been the target of stereotypes about teenage “girls’ hysteria.”

As a team, Dr. Lee, one of her students and I review the recommendations and categorize the sources into official content, academic research, webinars and classes, and user-generated or fan content. To date, we’ve collected more than 200 sources representing a wide range of perspectives, from a book that uses French philosophers Gilles Deleuze and Félix Guattari’s rhizomatic theory of nonhierarchal systems to explain the BTS phenomenon to an interactive timeline of the group’s achievements. We meet monthly to update the syllabus and announce those updates on our Twitter account.

While my journey with BTS began with my daughter, at some point, I recognized that I was having my own experience with the music. I found artists who weren’t afraid to share the messy work of growth and reflection in their music. I experienced it quite personally in BTS’s 2020 single “Black Swan,” which describes the fear of losing one’s greatest passion. As a writer, I’ve known that fear my entire career.

But discovering BTS also helped me rethink questions I’ve been asking for close to a decade: What does it mean to be a citizen in this world? How do people learn citizenship practices outside of traditional institutions? How do we use language to build community, resist oppression and seek joy? BTS encouraged me to consider new possibilities for what a cultural movement can be and inspire.

Just as BTS’s music builds a rich archive of complex experiences and connections for its fans, my hope is that our syllabus will reflect the same.