What is the cost of propaganda, misinformation and conspiracy theories? Democracy and public safety, to name just two things. The United States has received a stark lesson on how online propaganda and misinformation have an offline impact.

For months, Donald Trump has falsely claimed the November presidential election was rigged and that’s why he wasn’t reelected. The president’s words have mirrored and fed conspriacy theories spread by followers of the QAnon movement.

While conspiracy theorists are often dismissed as “crazy people on social media,” QAnon adherents were among the individuals at the front line of the storming of Capitol Hill.

QAnon is a decentralized, ideologically motivated and violent extemist movement rooted in an unfounded conspiracy theory that a global “Deep State” cabal of satanic pedophile elites is responsible for all the evil in the world. Adherents of QAnon also believe that this same cabal is seeking to bring down Trump, whom they see as the world’s only hope in defeating it.

The evolution of QAnon

Though it started as a series of conspiracy theories and false predictions, over the past three years QAnon has evolved into an extremist religiopolitical ideology.

I’ve been studying the movement for more than two years. QAnon is what I call a hyperreal religion. QAnon takes popular cultural artifacts and integrates them into an ideological framework.

QAnon has been a security threat in the making for the past three years.

The COVID-19 pandemic has played a signficant role in popularizing the QAnon movement. Facebook data since the start of 2020 shows QAnon membership grew by 581% — most of which occurred after the United States closed its borders last March as part of its coronavirus containment strategy. 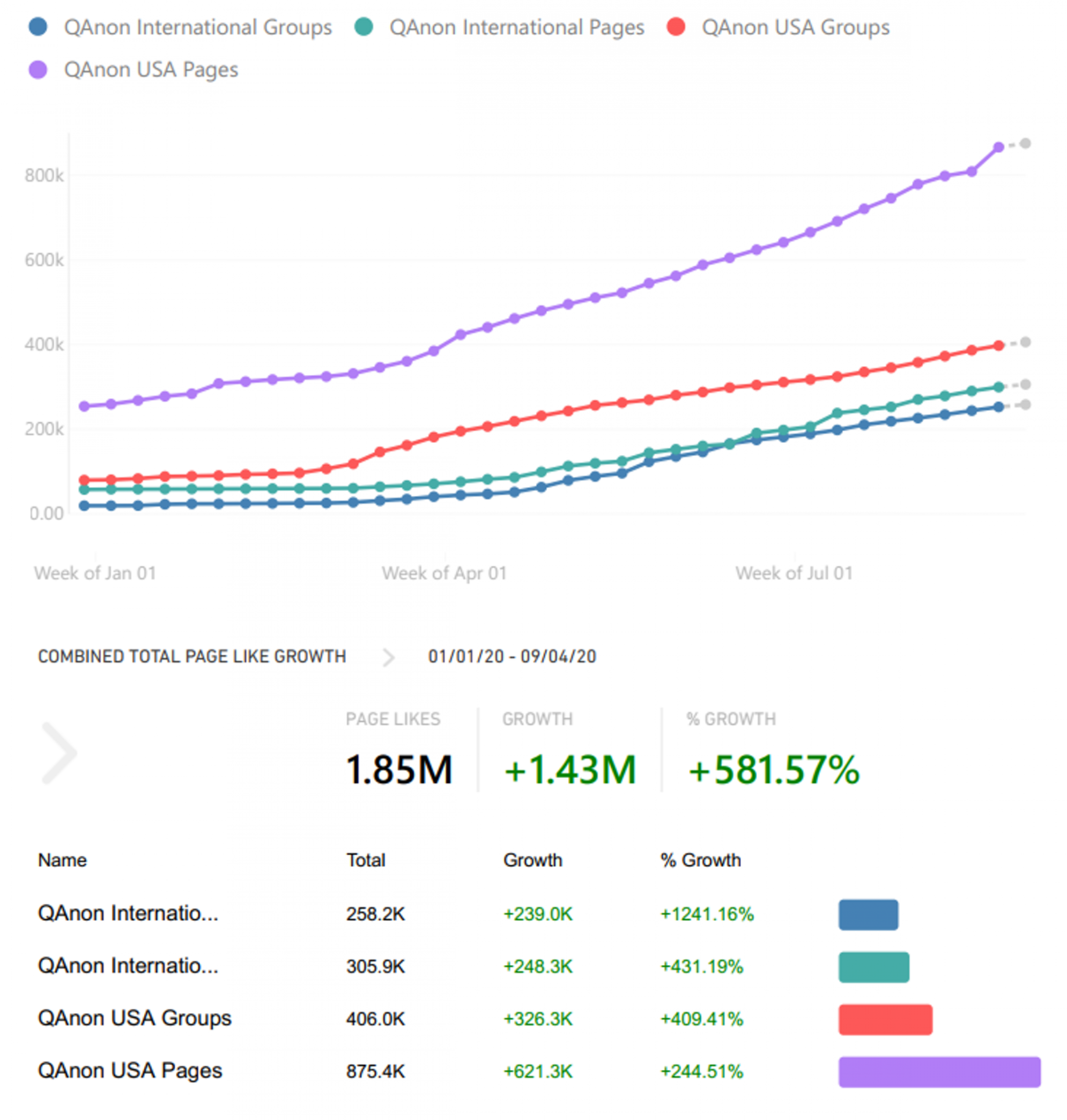 Aggregate growth of QAnon membership in Facebook groups and pages between January and September 2020.

As social media researcher Alex Kaplan noted, 2020 was the year “QAnon became all of our problem” as the movement initially gained traction by spreading COVID-related conspiracy theories and disinformation and was then further mainstreamed by 97 US congressional candidates who publicly showed support for QAnon.

The essence of QAnon lies in its attempts to delineate and explain evil. It’s about theodicy, not secular evidence. QAnon offers its adherents comfort in an uncertain — and unprecedented — age as the movement crowdsources answers to the inexplicable.

QAnon becomes the master narrative capable of simply explaining various complex events. The result is a worldview characterized by a sharp distinction between the realms of good and evil that is non-falsifiable.

No matter how much evidence journalists, academics and civil society offer as a counter to the claims promoted by the movement, belief in QAnon as the source of truth is a matter of faith — specifically in their faith in Trump and “Q,” the anonymous person who began the movement in 2017 by posting a series of wild theories about the Deep State.

The year 2020 was also Trump finally gave QAnon what it always wanted: respect. As Travis View, a conspiracy theory researcher and host of the "QAnon Anonymous" podcast recently wrote: “Over the past few months …Trump has recognized the QAnon community in a way its followers could have only fantasized about when I began tracking the movement’s growth over two years ago.”

Doubts about the validity of the election have been circulating in far-right as well as QAnon circles. Last October, I wrote that if there were delays or other complications in the final result of the presidential contest, it would likely feed into a pre-existing belief in the invalidity of the election — and foster a chaotic environment that could lead to violence. 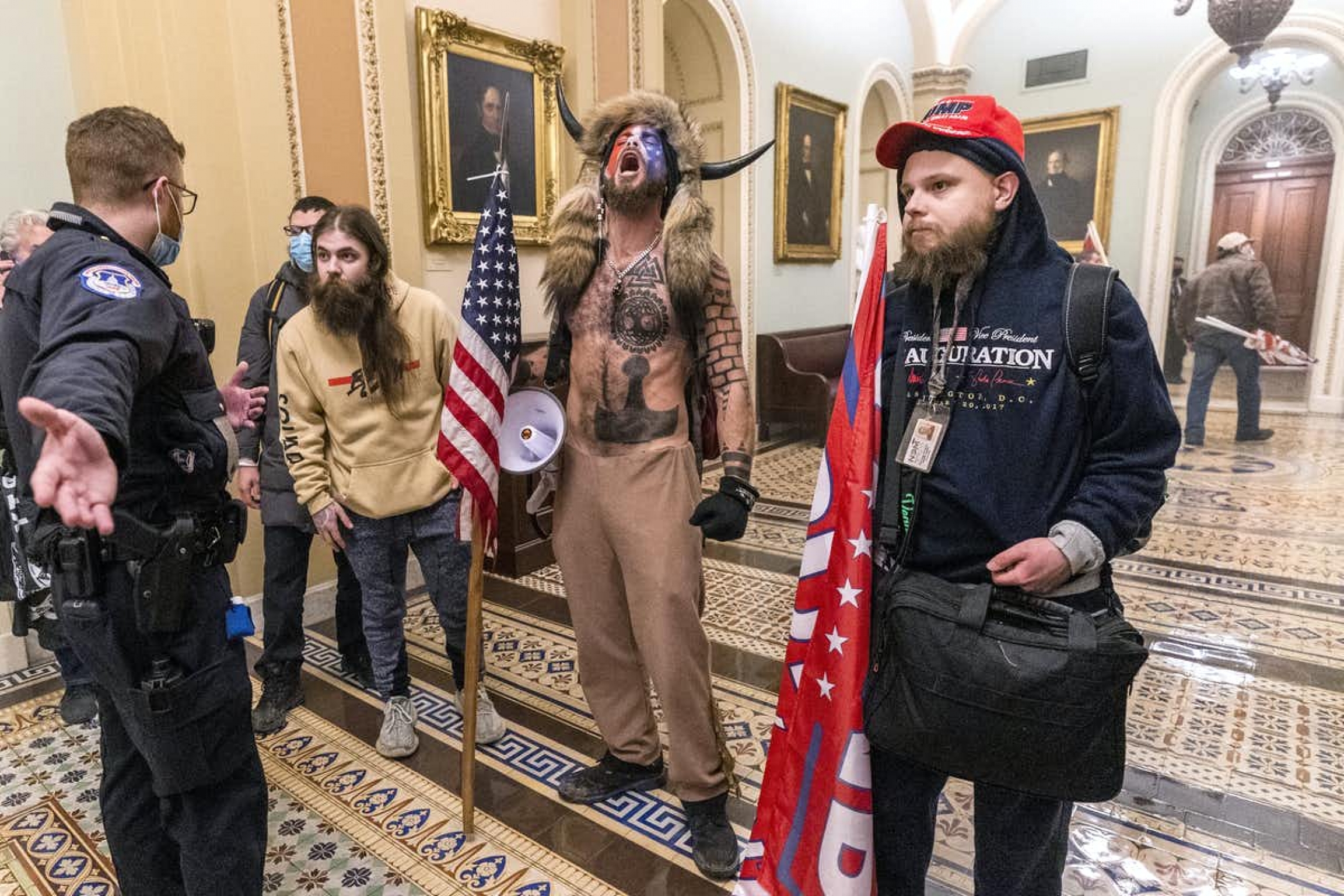 A shirtless man known as the "QAnon Shaman" was one of the high-profile members of Trump supporters who invaded the US Capitol.

The storming of US Capitol saw the culmination of what has been building up for weeks: the “hopeium” in QAnon circles that some miracle via Vice-President Mike Pence and other constitutional witchcraft would overturn the election results.

Instead, QAnon followers are now faced with the end of a Trump presidency — where they had free rein — and the fear of what a Biden presidency will bring.

We have now long passed the point of simply asking: how can people believe in QAnon when so many of its claims fly in the face of facts? The attack on the Capitol showed the real dangers of QAnon adherents.

Their militant and anti-establishment ideology — rooted in a quasi-apocalyptic desire to destroy the existing, corrupt world and usher in a promised golden age — was on full display for the whole world to see. Who could miss the shirtless man wearing a fur hat, known as the QAnon Shaman, leading the charge into the Capitol rotunda?

What will happen now? QAnon, along with other far-right actors, will likely continue to come together to achieve their insurrection goals. This could lead to a continuation of QAnon-inspired violence as the movement’s ideology continues to grow in American culture.

Marc-André Argentino is a PhD candidate in the Individualized Program for 2020-2021 and a public scholar at Concordia University. This article is republished from The Conversation under a Creative Commons license. Read the original article.