Antonina Li, a third-generation Korean Uzbek, moved from Uzbekistan to Russia in the late ’80s in search of better economic opportunities — only to face intense racial persecution for her Korean identity. Li knew she had to leave Russia when her daughter faced constant bullying and harassment because of her Asian features. So, Li began the long process of seeking asylum in the United States after living in Russia for 17 years.

Li eventually joined a community of Korean Uzbeks who live in predominantly Russian-populated neighborhoods in New York City, finding comfort in Russian-speaking communities that offer better work opportunities with Russian employers. Her journey to America is emblematic of a hundred years of escape from hardship and persecution of ethnic Koreans. Now, under the Trump administration, new immigration policy restrictions may impact this 1,000-strong community of Korean Uzbeks, some of whom came to the US seeking reprieve from harassment and assault in Russia. 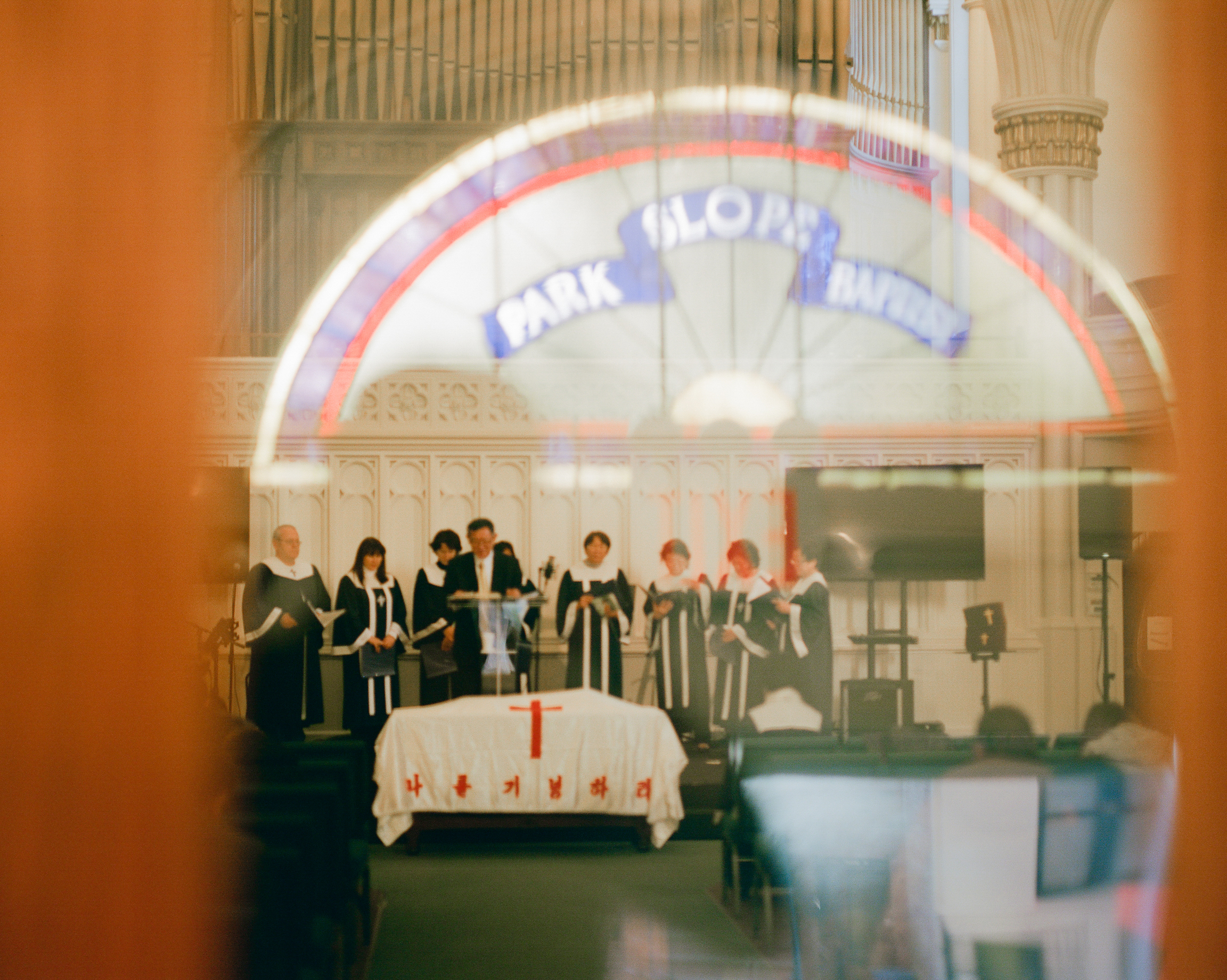 Korean Uzbeks, Russians, Kazakhs and other Russian-speaking people gather for worship every Sunday at the All Nations Baptist Church in New York City's Park Slope neighborhood.

Related: International students in US face delays for OPT visas

Korean Uzbeks come from a long line of Korean refugees known as Koryo Saram (literally translated as “Korean People”) deported to Soviet-ruled countries in Central Asia by Soviet leader Josef Stalin’s communist regime in the 1930s. According to historian J. Otto Pohl’s title, "Ethnic Cleansing in the USSR, 1937-1949,” 36,442 Korean families totaling 171,781 persons were deported in 1937 by Stalin, primarily to Uzbekistan and Kazakhstan. Through the years, these Koryo Saram assimilated into their culture, picking up the Russian language and customs while losing their own Korean language and traditions.

Li noticed that after the 1998 Russian financial crisis, locals treated outsiders with antagonism. Neo-Nazi groups and skinheads targeted those who didn’t have a “European face.” Li was attacked twice on her way home from work. “After that, you’re scared, you’re always looking around,” she said. Li said she received no protection from law enforcement officers who seemed to intentionally harass and extort people with Asian facial features. It was disheartening to live in a country where she was “nobody to that kind of people.” 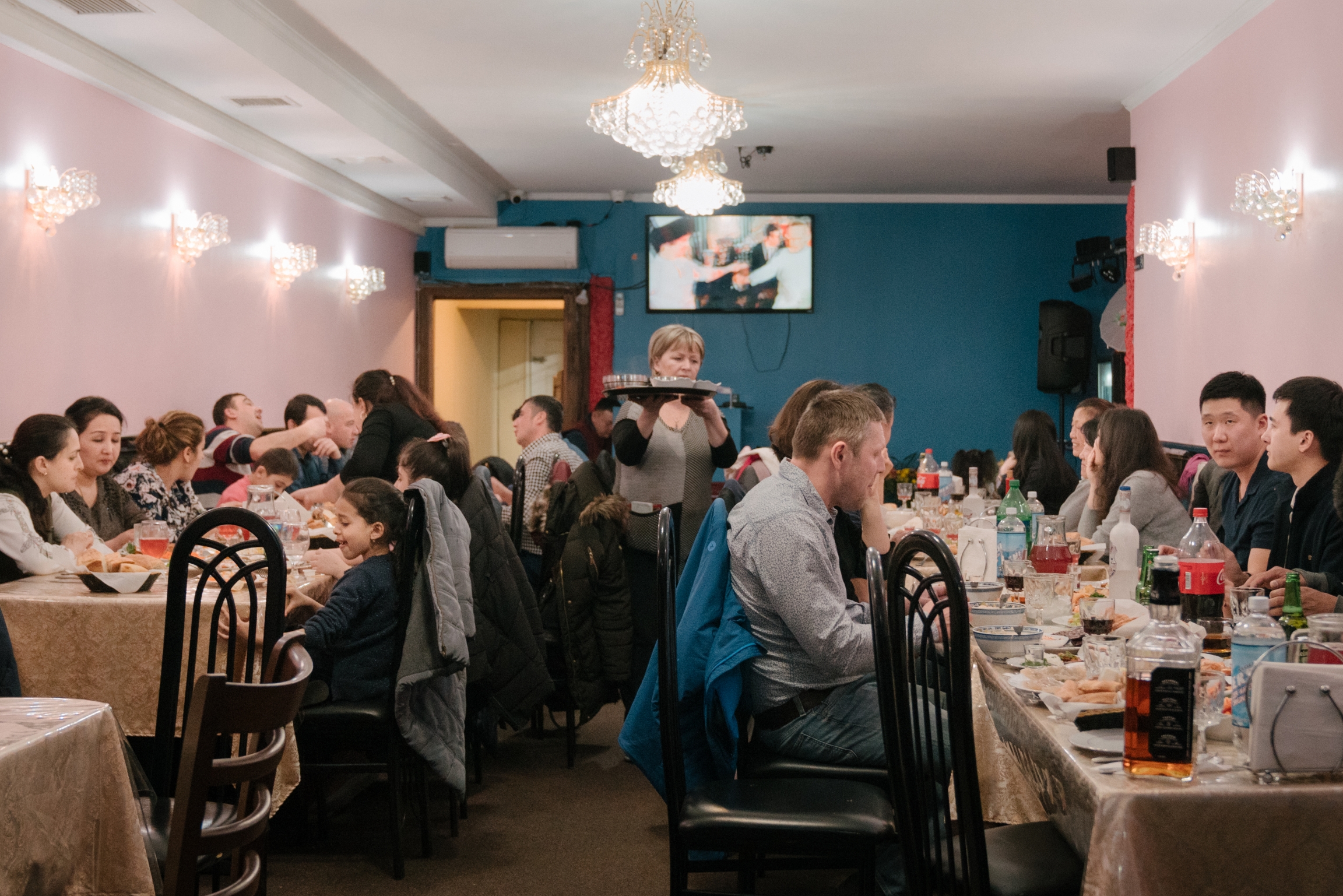 Alex Kim, a Korean Uzbek, celebrates his birthday with his friends at Cafe Lily in New York City's Bensonhurst area.

The turning point came when Li said her daughter was harassed because of “her skin, her eyes,” and called racial epithets by adults and children. She no longer saw Russia as a viable option to raise her daughter and decided to immigrate to the US after visiting on vacation. She used her entire life savings to hire an immigration lawyer who helped her seek asylum in the US. In 2009, she moved to Queens, New York, with her daughter.

According to Ismail Shahtakhtinski, a Virginia-based immigration lawyer who specializes in asylum cases from Central Asia, there are many nationalistic groups, like skinheads that want to “clean Russia from ethnic minorities” and “have a lot of the sympathies of people including the local police officers and law enforcement.” According to a 2017 report by the United Nations’ Committee on the Elimination of Racial Discrimination, Russian officials discriminated against minorities, including through “de facto racial profiling, targeting in particular migrants and persons from Central Asia, and the Caucasus.”

“Generally, if you're more successful, more visible, you have more enemies, and sort of competitors, [and thus] more chances of being subject to oppression.”

The financial success of the Korean Uzbek community in Russia made them a target for extortion and bullying. Shahtakhtinski noted that “Generally, if you're more successful, more visible, you have more enemies, and sort of competitors, [and thus] more chances of being subject to oppression.”

Toward the end of her time in Russia, Li worked as head of sales for a national clothing brand and began to face increased harassment. According to testimonials from Shahtakhtinski’s clients, extortion of successful ethnic minorities was and still is a lucrative business model for local gangs and law enforcement, who struggle financially themselves.

'You've got to work for it'

Nikolay Shegay, a Korean Uzbek martial arts instructor in New York's Park Slope, recalls that his father’s plastics factory in Russia ran smoothly until they started “earning a lot of money.” As his father’s business boomed, ex-policemen began to target the family and demanded money in exchange for protection. Faced with constant threats, Shegay’s family resorted to purchasing pistols and automatic guns for protection. They lived in constant fear. One day, despite their vigilance, they were attacked and Shegay’s father was severely injured. 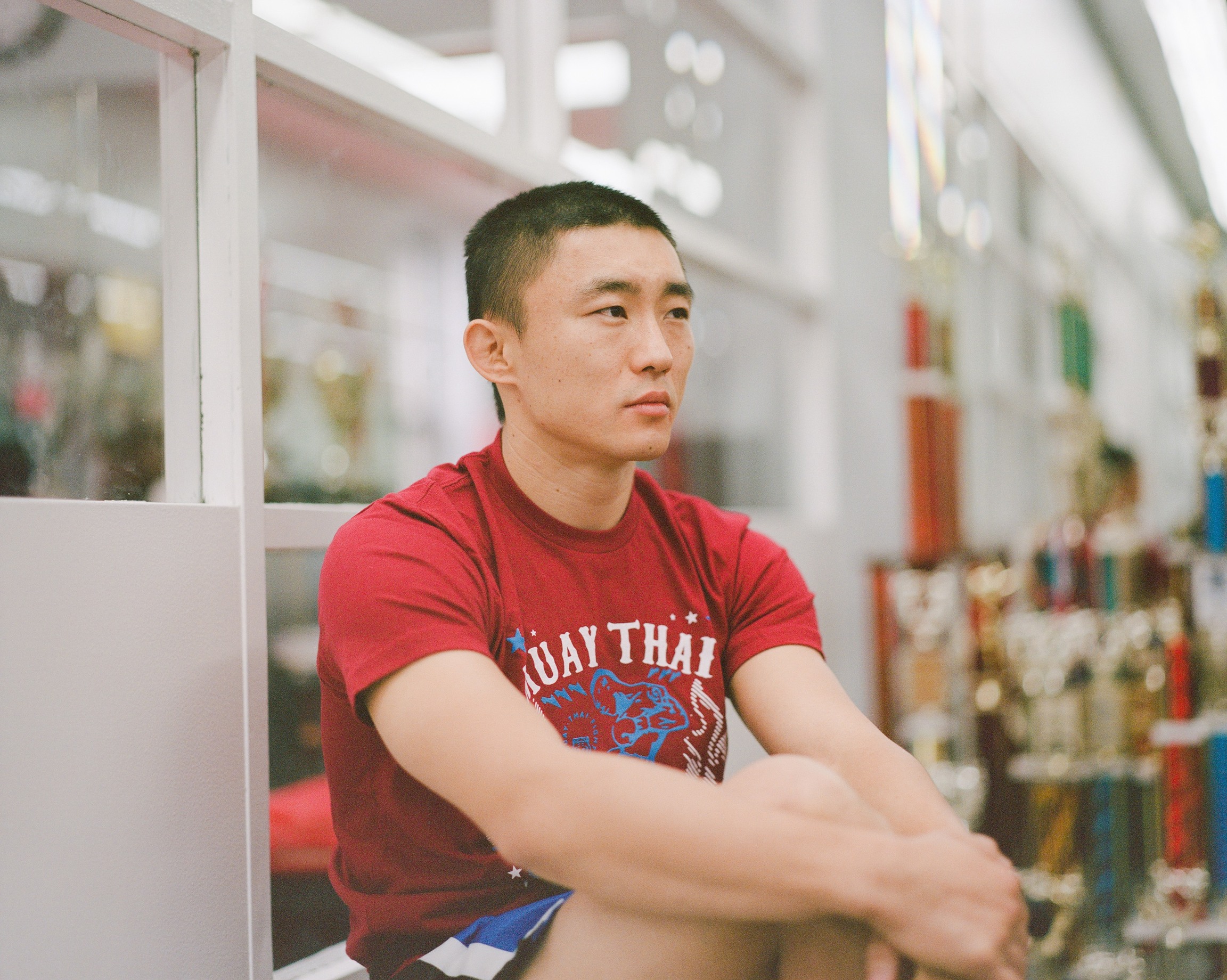 In response to the violence, Shegay committed to mastering martial arts to exact revenge. In the winter of 2010, while in South Korea training with martial arts experts, Shegay was notified that he had won a US green card lottery, which he had applied for earlier in the same year. Shegay came to the US through the Immigration Diversity Program, started in 1990, which makes 50,000 immigration visas available to applicants from countries with a low number of immigrants to the US. 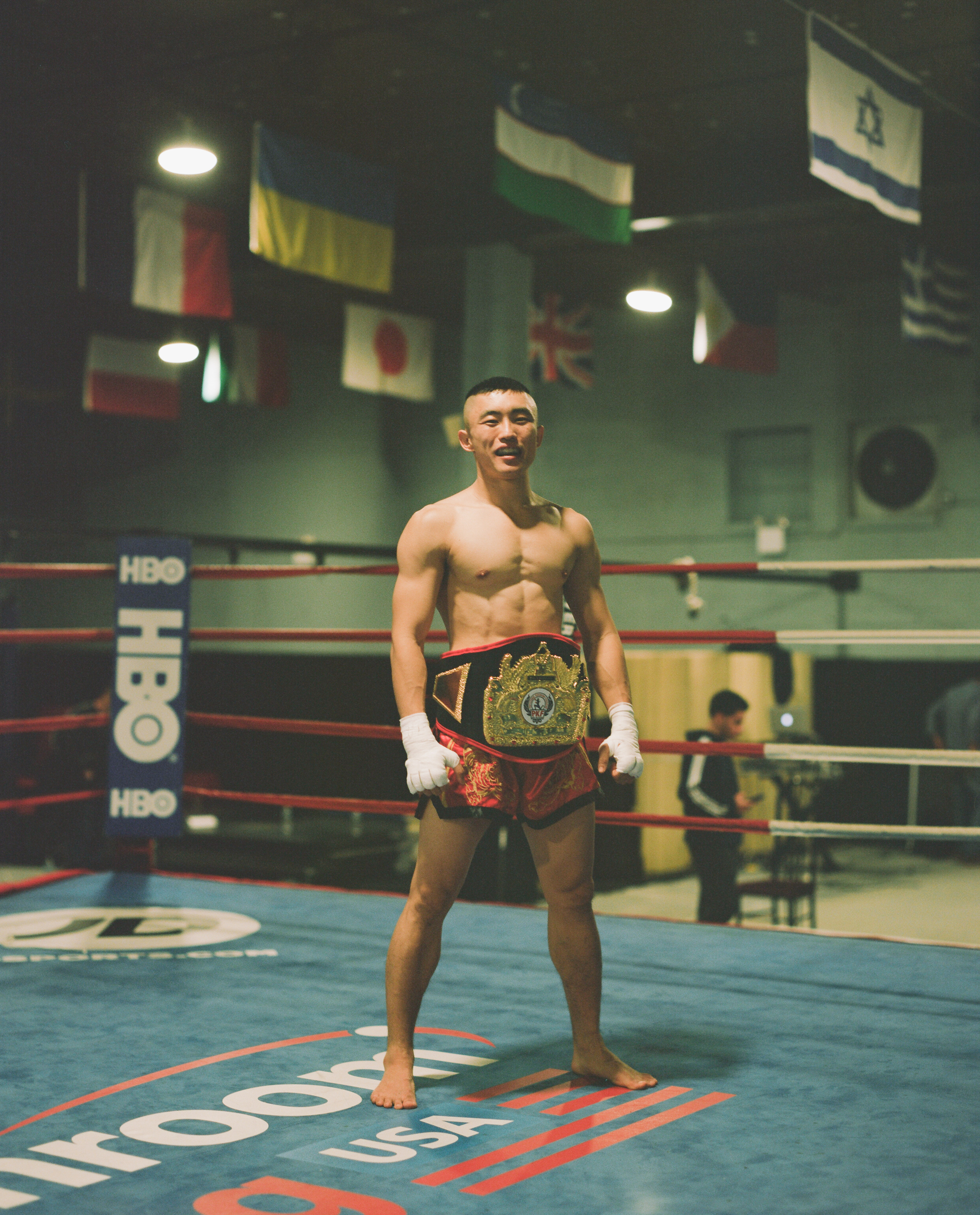 In 2017, however, Trump called immigrants coming through the lottery program the “worst of the worst” and vowed to end it. However, the US State Department announced that the lottery would continue through 2020.

Shegay moved to the US in 2012, a week before Hurricane Sandy hit and had to deal with a flooded house as his first task. As a native Russian-speaker who was unable to speak English then, Shegay worked many odd jobs “in warehouses, being a busboy” until he found Amerikick, a martial arts school in Brooklyn. He found a job as a martial arts instructor and trains to compete at amateur muay thai competitions on the side. 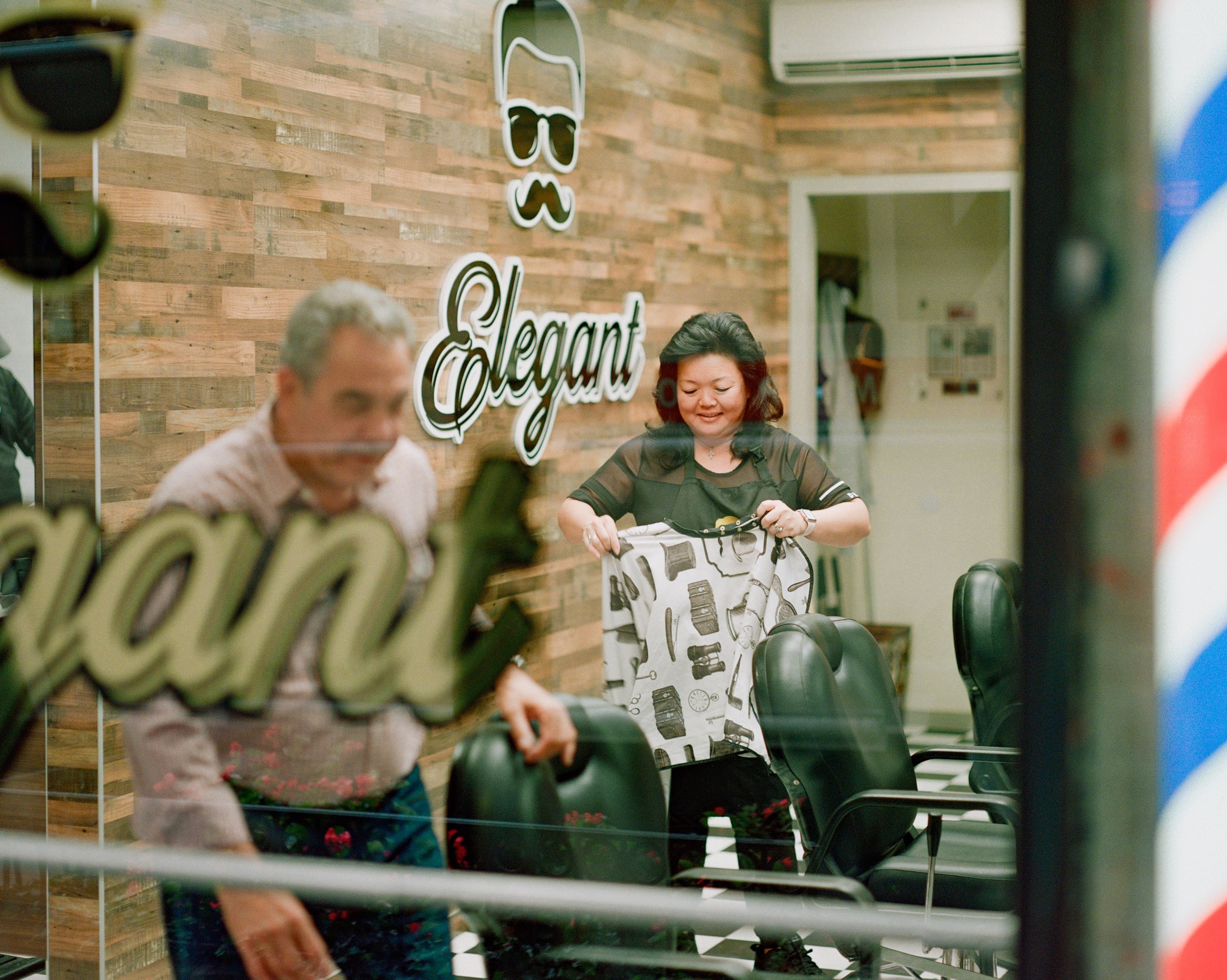 Antonina Li cleans up after cutting a regular customer’s hair.

Shegay still awaits citizenship papers and feels anxious that it might not work out because under the Trump administration, the immigration process has become more cumbersome, leading to lengthy delays in approval for citizenship. Yet, his daughter, born in the US, has a passport — and this gives him some measure of relief.

Li, now a US citizen, agrees the asylum process has become more cumbersome. “When I sent my papers [in 2009], I had an interview after one month. Now, my cousin has been waiting for four years already [in the same process]," Li said.

Despite immigration struggles, Shegay firmly believes that the American dream — “a good life, medical insurance, pretty rich life” — is attainable, but “you’ve got to work for it. It’s very possible — compared to Russia or Korea — with tenacity.”

Shegay said that Korean Uzbeks are imbued with a sense of resilience and diligence and that “no job is beneath” them. His life experiences and struggles in multiple countries taught him adaptability and allowed him to find his place in the US quickly. “I don't feel a special city or country as my home because we live on Earth, and I feel like Earth is my home," he said.

For Li, “leaving everything behind to start with nothing with her daughter” has been worth it. Her daughter graduated from the Culinary Institute of America and now works at a high-end French restaurant in New York. Li currently works at her nephew’s barbershop, Elegant Barber Shop, on the Upper East Side, and thinks about retiring in a few years. 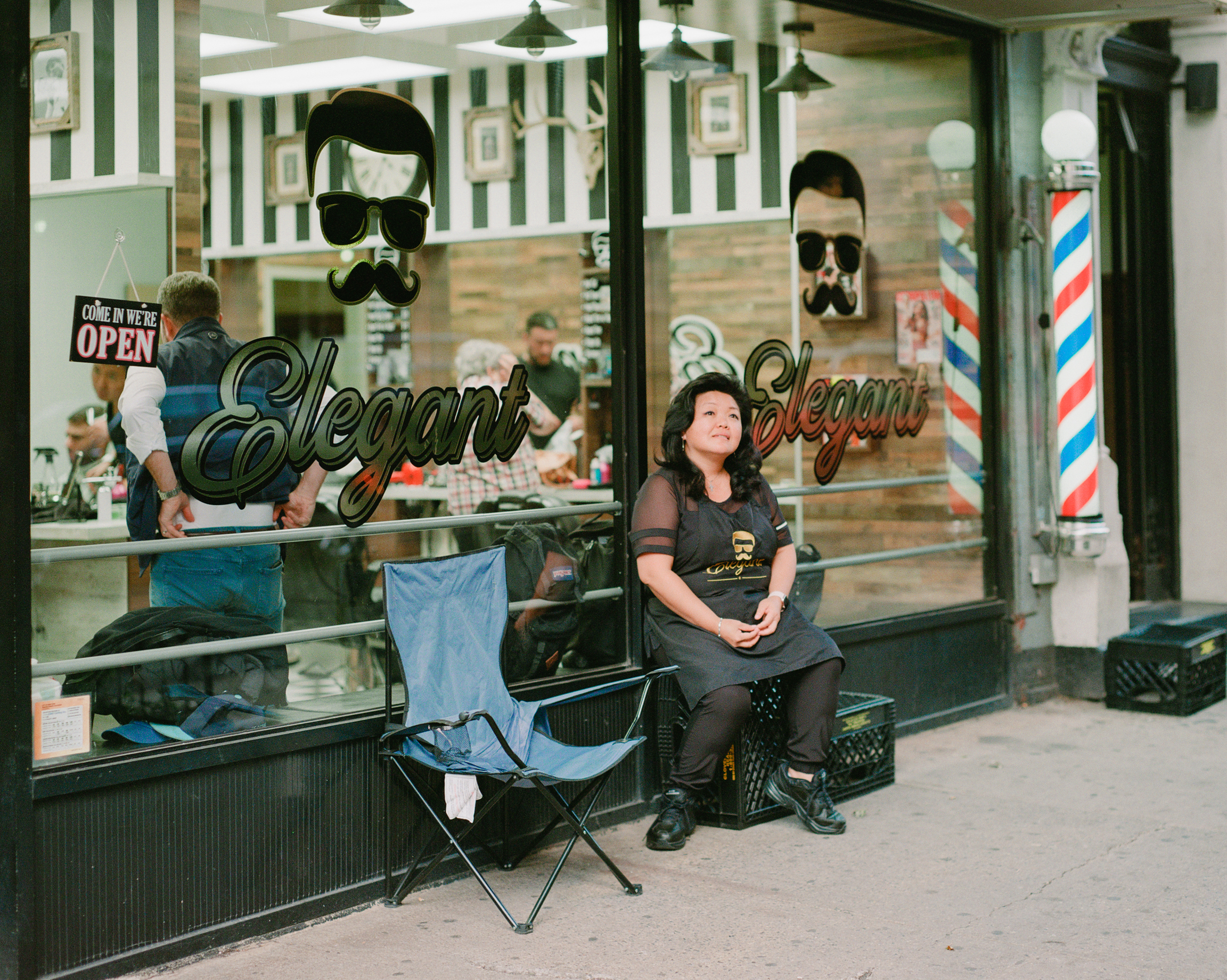 The first two years of her transition to New York were the “hardest in [her] life … but [she] never thought about moving back to Russia.” She has been able to live without any harassment based on her appearance — “Nobody cares how you look. That gives me freedom,” she said.