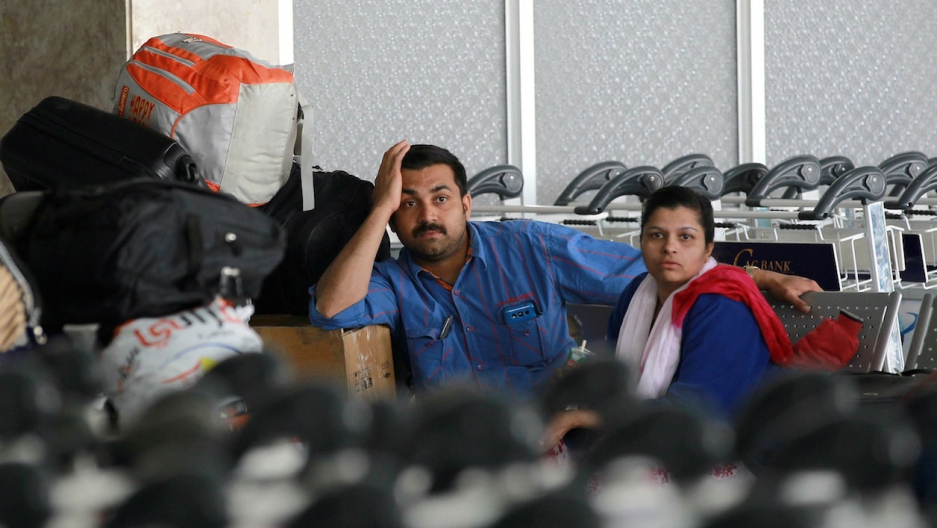 When Saudi ambassador to the United States Adel al-Jubeir told members of the press last month that his government would lead a coalition of Arab nations in a military campaign against Yemen’s Houthi rebels, Yemeni-Americans were already receiving panicked phone calls from relatives.

For thousands of Yemeni-Americans living in the US, al-Jubeir's announcement meant that their loved ones living in Yemen — also US citizens — would soon be trapped in a war zone.

Not long after the Saudi campaign began, US citizens found themselves unable to book commercial flights out of Yemen. The county's airports became targets of airstrikes, and airlines were quick to suspend operations. With nowhere else to turn, many appealed to the US State Department for help.

"We have to make a decision based on the security situation and what is feasible to do," State Department spokesperson Marie Harf said at a news conference in Washington last week.

"[The situation] is quite dangerous and unpredictable. Doing something like sending in military assets, even for an evacuation, could put US citizen lives at greater risk."

After growing pressure from Yemeni-Americans in the US and the Council on American-Islamic Relations, the US sponsored several evacuations being carried out on land and sea by the Indian government. India has since rescued more than 550 foreign nationals from 32 countries, including a dozen Americans.

For some Yemeni-Americans, the lack of official departure assistance amounts to little more than an “I told you so” from the US government after years of uncertainty.

“As I've spoken to other Americans, they do feel that [the State Department] just doesn't care about us when we can't get a definite answer on where to go or who to call. It's like they left us out to dry,” said Ameera Ahmed, a Yemeni-American woman in California. Her family relies solely on her for evacuation information.

"Yes, those that are trying and calling everywhere to get answers on what to do next and don't seem to really get anywhere. We feel marginalized.”

“To be honest with you, Yemenis are always treated as second class people. I wasn't shocked when they weren't offering help like they are supposed to do,” said Summer Nasser, a 20-year-old sociology student at Concordia College in New York.

Nasser traveled to Aden, Yemen’s second largest city, for her wedding sometime before the airstrikes. As fighting between Houthis and southern separatists intensified, she fled the city for her family’s ancestral village.

“I have reached out to the State Department via email and they have pushed aside my calls for help, briefly saying that there will be no evacuations at this time. As the security situation deteriorated, the chances of evacuations deteriorated too,” Nasser said. “The Yemeni community in America feels ashamed that they have done little to nothing to help their family and friends stranded in the country."

"They feel that because they are hardworking taxpayers and abide by the laws respectfully, they should be treating emergency cases like this as highly important. They feel that this situation is making them realize that they are marginalized, especially during an emergency situation like this one.”

Nasser says she feels safe for now and that the situation in her village is rather peaceful. Other Yemeni-Americans, however, may be unable to leave major cities.

Haitham Zabarah, a 25-year-old student and US citizen working part-time for his father, was living in Sanaa when the airstrikes began. He's now desperately searching for a way out of the country.

“We’re just trying to get to a safe zone. I don’t know exactly where that is, just any other country where there are no wars,” said Zabarah, who has to weigh his options carefully because he wife is seven months pregnant.

“I contacted the State Department. I did everything I could but they said there are no formal evacuations. They suggested that I go through Hodeida and then to Mokha and then take a boat from there but my wife is seven months pregnant. That’s a long and risky trip. I don’t know what to do. But to make matters worse, my house is right next to a military base.”

Zabarah and his wife have been unable to access the Indian government-sponsored evacuation of US citizens from Sanaa.

“Yemeni-Americans have been abandoned in Yemen — thousands want to get out," he said.

With a ground invasion looming and continued fighting among multiple factions within the country, the violence in Yemen shows no signs of stopping. Already the Arab world’s poorest country, Yemen now faces a dire shortage of food and medical supplies.

Chaloka Beyani, UN Special Rapporteur on the Human Rights of Internally Displaced Persons, implored the international community on April 8 “to prepare for massive displacement and humanitarian crisis as conflict torn Yemen further descends into chaos and civilians flee the fighting.”

“The international community must prepare for a worst case scenario. While efforts to reach a diplomatic solution are essential, the picture on the ground is extremely bleak and humanitarian responses must be stepped up as a matter of urgency,” Beyani said.

Neither the Houthis nor the Saudis have expressed a desire to end hostilities. As the conflict slogs into another week, evacuations are only becoming more difficult for Yemeni-Americans trapped in the fighting. Their families in the US, it appears, have little choice but to keep close touch with their loved ones and hope for the best.