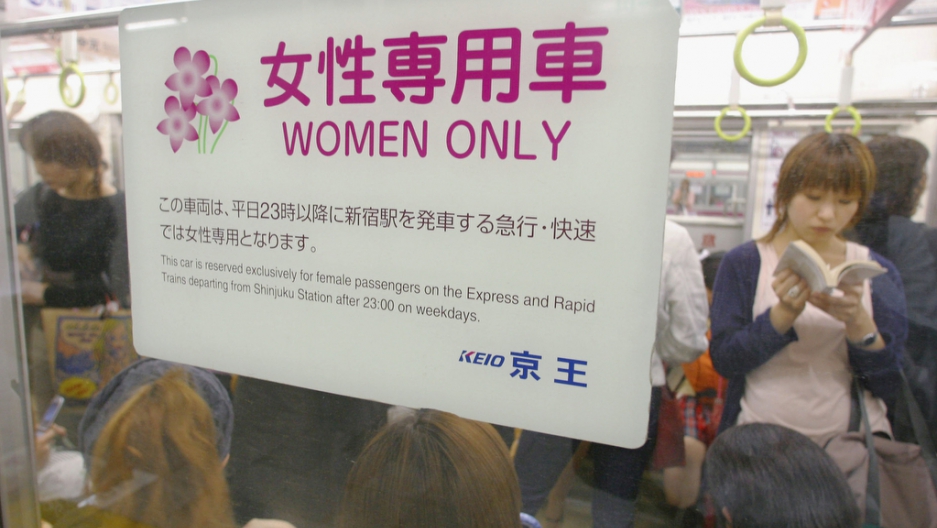 It's not easy being a woman on public transportation — and it's a problem that's becoming disturbingly universal.

From Mexico to India and Japan to Thailand, women are groped, abused and even raped while traveling on public buses, trains and in taxis.

The response to this worldwide problem, in some cases, has been the introduction of female-only transport services that literally put women out of the physical reach of potential attackers — at least for the length of the journey.

In India, where the gang rape and murder of a female student on a bus in New Delhi in 2012 and the alleged rape of a woman by an Uber taxi driver in the capital late last year have fueled the debate about violence against women, more and more female-only taxi services are popping up, with some fleets equipped with pepper spray and panic buttons.

Across the border in Pakistan, at least one enterprising woman has launched a female-only rickshaw service in Lahore to give women in the city a safer transport option. Other cities in the country, where the physical and verbal abuse of women is common, have rolled out women-only bus services.

Women-only buses can also be found in Mexico, Thailand and Guatemala, while cities in Japan, Indonesia and Brazil offer female-only train cars to women worried about being fondled — or worse — during their journey.

But is separating women from men on public transport placing the responsibility on women to avoid being abused — rather than stopping men from doing it in the first place — the right way to respond to the problem of sexual harassment and assaults?

And does it actually make women safer?

Many feminist activists say no.

“The reason many feminists don't embrace these products and services enthusiastically is that, while they help individual women avoid rape, none of them prevents rape or other violence that it is often related to,” writes feminist writer Soraya Chemaly for the Huffington Post.

“They don't reduce terror, but diffuse it. They don't dismantle myths (like the relative risk of stranger sexual assault versus acquaintance and intimate assault), they capitalize on them.

“They not only operate within parameters that accept the violence, but commodify it.”

Mari Marcel Thekaekara wrote on Amnesty International's website that the proliferation of women-only transport services is a backward step in the fight for women’s rights, but she acknowledged it was the only option available

“I am sad that after 40-plus years of feminism, we are regressing back to segregation. In a sense, arguably no doubt, I feel defeat,” she said.

“To me, it’s a move backwards. We are seeking safety in women-only buses, trains and taxis. But it’s the only solution currently on the horizon to keep women safe.”

Activists also say the reasons companies and governments are offering female-only services are not entirely altruistic, suggesting it's a way to drum up more business or votes.

“It’s probably some calculated PR move on their part to try and figure out how they can make people feel safer without actually acknowledging that many women haven’t been safe while riding Uber,” Emily May, executive director of Hollaback!, said of ride-hailing service Uber's announcement last month to hire one million female drivers by 2020.

“When we see all this stuff coming after such high-profile assaults, it’s almost like a token gesture. It doesn’t feel real.”