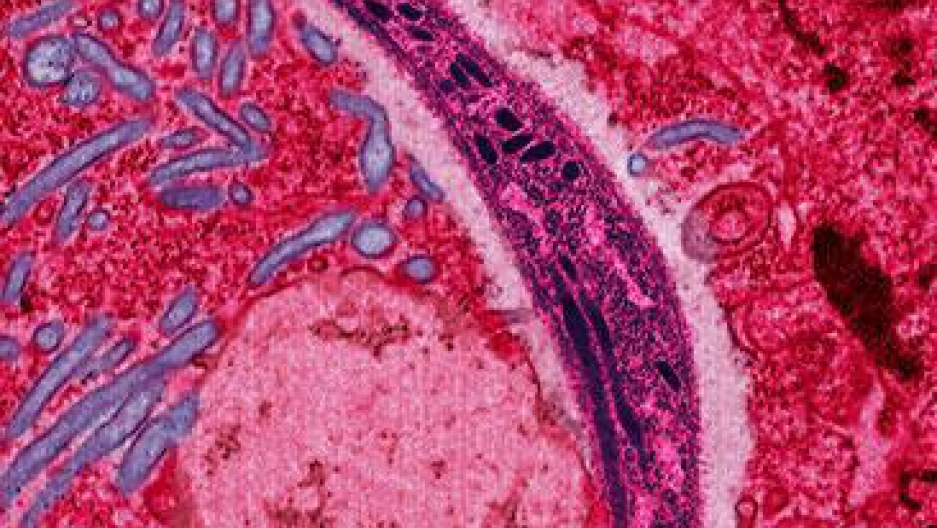 Earlier this year, scientists in the UK concluded that a morning flu shot may actually be more effective than the same vaccine administered in the afternoon, suggesting that our immune responses may shift throughout the day.

Now, a new study in the Proceedings of the National Academy of Sciences has illuminated another link between immune response and our circadian clocks, the biological process that governs the body's cycles of sleep and wakefulness: Herpes infections, it turns out, can vary in severity depending on the time of day infection — at least in mice.

The key, it seems, is that the body responds less well to infection when it is time to rest. Rachel Edgar, a University of Cambridge researcher who led the new study, explains that her team observed a tenfold increase in the amount of herpes virus when it was administered in the morning — the onset of the mouse’s rest period — compared to when the same dose was administered at night. The virus also spread more effectively throughout the body when it was administered to a resting mouse.

“I was quite surprised that it was that dramatic, because the dosing was the same,” Edgar says.

As a control, her team also infected mice that had genetically disrupted circadian clocks, and found high levels of infection across the day — no matter whether the mice were active or at rest.

The study’s findings, Edgar is careful to note, go beyond a system-level response to infection. Her team observed that individual cells infected outside the body can respond differently to infection based on the time of day.

“Every single cell in [the] body has a molecular clock,” Edgar says. “And viruses need to infect cells in order to replicate. What we went on to do was to take cells outside the body, so there’s no immune system at that point. And in fact, in those cells …we [saw] a similar pattern of variation in how well the virus replicate[d] over the time of day. So it looks to be that every cell in your body could potentially be contributing to this time-of-day effect we see in infection, not just the immune response to that infection.”

Mice are mammals, we’re mammals — how much about circadian immune responses can we extrapolate to ourselves from this study? Quite a bit, as it turns out. Cambridge researchers say the findings may explain why shift workers — whose body clocks are often disrupted and in flux — are prone to infections and chronic disease.

“What we think is likely is that people would have a more severe infection if they’re infected at the onset of their rest period, at night,” Edgar says. “And actually the [earlier flu vaccination] study goes some way to support that, because what you see with the vaccination in the morning is a stronger immune response — and that vaccination is just an inactivated influenza virus particle.”

Edgar hypothesizes that to save energy, the immune system evolved to be on highest alert when the body is active and thus more likely to encounter disease. She hopes that with more testing, medications will someday be prescribed for a certain time of day, to maximize their effectiveness.

“There is an emerging consensus that we should employ chronotherapies — using the therapies we have more effectively, depending on our body clocks,” Edgar says. “This has actually been trialed for chronic diseases. It’s been trialed for cancer drugs. If you administer the exact same drugs that we already have, but you administer them at specific times when the body is best able to utilize them, you do see a marked increase in their efficacy.”