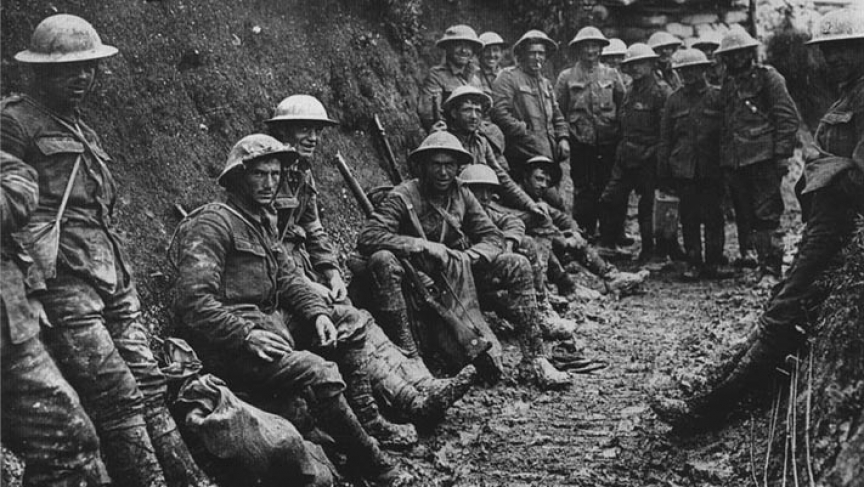 A ration party of the Royal Irish Rifles in a communication trench during the Battle of the Somme. The date is believed to be July 1, 1916, the first day on the Somme, and the unit is possibly the 1st Battalion, Royal Irish Rifles (25th Brigade, 8th Division).

When I first set out on this project in 2008, the wars in Iraq and Afghanistan were still raging. I wanted to know what it would take for those wars to end. It was almost a technical question: what conditions had to be in play for the shooting to stop? I suppose I was looking for a how-to manual. Surely the history would shed light on the present-day carnage. But after digging into the history of five different wars (Iraq, the Civil War, WWI, the 1991 Gulf War, and the war in Bosnia),  what I ended up with was less of a how-to manual, and more of a meditation on how we remember endings, and what those endings come to mean over time.

It turns out many of us have a rather mythical sense of how wars end. For me it was the image of my mother as a child at the end of World War Two. She grew up in northern England. Somewhere we have an old black and white snapshot of her on V-E day in May 1945. She's nine years old, beaming into the camera, holding a roast potato on a stick. She remembers celebratory bonfires on every street. The photograph evokes a feeling of victory, and of relief. But the end of World War II turns out to be an anomaly. Most wars don't have neat, triumphant endings; they are far messier and more inconclusive than we imagine them to be.

Check out the five-part series on "How Wars End." (It first aired on The World in October 2008)