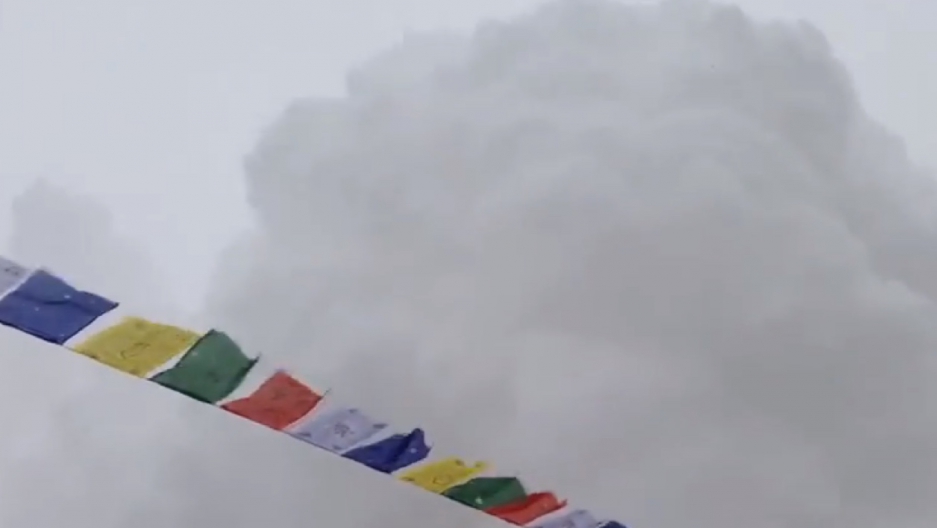 A screenshot from a video shot by a survivor of an avalanche that struck the Mount Everest base camp on April 25, 2015 after a massive earthquake in Nepal.
Share

BANGKOK, Thailand — A chilling tremor was the first sign that an avalanche was about to take out the base camp at Mount Everest. Almost immediately hikers scrambled for cover. But just as quickly, the tsunami of snow and ice crashed down all around them.

One survivor caught it on video. Most of the footage is of panicked breathing and a string of obscenities. It's terrifying:

Nepal’s earthquake on Saturday was truly catastrophic. More than 3,200 are so far known to have been killed. And that number keeps rising. Much of the crowded Himalayan country, squeezed between India and Tibet, is in ruins.

The avalanche survivor who uploaded the clip is Jost Kobusch. His YouTube channel describes him as a 23-year-old athlete who was “special forces in the German mountaineering army in the Alps.” His other videos include inspirational odes to hiking and an instructional clip on sharpening ice axes. He was one of the 15 who survived. Seventeen others were buried alive, making it one of the deadliest days in Everest's history.

A Reuters account provides graphic detail of the deadly avalanche. One survivor described it as a “monstrous sound, like the demons had descended on the mountain.” Another said it felt like a "nuclear blast."

Despite it all, some of the surviving climbers remain near the base camp and intend — if the weather allows — to push on.